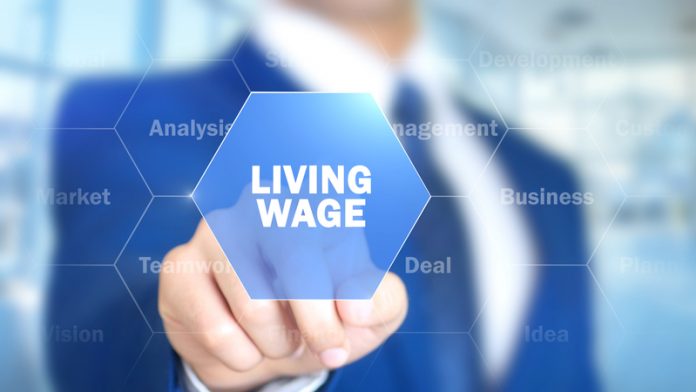 Bryan Sanderson, Chair of the Low Pay Commission (LPC), has welcomed the Government’s announcement that it has accepted in full the recommendations the LPC made for future minimum wage rates.

Bryan Sanderson, Chair of the LPC, said: “I am pleased that the Government has again accepted in full the Low Pay Commission’s recommendations for future minimum wage rates.

“The increase in the National Living Wage (NLW) to £8.21 in April 2019 will ensure a pay rise for the lowest-paid workers that exceeds both inflation and average earnings.”

Phillip Hammond announced the future rates in the Budget yesterday.

Rates for younger workers will also increase above inflation and average earnings and will apply from 1st April 2019.

Mr Sanderson added: “Over the past year, the labour market has continued to perform well and the economy, while subdued, has met the criteria of ‘sustained growth’ set out in our remit for the NLW.

“We therefore recommended an increase in line with a path to 60 per cent of median earnings by 2020.

The rationale for each rate recommendations was set out in a letter from the Chair of the LPC to the Secretary of State for Business, Energy and Industrial Strategy. The Government responded to the letter, accepting all of the LPC’s recommendations.

Mr Sanderson said that the LPC suggested smaller increases compared to last year due to a weaker labour market for young people.

The 2019 Low Pay Commission report containing the evidence used to make the recommendations will be published in November.