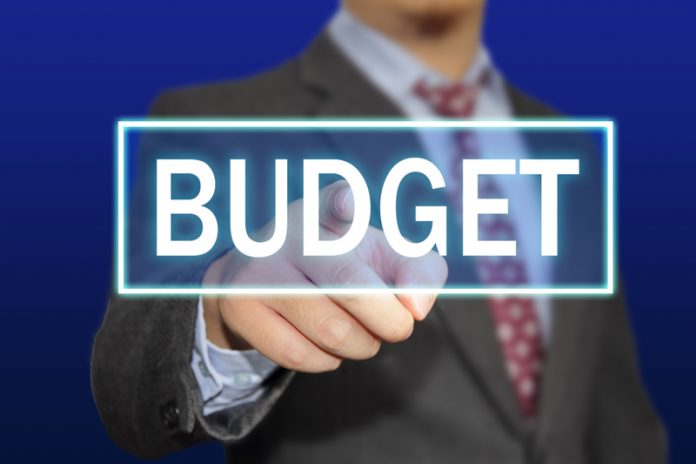 The Government has increased its NHS funding by £20.5 billion after inflation by 2023/2024. This means that the NHS will have an extra £2 billion a year to spend on mental health services.

Dr Zain Sikafi – CEO and co-founder of Mynurva – a platform that provides live video therapy and counselling and a practicing GP commented on the announcement:

“The news had been unveiled in advance of his announcement, but the Chancellor’s confirmation today that the Government will boost funding for the NHS – and especially mental health services – is a welcomed step in the right direction. However, in truth, £2 billion does not go far enough.

“Just recently depression moved up to take second place on the GP list of common illnesses, overtaking obesity. And yet still only a fraction of total NHS spending will be directed towards mental health.”

Public finances have started to turn around with the deficit falling from 9.9% to 1.9% and have continued to fall since the peak in public debt in the year 2016-17.

The Chancellor announced that the National Living Wage will increase from £7.83 to £8.21 from April 2019. This means the average full-time worker will see a £690 annual pay rise.

The Chancellor stated that local authorities will receive £650 million in social care funding for the year ahead.

Niall Dickson, chief executive of the NHS confederation, which represents organisations across the healthcare sector shared his thoughts on the news:

“Social care remains the Achilles heel – it has been consistently underfunded, neglected and unloved by politicians over many years and the extra funding announced today – again welcome – is clearly inadequate. what we needed was support to get the system back on its feet but what we have is yet another sticking plaster.

“This means we will struggle on for another year. We hope that the social care green paper is not further delayed: this has huge implications for both health and social care and most importantly for the people who need these crucial services.”

Workers in the UK will now have to earn £12,500 before they start paying income tax thanks to the £650 increase announced yesterday (29th October 2018).

There are now more than 3.3 million more people in work since 2010, making the UK’s unemployment rate the lowest it has ever been for 40 years. The Office for Budget Responsibility forecasts that there will be an additional 800,000 jobs by 2022.

Phillip Hammond announced an additional £400 million for schools this year averaging out at £10,000 for primary schools and £50,000 for secondary schools.

However, his choice of words denoting the funding as “little extras” has since angered parents and teachers alike. Even the Labour Party took to Twitter to share its views. 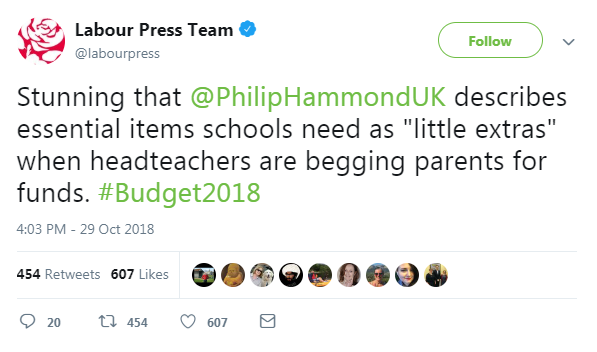 Road improvements have seen the largest ever investment of this kind with a £28.8 billion National Roads Fund paid for by road tax.

The funds will also prove vital to creating the Major Road Network and larger road projects.

In addition, £420 million will help local authorities to fix potholes on roads, bridges and tunnels.

The Ministry of Defence will receive an extra £1 billion to help protect the UK against changing threats such as the rise in cyber-attacks and the resurgence of state-based threats.

Local authorities in England now have access to borrow more money to build housing for their local communities.

The Welsh Government is also taking immediate steps to lift the cap in Wales.

The extra funding will allow working parents and people with disabilities to claim up to an extra £630 a year.

People will also receive extra help as they move from their existing benefits to Universal Credit and there will be targeted support for people repaying debts.

Extra £1.5 billion for the high street

Small retail businesses will save up to £900 million from April 2019 as business rates bills have been cut by a third for two years.

In addition, local high streets will benefit from £675 million to improve transport links, re-develop empty shops as homes and offices and restore and re-use old and historic properties.

This adds to previous reductions in business rates since Budget 2016 which will save firms over £12 billion over the next five years.

Scotland, Wales and Northern Ireland will receive money for education, health and housing.