Olivier Bachmann, Professor of Volcanology and Magmatic Petrology at ETH Zürich tells us about the group’s fascinating research into magmatic petrology and volcanology

The way our planet differentiated from an initially homogeneous state into a density-stratified structure with an atmosphere and hydrosphere is one of the most fundamental questions in the earth sciences. It also has practical consequences as igneous differentiation leads to volcanic activity and ore deposits on or near the surface of our planet. The group of Professor Olivier Bachmann (Chair of magmatic petrology and volcanology at the ETH Zurich) focuses largely on those topics. The main research areas of the group are (1) causes and consequences of large, explosive, volcanic eruptions, as well as their precursory signs, (2) magmatic differentiation and construction of the continental crust, (3) magma reservoir dynamics, (4) controls on eruptive styles (effusive-explosive transition) and (5) links between magmatic activity and ore deposits.

The group uses a variety of techniques, which involves field observations, geochemical analyses of natural and experimental samples, geophysical analyses, experimental work and numerical modelling to provide an integrated picture of the processes involved from magma generation deep inside the earth to magma differentiation and degassing in the shallow crust and eruption at the Earth’s surface. Some of the main field areas in which these techniques have been applied included (1) Western North America, (2) the Andes, (3) the Aegean volcanic arc (Greece) and (4) the Naples area (Italy).

Over the last years, the magmatic petrology and volcanology group has developed several new ideas and concepts about how the magmatic engine of our planet works. Through careful analyses and well-designed experiments (both in the lab and on computers), the group has played a key role in constraining the role of magmatic mush columns (Fig. 1) in producing the continental crust on which we live and how such columns control the compositions of magmas that erupt at the surface.

The group has also participated in determining how and how fast, large magma reservoirs grow, leading to the so-called “super volcanic” eruptions. These events, albeit rare (every 50-100 kyrs based on actual data), are considered as the ultimate terrestrial hazard, releasing more energy than any other natural (and not so natural) phenomena, including atomic bombs, large earthquakes or hurricanes and are only matched by large meteorite impacts, although the latter is much less frequent (see recent lay people summary: “the making of a super volcano” for Pan European Networks, Science and Technology).

In the future, the group wants to continue focusing on the interaction between processes occurring deep within the earth and what happens at or near the surface. Better constraining (1) the hazards related to explosive volcanic events, (2) the impact of super volcanoes on our planet and (3) the precursory signs that large volcanic reservoirs send before they become unstable seem more important than ever in our heavily populated planet.

In addition, a better understanding the link between magmas and ore deposits seems key in today’s world, where the pressure for getting resources continues to increase. To achieve these goals, striking the right balance between (1) gathering detailed information from the rock record in the field, (2) obtaining high-quality analytical data on carefully selected samples, (3) conducting targeted experiments to constrain thermochemical and physical properties of relevant earth materials and (4) designing advanced numerical models will be crucial. Within this framework, technical developments in geochemistry, geochronology and experimental petrology are particularly important for the group, as pushing the boundaries of state-of-the-art techniques are leading to important new discoveries. For example, the SEM-EMP, LA-ICP-MS and TIMS laboratories at ETHZ intimately shared among the groups in the Earth Science department have led to important studies over the last few years.

The group has been involved in a large panel of teaching activities, ranging from the most basic courses about earth sciences for undergraduate students to advanced graduate classes and demanding field excursions/mapping classes. Recently, the group has taken in significant role in designing the new bachelor curriculum and building a new class, in which we try to lead students towards a more comprehensive understanding of important geological issues using a mix of teaching methods involving traditional lecturing, but also exercises, personal presentation and essay writing with lots of contact time between students and teaching staff.

Outreach is also fundamental, as it allows the public to better understand what scientists really do, leading to increased awareness about how science can help our society. Over the last few years, the group of prof. Bachmann has participated in several outreach activities to explain to the public the fundamental societal role of the earth sciences. Those activities range from scientific exhibits in Zurich to multiple talks at conference series around the world. Moreover, the group has been active in responding to the media (newspapers and television) whenever interviews were requested. 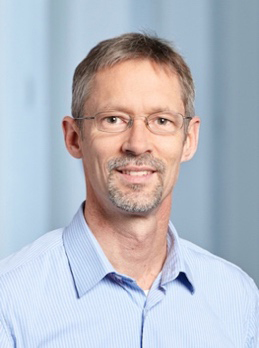 Professor of Volcanology and Magmatic Petrology