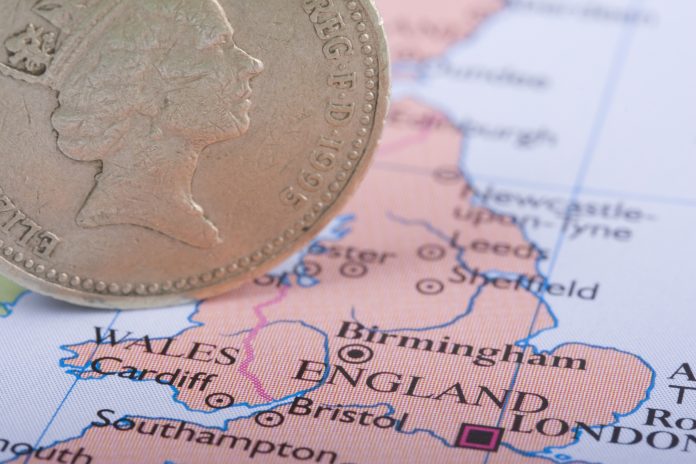 Nigel Wilcock, Executive Director of the Institute of Economic Development, provides analysis on the UK Shared Prosperity Fund, arguing that “the landscape is most definitely being tidied up after years of confusing approaches”

The £2.6 billion UK Shared Prosperity Fund (UKSPF), the long-awaited replacement for European Structural Investment Funds which is billed as one of two pillars of the UK government’s Levelling Up plans and provides new funding for local investment between 2022 and 2025, was finally launched on 13th April.

Under UKSPF, places are being empowered to identify and build on their own strengths and needs at a local level. The fund itself is focused on building pride in place and increasing life chances, and it will be delivered through three investment priorities: communities and place, local businesses, and people and skills. All areas of the UK will receive an allocation from the fund via a formula rather than a competition, which is welcome, however the focus on population will mean that some areas lose large allocations of funding – whilst some areas will receive funding of this type for the first time.

Funding allocations are badged as the same as what was previously spent although programme durations have prevented this being validated fully. Local areas across England will see £1.58 billion, Scotland £212 million, Wales £585 million and Northern Ireland £127 million made available. Activity will be planned and delivered by councils in England, Scotland and Wales, working closely with local partners. In Northern Ireland, it is different, and the UK government will work with partners to develop and deliver the fund. The allocations in England underscore the pre-eminence that the government is now placing on local authorities in economic development funding ahead of LEPs.

“All areas of the UK will receive an allocation from the fund via a formula rather than a competition, which is welcome, however the focus on population will mean that some areas lose large allocations of funding – whilst some areas will receive funding of this type for the first time.”

UKSPF is provided to a large extent against revenue requirements – and as such can be seen as ‘core funding’ for local economic development activity – but sits alongside other funding. Those other streams are the £4.8 million UK-wide Levelling Up Fund, generally focused on capital projects, with fierce competition for funding based on applicants submitting detailed Green Book-based business cases often involving significant effort and expense. These projects are intended specifically for transport, regeneration and town centre investment, and culture. In addition bespoke City Deal/devolution agreements based on specific asks and promises will be extended from Mayoral Combined Authorities into new and different tiers of devolution with clear rules in place for each layer.

My general observation is that all funding bids should highlight data, need, strategic alignment, delivery and evaluation – and crucially remain faithful to the principles of Levelling Up:

Funding bids should also consider the ‘5 capitals’ which is a golden thread of the Levelling Up White Paper, published in February. A further observation which is worth all applicants considering is that government requires certainty that all the applicants with whom it contracts must be able to deliver the project – applicants have focused huge effort on describing the strategic worth of a project but too often the delivery aspects rely on a wing and a prayer.

Levelling Up as a long-term strategy

Overall, the landscape is being tidied up after many years of confusing approaches – with a multitude of funding regimes since 2011 – and arguably no strategy. The White Paper is intended as a long-term direction of travel and additional policies can be inserted into interventions, but UKSPF is likely to fund significant levels of ‘day-to-day’ economic development activity.

Levelling Up itself is either a brilliant concept to rally around or more rhetoric around a loose concept that can never be achieved. Whilst it is nonsense to suggest that after a few policy measures the UK will be ‘levelled up’ in one of the developed world’s most centralised developed economies, we should commend an agenda that recognises left-behind communities. The issue of spatial inequality, economic under- performance and the need for Levelling Up is broadly clear. Whilst it is recognised that political change is inevitable over the long term, it is hoped that principles of the White Paper are enshrined in future policy thinking – and the White Paper is a serious attempt to understand the underlying issues that have resulted in the spatial inequalities of the country.

Driven by a Levelling Up Cabinet Committee, Levelling Up Directors and procurement with an emphasis on outcomes, values and transparency, we are seeing a re-shaping of central government decision-making. In particular, through improved transparency about place-based spending, hardwiring spatial considerations into decision-making and evaluation, improved coordination of central government policies at the local level, and greater focus on local places.

There is no doubt that the approach is place-based, and UKPSF (and other funding streams) provide some certainty for the next two or three years.