An international team identified over 350 DNA ‘errors’ that increase risk of developing the disease, creating a map of breast cancer risk

The scientists involved say these errors may influence as many as 190 genes.

The results, published in the journal Nature Genetics, provide the most comprehensive map of breast cancer risk variants to date. The researchers involved, from over 450 departments and institutions worldwide, say the findings will help provide the most detailed picture yet of how differences in our DNA put some women at greater risk than others of developing the disease.

The majority of the DNA is identical between individuals, but there are some differences, known as genetic variants, and these changes can have a profound effect, increasing an individual’s susceptibility to disease.

Why focus on DNA?

Our DNA – the blueprint for the human body – contains between 20,000-25,000 genes. Many of these code for proteins, the building blocks that make up the human body. Genetic variants can be located within genes, altering the protein. However, most of genetic variants are located outside genes, sometimes regulating the function of genes, turning their ‘volume’ up or down or even off. Finding which gene is targeted by these variants is not straightforward.

Most diseases are complex, polygenetic diseases – in other words, no single genetic variant or gene causes the disease, but rather the combination of a number of them act together to increase the likelihood that an individual will develop a particular disease. Breast cancer is one such disease.

What studies were done before this one?

Previous genome-wide association studies (GWAS), which involve comparing the DNA of patients against that of healthy controls, have found around 150 regions of the genome that clearly affect breast cancer risk. Within these regions, researchers know there are one or more genetic changes that affect the risk of developing cancer, but rarely are they able to pinpoint the specific variants or genes involved. Fine-mapping studies, such as this one, allow scientists to narrow down which variants contributing to the disease, how they might work and predict which are the genes involved.

“We know from previous studies that variants across our DNA contribute towards breast cancer risk, but only rarely have scientists have been able to identify exactly which genes are involved.

“We need this information as it gives us a better clue to what is driving the disease and hence how we might treat or even prevent it.”

How was the data gathered?

In this new study, researchers from hundreds of institutions worldwide collaborated to compare the DNA of 110,000 breast cancer patients against that of some 90,000 healthy controls. By looking in much closer detail than was previously possibly, they identified 352 risk variants. It is not yet clear exactly how many genes these target, but the researchers have identified 191 genes with reasonable confidence; less than one in five of these had been previously recognised.

“This incredible haul of newly-discovered breast cancer genes provides us with many more genes to work on, most of which have not been studied before,” said Dr Alison Dunning from the University of Cambridge.

“It will help us build up a much more detailed picture of how breast cancer arises and develops. But the sheer number of genes now known to play a role emphasises how complex the disease is.”

What did researchers find out about genetic variants?

While each genetic variant only increases the risk of developing breast cancer by a very small amount, the researchers say that added together, these will allow them to ‘fine tune’ genetic testing and give women a much clearer picture of their genetic risk. This will then allow doctors and clinicians to provide advice on the best strategy for reducing their risk and preventing onset of the disease.

Professor Doug Easton, also from the University of Cambridge, said:

“Our work would not have been possible without the help of the 200,000 volunteers who allowed us to study their DNA. It is also a testament to the work of hundreds of researchers from all over the world who collaborated on this study.” 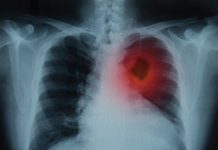