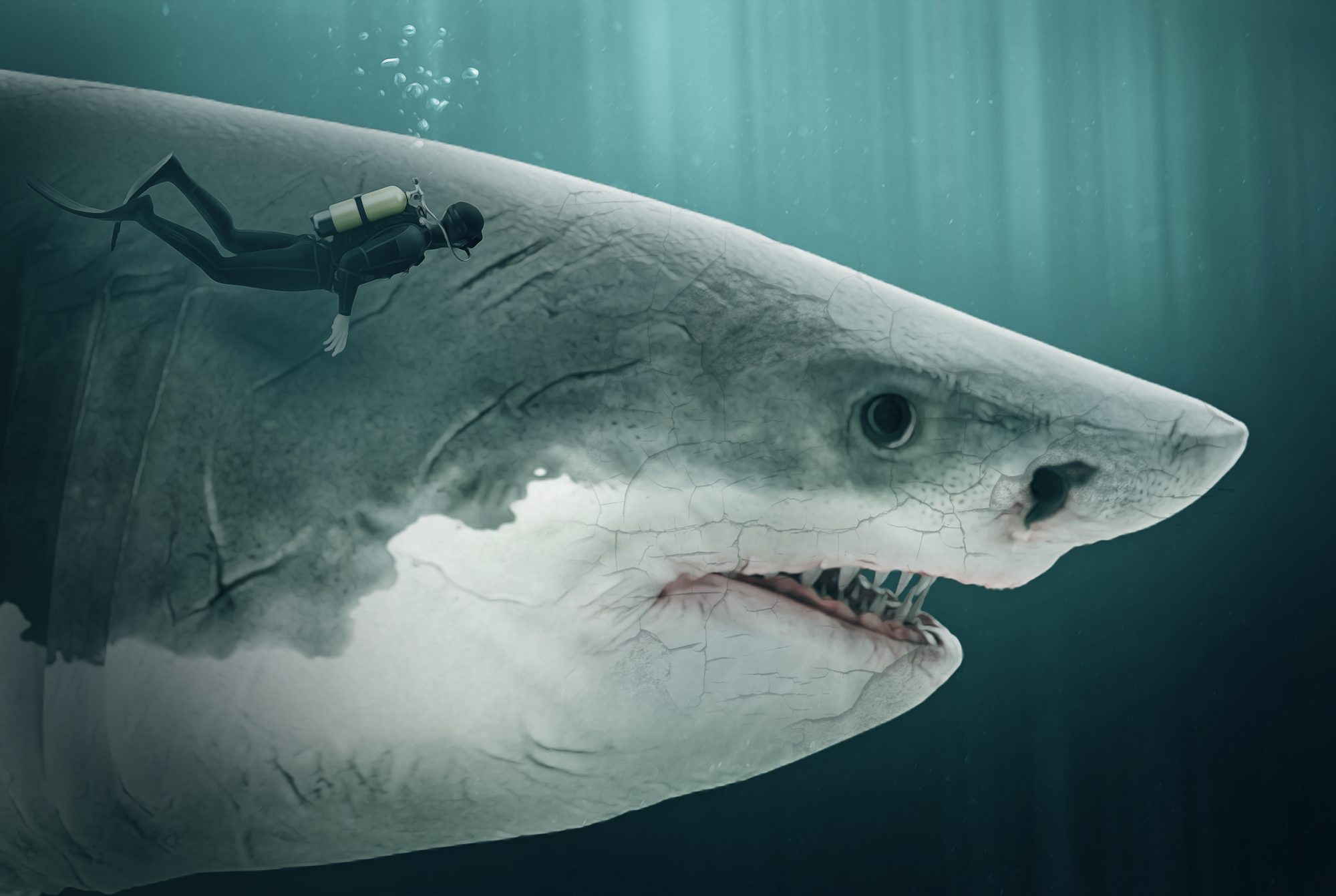 Megalodon sharks, Otodus megalodon, lurked in oceans around the globe between 23 and 3.6 million years ago.

The megatooth sharks are distinctive for their enormous size, with some reaching up to 20 metres in length. By comparison, the the largest great white sharks today are only six metres.

Owing to their mammoth size, megalodon sharks continue to fascinate and bewilder. There has been significant discussion on both the gigantism and the extinction of the megalodon.

By analysing the zinc stable isotope ratios in modern and fossil shark teeth from around the globe, scientists were able to investigate how far up the food chain the shark feeds.

Lead author Jeremy McCormack, a researcher at the Max Planck Institute for Evolutionary Anthropology and the Goethe-University Frankfurt explained: “On the timescales we investigate, collagen is not preserved, and traditional nitrogen isotope analysis is therefore not possible.”

“Here, we demonstrate, for the first time, that diet-related zinc isotope signatures are preserved in the highly mineralised enameloid crown of fossil shark teeth,” added professor Thomas Tütken at the Johannes Gutenberg University’s Institute of Geosciences.

New methodology allowed the the team to compare the tooth zinc isotope signature of multiple extinct Early Miocene (20.4 to 16.0 million years ago) and Early Pliocene (5.3 to 3.6 million years ago) species with those of modern sharks.

“We noticed a coherence of zinc isotope signals in fossil and modern analogue taxa, which boosts our confidence in the method and suggests that there may be minimal differences in zinc isotope values at the base of marine food webs, a confounding factor for nitrogen isotope studies,” explained Sora Kim, a professor from the University of California Merced.

The researchers analysed the zinc isotope ratios in megalodon teeth from the Early Pliocene and those in earlier megatooth sharks, Otodus chubutensis, from the Early Miocene as well as contemporaneous and modern great white sharks to understand how these species impacted not only past ecosystems, but each other.

“Our results show, that both megalodon and its ancestor were indeed apex predators, feeding high up their respective food chains,” said professor Michael Griffiths at the William Paterson University.

“But what was truly remarkable is that zinc isotope values from Early Pliocene shark teeth from North Carolina, suggest largely overlapping trophic levels of early great white sharks with the much larger megalodon”.

Megalodon sharks and great white sharks competed over food, contributing to the extinction of the former

Essentially the results point to some overlap in prey hunted by both shark species which contributed to the extinction of the megatooth shark.

New isotope methods such as zinc provide a unique opportunity to better understand extinct sharks from millions of years ago.

“Our research illustrates the feasibility of using zinc isotopes to investigate the diet and trophic ecology of extinct animals over millions of years, a method that can also be applied to other groups of fossil animals including our own ancestors,” said McCormack.