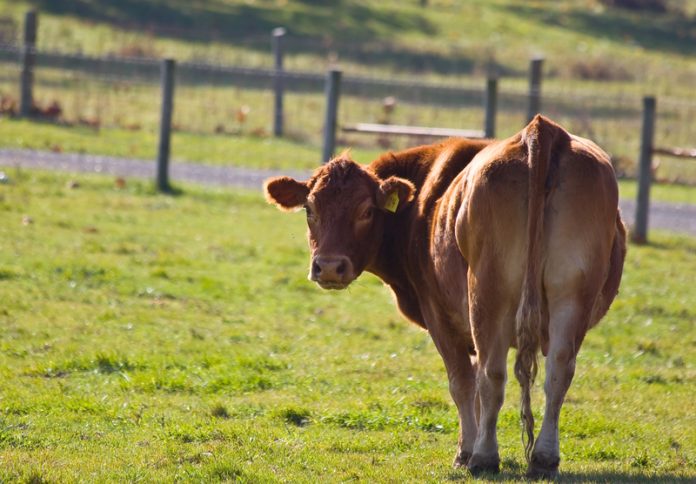 Methane from cattle is estimated to be 11% higher than previously expected, presenting a bigger challenge in the fight against climate change

Methane from cows is one of the biggest contributors to greenhouse gases, which trap heat in the atmosphere and contribute to global warming.

Revised data from the UN’s Intergovernmental Panel for Climate Change (IPCC) shows that data collected from 2011 was an underestimation, and methane levels were 11% higher than previously stated.

Julie Wolf, a researcher from the US Department of Agriculture (USDA) says that breeding has led to larger cows which require more feed and produce more methane.

She also blamed changes to the management of livestock and larger numbers of cattle per region.

Methane is a gas that is more harmful to the atmosphere than CO2, making cattle raised for dairy and meat a bigger threat to the environment than even worldwide vehicle use.

Methane is produced by animals, decaying organic matter, and the refinement and transport of coal and oil.

But growing demand for meat and dairy products have driven up the global cattle population, making bovine livestock one of the biggest contributors of methane.

Some are encouraging a diet with less or no meat and dairy, but scientists are pursuing other methods.

Cows are being bred with digestive systems which produce less methane, and some farmers are altering the biotic makeup of their stomachs to reduce the amount of fermentation.

The cow’s main stomach – the rumen – has a bacterial makeup which largely determines how much methane the animal produces, with variations between species.

The report recommended selective breeding of cattle in order to reduce emissions in a way that is ‘permanent, cumulative and sustainable over generations’ compared to other methods.

More samples from rumen would need to be collected, but the prospect of breeding more environmentally friendly cows could be a big step towards lowering greenhouse gases.