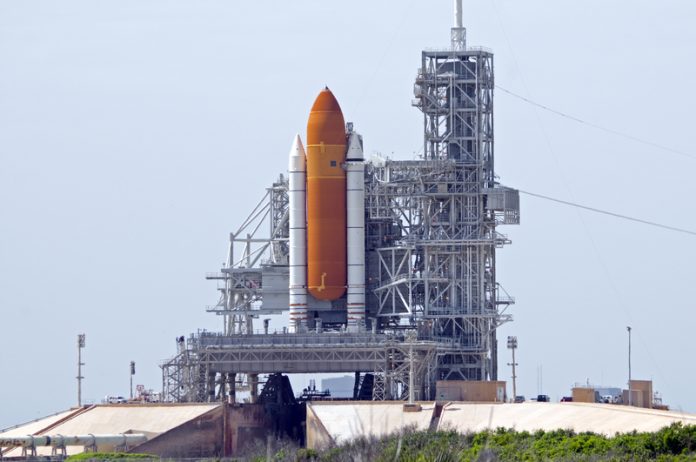 William B. Miller, Jr., M.D. argues that without the planning to do so, we have launched microbial life from this planet

It was the greatest car ad ever conceived. A red Tesla Roadster was launched into space with a jaunty spaceman mannequin at the wheel. As it streaks around our solar system at speeds of seven miles per second, its dashboard screen reads a playful, ‘Don’t panic’. Initial press coverage was fawning. The biggest question was, “Is this art or advertising?” It was never mentioned that the car and its mannequin are loaded with microbes. There hadn’t even been any real attempt to clean it prior to launch. No big deal. It’s just floating in space and won’t impact a planet for a million years or more.

However, its elliptical orbit around the Sun has it crossing Mars orbit every 18.8 months. It will often get close. No one seems to care that this craft will gradually deteriorate over time from the impact of innumerable micrometeorites during its endless loops throughout the solar system. And no one seems to understand that particles of those micrometeorites will ricochet off the car and mannequin and carry bits and pieces of it wherever they go. And no one has noted that on every minuscule bit, there will a new set of travelling companions. Wherever those particles go, associated microbes will now circulate with those particles, some of which will travel outward for light years.

It is the same for all the NASA spacecraft that have ever been launched. To NASA’s credit, they have tried to be careful. NASA has been rightfully concerned about the possibility of sending our planetary life out into space. To that end, they enacted rigorous ‘clean’ rooms. Prior to launch, vehicles were carefully scrubbed to get rid of any lurking microbes. When our spacecraft was launched, they were thought to be sterile. Unfortunately, what NASA believed to be true, was not. It is now understood that the culture techniques that NASA relied upon to determine sterility were utterly insufficient.

In our contemporary era, there are new tools of genetic assessment that permit our identification of a much wider range of microorganisms than in prior decades. In fact, it is now known that fewer than 10% of all microbes can be cultured in the standard manner that NASA was diligently applying. Therefore, the tests that NASA relied upon to issue their declarations of sterility were unfortunately completely inaccurate. Although the NASA spacecraft were culture negative upon launch, they were abounding with covert microbial life.

Furthermore, we now know that many microbes can withstand every rigour of space flight. In the vacuum of space, with its absolute cold and bursts of destructive radiation, humans would instantly die. Yet, some microbes do not, nor do singular small animals, called Tardigrades. These incredibly resilient microscopic eight-legged creatures can withstand all the extremes of space. We know that this is true since some of them have even survived re-entry back to our planet from other space flights.

It is these exact findings that inform us that single most important event in our entire human history is currently transpiring. This unheralded event is the passage of the Voyager 1 and 2 spacecrafts beyond our solar system and exiting into interstellar space. What makes this passage so momentous is that both crafts carry life.

As originally envisioned, the mission of the Voyager spacecraft was to study the outer planets of our solar system. In this regard, that mission has been highly successful. The Voyager craft left Earth in 1977, arrived at Jupiter in 1979 and then passed by Jupiter, Saturn and Uranus, to arrive at Neptune by 1989. Important physical discoveries were catalogued at each planet, such as the magnetospheres of Uranus and Neptune. By mission design, there was never any possibility of return. Instead, the craft was tasked towards an endless continuation into deep space.

Now, Voyager 1 is over 13 billion miles from Earth, with Voyager 2 close behind. Currently, they are just at the margin of the heliosphere which is the large zone influenced by our Sun. Thereafter, interstellar space looms and the Sun’s influence rapidly fades.

Although the milestones of the Voyager craft are being minutely detailed, NASA astronomers remain completely silent about the most portentous aspect of this Voyager mission. That silence is not entirely surprising since, until the Tesla car launch, the Voyager mission represents the most egregious example of unintended consequences in human history.

Though this event receives no attention, it is immensely more significant than any war in human history, or any ideology, or all our art and culture. Without planning to do so, we have launched microbial life from this planet. Now, for endless eons, that tenacious life will be propelled outward into deep space. Everywhere Voyager goes, life will be shed. It is the same, but even more so, for the supremely egotistical Tesla in space. Both are instances of singular technical achievement and delinquent government oversight.

There is a theory of the origin of life that suggests that it began on Earth as an instance of Panspermia. In effect, life on this planet began elsewhere, finding a home here and thriving. Now, without explicit intent, both Voyager spacecrafts and the Tesla advertisement have begun the process of seeding of life throughout the Cosmos. In our uniformed hubris, we have become an unintentional agency of Panspermia. Now, in a direct sense, we have become a Cosmic invasive species.

Let it be our earnest hope that we will be forgiven.

Dr Bill Miller had been a physician in academic and private practice for over thirty years. He is the author of The MicrocosmWithin: Evolution and Extinction in the Hologenome. Dr Miller is an internationally recognised evolutionary biologist and an expert on the emerging science of the microbiome. He is the author/co-author of numerous academic papers on the microbiome and evolution, serves as guest editor of a major academic biology journal and is co-editor of a forthcoming textbook on developmental and evolutionary biology. Connect with him on Twitter, @billmillermd.