Home Open Access News Blockchain News All you need to know about blockchain, cryptocurrencies and Bitcoin

Samuel Leach from Samuel & Co. Trading, shares his expert thoughts on what we need to know about blockchain, cryptocurrencies, Bitcoin and blockchain security

Blockchain is a decentralised ledger used to securely exchange digital currency, perform deals and transactions. Each member of the network has access to the latest copy of encrypted ledger so that they can validate a new transaction. Blockchain ledger is a collection of all Bitcoin transactions executed in the past. Basically, it’s a distributed database which maintains a continuously growing tamper-proof data structure blocks which hold batches of individual transactions. The completed blocks are added in a linear and chronological order. Each block contains a timestamp and information link which points to a previous block. Bitcoin is a peer-to-peer permissionless network which allows every user to connect to the network and send new transactions to verify and create new blocks.

Blockchain, mostly known as the technology running the Bitcoin cryptocurrency, is a public ledger system maintaining the integrity of transaction data. The essential feature of Bitcoin is the maintainability of the value of the currency without any organisation or governmental administration in control. The number of transfers and users in the Bitcoin network is constantly increasing. Bitcoin has, therefore, gained the attention of various communities and is, currently the most successful digital currency using blockchain technology.

Cryptocurrencies, based on and led by Bitcoin, have shown promise as infrastructure for online payments, cheap remittance, trustless digital asset exchange and smart contracts. However, Bitcoin-derived blockchain protocols have inherent scalability limits that trade-off between throughput and latency, which withhold the realisation of this potential.

The role of blockchain in the public, banking and other sectors

In the NHS or HMRC for example, blockchain could be used to grant the individual, access to their data and give them the right to disclose and own that data, which will significantly reduce the overhead of the multiple sharing of multiple records. The Papua New Guinea Central Bank is looking to implement this concept in the funding for farmers by using a digital wallet to allocate exactly how much they can spend on only seed, gasoline and agricultural tools.

Blockchain is certainly a large jump forward from the status quo of transacting. It is on the digital horizon, but lacking a regulatory framework and not having even been fully trialled by the private sector yet, it may be some time before we see its full implementation into the public sector.

The social impact of blockchain technology has already begun to be realised and this may just be the tip of the iceberg. Cryptocurrencies have already provided doubts over financial services through digital wallets, the rollout of ATMs and the provision of loans and payment systems. When considering the fact that there are more than 2 billion people in the world today without a bank account, such a shift is certainly a life changer and can only be a positive one. Perhaps the shift for cryptocurrencies will be easier for developing countries than the process of fiat money and credit cards.

One only needs to consider the spate of identity thefts that have hit the news in recent years. Handing control of identification to the people would certainly eliminate such events and allow people to reveal information with trust.

Taking it one step further, blockchain technology is well placed to remove the possibility of vote-rigging and all of the other negatives associated with the current process. In certain countries, we have heard of voters being intimidated or worse for polling stations that have been shut down by governments in an attempt to control the outcomes in a world where true democracy has been brought into question. Intimidation would be non-existent with voters being able to cast their votes in the privacy of their home. Of course, with new technology, there are new obstacles and problems that will come but the cycle goes on and those new problems will be solved with more sophisticated solutions.

You can’t discuss the history of blockchain technology without first starting with a discussion about Bitcoin. Shortly after Nakamoto’s whitepaper was released, Bitcoin was offered up to the open-source community in 2009. Blockchain provided the answer to digital trust because it records important information in a public space and doesn’t allow anyone to remove it.

Even today, there are many who believe Bitcoin and blockchain are one and the same, even though they are not. Those who started to realise around 2014 that blockchain could be used for more than cryptocurrency started to invest in and explore how blockchain could alter many different kinds of operations. At its core, blockchain is an open, decentralised ledger that records transactions between two parties in a permanent way without needing third-party authentication. This creates an extremely efficient process and one people predict will dramatically reduce the cost of transactions. 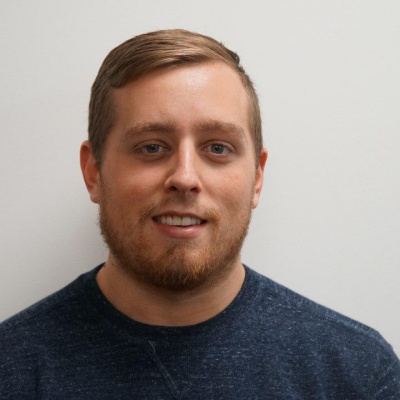