Maria João Rodrigues, FEPS President, argues that new aspirations for democracy and media are yet to be met

A decline in trust and engagement towards our democratic institutions has been a central question when it comes to citizens, especially young people. Is it the people who are the problem or should we rather look for solutions to renovate democracy and its basic infrastructure, the media system?

It is clear that our democratic institutions must be renovated for the 21st century. While their liberal and republican foundations should certainly be kept and protected (elements such as fundamental rights and the separation of powers are the basics) they should also be strengthened by updating the content of the Res Publica, the public good (taking into account new challenges such as the climate, health, and education) and by realigning the fundamental rights and duties of citizens with them.

But in order to define the content and scope of these new public goods, there needs to be a new democratic contract. In today’s world, the current institutional arrangement is no longer enough: more and more citizens aspire to have an increasingly active role in the public deliberations that are shaping their future. This means that our institutions of representative democracy must take more seriously the need to develop new tools of participatory democracy – and in fact, these tools are being invented anyway!

But do we have the conditions to have quality deliberations and to decide about our lives? A good deliberation must be inclusive and based on open access to the available knowledge, as well as being based on debates involving argumentation and highlighting possible choices. More and more citizens are today looking for quality, diversified, and plural information that is adapted to their needs, languages and privacy protection, and that is accessible on different multimedia devices. Some of these citizens are also taking a step further by becoming co-producers of information, even if the role of professional journalists should remain key.

Development of democracy and media

The media ecosystem should be considered a fundamental infrastructure for the development of democracy. But how far does the current setting enable this? On the one hand, many citizens feel somehow empowered by reaching out to so many friends and followers via their smartphone with increasingly sophisticated apps that create a new, virtual, reality with ideas, images and sounds. On the other hand, who is in the driving seat of this big transformation of our living conditions? In today’s world, it is mainly private entities, who benefit from weak and outdated regulation as they frame and conduct public communication and opinion. However, in the end, this might disempower citizens from democratic ways to decide about their future. It might even seriously hamper their capacity to perceive the reality they live in, as we saw recently in the assault on the U.S. Capitol in the aftermath of the American elections and years of disinformation, or as we can currently see in some regions of Hungary.

The situation in Europe is also quite worrying because many traditional news media face major obstacles in their technological and professional capabilities and are being financially depleted by the unfair competition on advertisement revenues generated by the big platforms. According to the 2020 Digital News Report,(1) more than half the population obtains their news via social media, while only 20% trust them. If you add to this that Google has a 90% share of the European market(2) and Facebook a 75% share of the European social media market,(3) the issue with the current news environment is crystal clear. Linguistic and corporate barriers keep the European public space very fragmented, even if the curiosity and interest of European citizens towards different countries and European-wide issue remains strong – as evidenced by Community programmes such as Erasmus, and also by the increased turnout in the European elections in 2019.

This worrying picture requires urgent action, notably at the European level. In December 2020, the European institutions started to address the issue with a more systematic package of policy proposals included in two action plans: one for democracy(4) and the other for media.(5) This was a welcome step, as the regulatory framework of the media ecosystem needs a serious update. But the pace of these processes is usually long. In the meantime, we need to move faster, with investment in the infrastructure and technological possibilities regarding the Cloud and artificial intelligence, and with support for the need for quality professional journalism as a key ingredient of our democratic system. An urgent review of the organisation and financing of the European media sector is therefore also needed.

This transformation of the European media ecosystem should also be brought about by new demands from citizens regarding democratic governance at all levels. We already have some examples of participatory democracy at local and regional levels (for example, in the German-speaking Community of Belgium)(6) where the participatory democracy is underpinned by media innovations that empower citizens, but also involves professional journalism. A few attempts at participatory democracy also exist at the national level, but what about using the upcoming Conference on the Future of Europe to test and develop new solutions for citizens’ participation in the choices that will shape the European project for the coming decades?

Over recent years, there have been several efforts to support citizens’ participation in interaction with European institutions. The main purpose of these efforts was for the EU institutions to consult citizens or to hold an open dialogue with them. This time other formats should be tried, such as asking citizens to come with their own proposals, to have them discussed with the assistance of experts. Citizens could bring their proposals for a reaction from elected politicians or experienced policymakers, and all this would require the role of professional journalists to multiply the outreach of such debates.

By renewing the conditions for citizens’ engagement at European level, with enhanced participatory methods and a healthy pluralistic media landscape, we can lay the foundations for a new democratic step forward. We have the aspirations, we have the tools, we only need the political will to recreate trust and further engage our citizens. 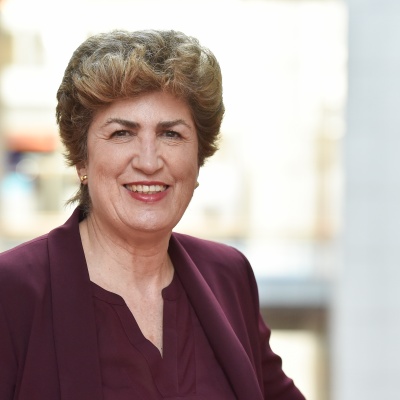