Home Open Access News Environment News Next steps to the Moon: What role for Europe? 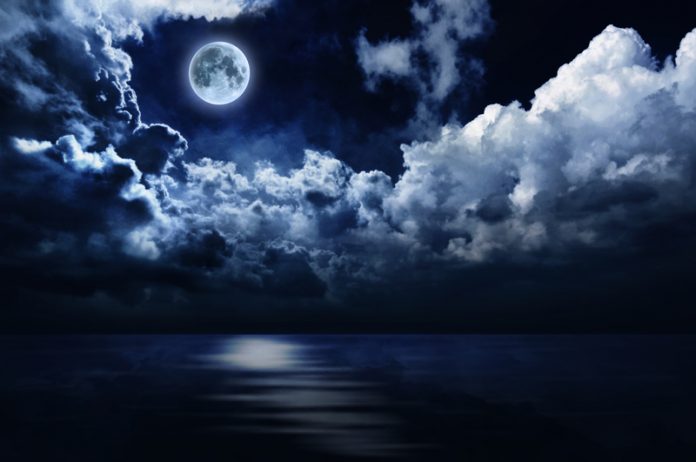 Sebastien Moranta, coordinator of studies at the European Space Policy Institute (ESPI) sheds light on Europe’s potential to explore the Moon in co-operation with other great world powers

With an extension of operations beyond 2024 under discussion and promising opportunities of partnership with the private industry under development, the long-term future of the International Space Station (ISS) is not yet written.

Notwithstanding, the preparation of the post-ISS era is a central topic for the partners (U.S., Russia, Europe, Japan and Canada) who, despite multiple exchanges of ideas, declarations and precursor programmes, had been, so far, struggling to build a steady, robust and commonly-shared vision for the future of human spaceflight and space exploration. Recent events and announcements suggest, however, that the state of affairs is now progressing as agencies seem to be converging toward a shared enthusiasm for the Moon and moving ahead with preliminary steps.

In ESPI Brief n˚12 “Making Exploration Great Again”, ESPI highlighted the important step forward made by the American administration in the field of space exploration with the signature of NASA’s Transition Authorization Act by President Donald Trump in March 2017. The document underlined a strong willingness of the U.S. to engage more actively in human space exploration with the development of a Deep Space Gateway (DSG) in cis-lunar orbit as the next programmatic step to prepare the journey to Mars.

Although building on past projects (e.g. the Space Launch System and Orion capsule), U.S. plans marked a turn from the Obama administration’s “Low Earth Orbit-Asteroid-Mars” path and a come back to the former “Low Earth Orbit-Moon-Mars” Constellation programme, supported by the Bush administration. Two major announcements recently highlighted a solidification of this renewed U.S. posture and confirmed the emergence of an international cooperation dimension.

Firstly, during the meeting of the re-established U.S. National Space Council on 5 October 2017, Vice-President Mike Pence delivered an engaging speech calling for a return to the Moon in cooperation with international and commercial partners under American leadership. The Council directed NASA to develop a plan within 45 days to carry out that revised policy. This presidential declaration and the development of a plan by NASA further consolidate both political support and programmatic implementation of the rehabilitated U.S. strategy.

Secondly and perhaps more importantly, the DSG gained an official international dimension with the signature of a joint statement by Roscosmos and NASA on 27 September 2017 at the 68th International Astronautical Congress in Adelaide, Australia. Although NASA had already been discussing technical options for the DSG concept with ISS partners through the ISS Exploration Capabilities Study Team (IECST) and International Spacecraft Working Group (ISWG) during meetings in Japan, Canada and Europe in 2017, the joint statement, focusing at the moment on preliminary studies, marks a noticeable milestone in the development of an international cooperation structure around the DSG project.

Regardless of the U.S.’s considerable financial and technical resources, international cooperation will be critical to achieving ambitious objectives, to secure programme stability and to consolidate U.S. leadership on the global scene. From this perspective, the acceleration observed recently suggests that the DSG provides a more fertile environment for international partners to contemplate a financially and technically conceivable contribution to the programme, than previous plans developed under the Obama administration did.

This being said, it is important to recall at this stage that, despite a strong political support, the programme still has to face major hurdles before becoming a reality. This includes the definition of an architecture meeting various objectives from different partners, the allocation of an appropriate budget (which may be challenged by the willingness to also expand ISS operations) and eventually an official endorsement by U.S. and international partners’ establishments. Nevertheless, partners can now build on an existing and robust multinational cooperation framework, such as the one of the ISS, which will undoubtedly simplify future political and programmatic progress. Overall, in a context where drivers seem to outweigh barriers, the DSG seems particularly close to becoming the next stage of international cooperation in space exploration.

Another interesting factor that will certainly have to be closely looked into is the role that China may play in the future. As of today, with the Chinese programme ramping up toward the Moon and multiple legal and political constraints for NASA to engage in cooperation with China, the situation suggests that, following Cold War competitive era and ISS cooperation era, the third era of space exploration will very likely give way to a mix of cooperation and competition for leadership.

What role for Europe?

Europe is already engaged, through ESA (The European Space Agency) and at a national level, in technical discussions with NASA and other partners and organised various consultations about the DSG. Maintaining such active dialogue will be essential to get an informed understanding of the evolution of the project and of European industrial and scientific communities’ interest and to secure an active participation in the concept definition. Assuming that Europe intends to play a prominent role in the DSG, as it did for the ISS, the acceleration of the project on both the American and international scene now requires Europe to bring the topic to a higher level and to reach a political momentum.

As a partner, European decision-making process obviously depends on the progress of programme approval by U.S. institutions; yet, reaching a shared European position will require a preliminary effort to build a political consensus, if not unanimity, among the Member States. Achieving this consensus shortly is a necessary condition to secure Europe capacity to react timely to future evolutions on the American and international scene and to already position Europe as a key partner.

When looking at the rehabilitated Moon objective and taking into account that current DSG plans foresee robotic and human Moon landings, one cannot overlook the renewed light that is shed on ESA Director General’s Moon Village vision. Indeed, the current dynamic of the international space exploration scene could offer an interesting springboard for Europe to implement, at least partially, this ambitious vision.

With the declared objective to prepare a journey to Mars, the deployment of a Moon Base as a potentially European-led component of an international DSG programme would certainly offer a relevant test bed for the development and validation of key capabilities for future Mars mission such as in-situ resource utilisation, robotic-human cooperative operations or ground base assembly among many others. In general, the role that Europe will hold within the next international partnership framework will be first and foremost framed by the financial and technical resources it is ready to commit.