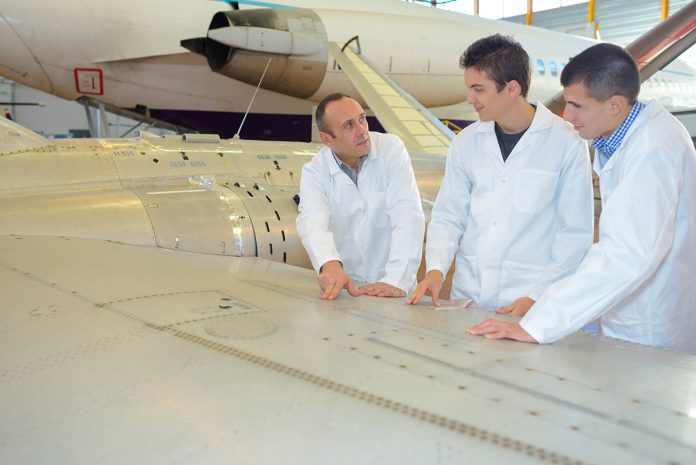 Today’s commercial jet aircraft all look very similar and haven’t changed fundamentally over the past 50 years; essentially the designs consists of a tube containing the passengers with swept-back wings that have engines on pylons attached to them. There is a constant drive for aircraft manufacturers to develop more fuel-efficient designs, augmented by a strong push from the likes of the EU – for example via the Flightpath 2050 and Green Sky initiatives – that are setting stringent emissions targets for future aircraft designs.

Many new technologies have been introduced for passenger aircraft during the past half a century, including pressurised cabins, jet engines, composite materials, fly-by-wire control and loads alleviation systems, better aerodynamic wing shapes, winglets and higher by-pass engines. The laws of physics say that we can only make aircraft more efficient – e.g. travel more km per litre of fuel and be more environmentally friendly – through either having better engines, better aerodynamic shapes (often described in terms of increasing the ratio of lift to drag) or lighter structures.

However, despite the increased use of the above technologies, the improvement of aircraft efficiency against time is reducing. There is a need to make a step change in aircraft design, either through the development of new technologies or alternatively by implementing alternative configurations (e.g. the layout of the fuselage, wings and tail). There are several likely candidates which all have some advantages compared to the conventional designs, but also some shortcomings:

Aircraft with a higher aspect ratio (wing span divided average chord – long thin wings have a large aspect ratio, whereas short wide wings have a low aspect ratio) generate less drag and are therefore more aerodynamically efficient. However, a heavier structure is required to deal with the increased loads and there is also the problem of being able to fit in the airport gates; current studies are considering the use of folding wing tips on the ground in a similar way to storing aircraft on an aircraft carrier.

Wings are swept back for aircraft that operate in the transonic flight regime as this reduces the aerodynamic drag that occurs when shock waves are present – however, the aerodynamic flow can separate towards the wing tips, which can have a detrimental effect upon the aircraft control. Sweeping the wing forwards rather than backward gives the same drag reduction capability and means that separation occurs towards the wing root, which has little effect upon the control of the aircraft.

However, sweeping the wings forward means that there is an unfavourable coupling on the wing when they bend upwards the wings also twist nose up, which can lead to the catastrophic aeroelastic phenomena of divergence. A solution for this effect is to exploit the properties of composite materials to eliminate the effects of the unfavourable couplings.

Current fuselage designs are usually circular which means that they do not provide any lift; however, they still add drag, which reduces the aerodynamic efficiency. A possible approach is to change the shape of the lower part of the fuselage so to that it can generate some lift in addition to that from the wings. Care would need to be taken to ensure that there wasn’t too much increase in weight as a pressurised cabin is always trying to push the fuselage cross-section to become circular.

The natural extension of the lifting fuselage concept is to increase the width of the fuselage and change its shape to that of an aerofoil, combined with efficient wing designs so that the entire structure generates lift. This concept has been the subject of a lot of research activity in recent years, including the NASA/Boeing X-48 unmanned test plane. Potential disadvantages include the reduction in several emergency exit doors which limits the time at which an evacuation could be performed and problems with passenger comfort in a roll manoeuvre if they are sat at the side of the much wider fuselage.

Many different configurations e.g. box-wings, have been proposed which eliminate discrete wing-tips (the end of the wing) using two wings on each side of the aircraft which are joined together in some manner. The rear wing is typically attached to the tail at a higher position than the forward wing is to the fuselage.

Supporters of this concept argue that there are both aerodynamic, the elimination of wing tips means that one of the main drivers for drag is eliminated and structural, the two wings can distribute the loads in a more efficient manner and therefore don’t need to be so heavy, reasons why such an approach is desirable. More work, including the design of prototypes, is required to determine whether such configurations are indeed beneficial.

A final configuration with lots of potential is to use several smaller propellers or jets distributed along the wing, rather than having a few propulsive devices attached to the aircraft. It has been shown that there are aerodynamic performance benefits in doing this and as the propulsion devices do not need to be so large, there is the possibility of using electrical propulsion such as in the NASA X-57 concept. Such an approach is still very much in its infancy.

There is a growing need for aircraft manufacturers to develop aircraft that are more fuel efficient whilst being able to meet the growing demand for future air travel. Current aircraft configurations are becoming as optimised as possible and the required step-change improvements in performance are likely to only be achieved through changing the configuration, possibly using one of the above designs, but it is not clear which is the best. Such a change is going to be highly risky for any manufacturer and therefore, it is likely to be decades before we see new configurations being flown outside of a research environment.