The human language faculty has received centuries of interest by scholars of different disciplines, including philosophers, linguists, psychologists, educators, among others. It is widely admired as a remarkable gift by nature to humans, regarded as a unique characteristic of humans among the many species of living things. Children around the world acquire their native language without explicit teaching, even though languages come in many different forms – 6,000 different languages are estimated to be in use today. Just as walking is expected for young children everywhere, so is talking in sentences that can be understood by adults. The language-learning task in front of babies is now known to be incredibly complex, which makes this universal achievement even more impressive and at the same time, because it is universal, often thought to be simple because babies can do it.

The fact that it is so easy for most children obscures the fact that it is selectively difficult for some children. Children with Specific Language Impairment (SLI) are sometimes described as having the most common, but unrecognised, developmental disorder of childhood (and probably adulthood, too, given new outcome data). The point of this article is to bring SLI to the attention of policy makers, experts, and opinion leaders in public health, medicine, and education, as a largely unrecognised yet high impact disorder of childhood that persists into adulthood, creates high costs to societies and life-long frustrations or shame to the affected persons. It is undoubtedly a crucial but often misunderstood barrier to personal self-actualisation in life.

According to the National Institute of Deafness and Other Communicative Diseases (NIDCD) in the U.S., Specific language impairment is defined as “a language disorder that delays the mastery of language skills in children who have no hearing loss or other development delays.” Population-based studies report 7-10% of 5-year-old children have SLI, making it the most common manifestation of language impairments in children and the most common early childhood disorder, more common than Attention Deficit/Hyperactivity Disorder (ADHD) and autism combined. Children with SLI are at high risk for lower academic achievement relative to age peers, to encounter difficulties establishing social relationships and to end their education at high school completion1,2. Language impairments are associated with increased health costs starting in early childhood and approaching the teen years3. Modelled outcomes from 5 to 34 years shows increased risk of unemployment for children with a history of SLI4. Girls with a history of SLI are almost 3 times more likely to experience sexual abuse as adolescents or young adults than girls without SLI5. Multiple studies report that only about 25% of children with SLI receive treatment when they enter school, around age 5 years.

Why SLI has a low profile in healthcare sectors

Although there is increasing reason to view SLI as an important public health issue, it has a very low profile in public health forums. An important exception is the recent inclusion of the goal to increase the proportion of children with language disorders who receive intervention services as part of the Healthy People 2020 initiative in the U.S., developed by the Office of Disease Prevention and Health Promotion. In the press of life-threatening diseases around the world that threaten the well-being of children and their families, it could be argued that SLI would be a “mild” disorder that could be deferred for a later time when more resources are available. On the other hand, it is clear that in modern societies the ability to use language well is increasingly important for all sorts of life interactions. It is crucial for the effective use of electronic media, understanding the many documents of the modern world, mastering an academic curriculum, advocating for oneself whether in childhood disputes or threat situations, in applying for a first job, health literacy, and engaging in the interactions of commerce. As indicated by the few studies of long-term outcomes of children with SLI, economic risk is likely to be part of the scenario.

The point here is that public policy expertise is vital for a better understanding of the social and economic consequences of SLI and possible treatment options. Conversely, a better understanding of SLI is vital for the necessary studies of public policy that bear on this important condition. This paper is the first in a series of papers to appear in subsequent issues of Open Access Government. Future instalments will address these questions: How is the language of children with SLI different from typical children? How does SLI compare to Hearing Loss, Speech Sound Disorder, Intellectual impairment or ADHD? What causes SLI? What are the social consequences of SLI? What should public policy experts consider for future investigations and ways to pursue effective treatments?

Let’s get better prepared for the next health crisis in the EU!

How can remote monitoring support pregnant women during and after the pandemic?

Where is the research into Black autism and ADHD?

Dry Eye Syndrome: Getting through the working day when you’re menopausal 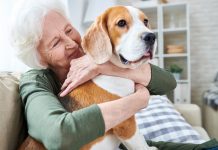 24/7 live-in care at home: A post-COVID solution for the future of UK elderly care