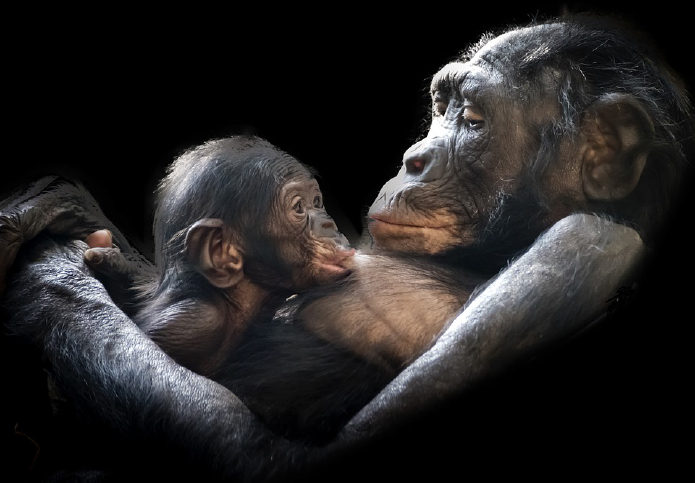 Dr Sue Carter, The Kinsey Institute, discusses the critical role of oxytocin in birth, lactation and maternal behaviour and in tuning the baby’s developing endocrine and nervous system

Like little scuba divers, most mammals begin their lives swimming in an intrauterine pool of amniotic fluid. Through a two-way tether, the umbilical cord, babies receive oxygen, nourishment and hormones, and transmit chemical signals to their mother. The mammalian infant also is being pre-programmed during pregnancy and by birth for life on “dry land.” After birth, this programming continues in the form of hormones in milk and styles of parenting.

We now understand that one neuro­peptide oxytocin, plays a critical role not only in birth, lactation and maternal behaviour – but also in tuning the baby’s developing endocrine and nervous system. Oxytocin works in conjunction with an even more ancient chemical, known as vasopressin. Together these molecules are essential elements in adaptations to perinatal life and in the events surrounding birth.

Birth presents one of life’s most important challenges. Embedded in the perinatal period and birth experiences are biochemical messages that can help the infant feel safe, or alternatively prepare it for life in a threatening world. Yet, remarkably, the specific consequences of the birth experience itself for either mother or child’s physiology and behaviour have received little attention.

Although a basic biological process, the birth transition is often subject to medical and cultural modification. Hormonal treatments, including synthetic oxytocin (also known as Syntocinon or Pitocin) are widely used to induce or augment labour and protect against postpartum bleeding. Initially it was assumed that oxytocin produced by or given to a mother did not reach the infant in amounts sufficient to affect the child. The effects of oxytocin were believed to be transient, disappearing as soon as the hormone was cleared from the system.

However, studies in animals and humans indicate that oxytocin can cross the placenta around the time of birth and may be transmitted in mother’s milk. We also now understand that endogenous oxytocin is an important factor in normal development, with long-term effects on brain maturation as well as in the capacity to manage stress, the autonomic nervous system and immune system.

In a search to better understand the developmental role of oxytocin, we have experimentally administered extra hormone, or in some cases injected agents that block the oxytocin receptors. Treatments were given just before birth via the mother or directly to the infant just after birth.

These studies were conducted in the highly social prairie vole, a rodent species that shares with humans, “social monogamy “ – a lifestyle characterised by a high level of sociality and the tendency to form families constructed around a mother, father and sometimes several generations of offspring. In prairie voles, and likely in humans, patterns of parenting play a role in sculpting expression of later behaviours, including later tendencies to form social attachments or care for infants.

Oxytocin plays a central role in many features of maternity, including synchronising social interactions and attachment between mothers and infants. Oxytocin has a wide breadth of functions including effects on social behaviour, metabolism, cardiovascular function, immunity, and the autonomic nervous stress. Oxytocin through its effects on birth and lactation, allowed the development of large primate brains and eventually supported human evolution and cognition.

Vasopressin is a more primitive hormone, related to oxytocin and like oxytocin, is designed for change. Our work in prairie voles revealed that a single exposure to oxytocin on the first day of life could down-regulate the vasopressin receptor in brain regions involved in aggression. The one brain area in which oxytocin increased the availability of the vasopressin receptor was a region associated with pair bonding and reward. Such changes seemed to produce a more social male, better prepared to form social bonds and give sensitive care to his own offspring or siblings.

However, like the desired temperature of porridge in the children’s tale, Goldilocks and the Three Bears, there is a “just right” range of experiences and hormones in early life that promote survival and reproduction. In our studies of prairie voles, we discovered that even apparently small events, such as a momentary disturbance of the family within the first day of life created life-long differences in brain development and the genes for the oxytocin receptor.

As one example, young prairie voles exposed to moderate social stimulation in early life are gregarious. In comparison to less social species of rodents, prairie voles begin life with more oxytocin, both in their blood and brain, and more oxytocin receptors in brain regions necessary for social awareness and attachment. Prairie voles exposed to a single oxytocin treatment around the time of birth also showed – in later life – an even friendlier behavioural pattern with less anxiety and fear of novelty.

In some cases, neonatally oxytocin-treated voles also formed adult pair bonds more quickly. Especially in males, increases were seen in the oxytocin receptor after receiving small amounts of exogenous oxytocin, possibly allowing these males to be more sensitive to the benefits of oxytocin. The biological basis of the “Goldilocks principle” includes re-programming of neural pathways that rely on oxytocin and vasopressin.

Should we “mess with mother nature?”

Prenatal and postnatal experiences differ among species and within a species among individuals and between the sexes. Variations in early stimulation and hormones, such as oxytocin contribute to these differences.

Moreover, oxytocin and perinatal social experiences also are widely manipulated. Among these manipulations are different styles of parenting, and birth interventions, such as Caesarean-sections, applications of extra oxytocin to hasten birth, or blocking oxytocin receptors (sometimes used to prevent premature labour). All of these hold the potential to influence a broad range of processes relevant to the health of both the mother and baby.

Perhaps even more remarkably, the genes that control the oxytocin receptor can be epigenetically “tuned” by either experience or hormones, including oxytocin itself. Birth and oxytocin both sculpt the brain and body. During the perinatal period infants receive behavioural and physiological messages that help the new born adapt to and cope with an everchanging environment.

However, these properties also give birth, parenting and natural and medically-manipulated oxytocin the power to alter physiology and behaviour for both the present generation and into the future. Studies of oxytocin-vasopressin pathways are offering new insights into the pervasive health benefits of optimal early experiences. This research also provides warnings that manipulations of these systems hold the potential for unexpected outcomes.

We gratefully acknowledge support for research described here from the National Institutes of Health (P01 HD 07575) and the Fetzer Foundation.