Jim Siegrist from the Office of Science at the U.S. Department of Energy, charts how future machines will explore new frontiers in particle physics

Particle physics is global. Addressing the full breadth of the ﬁeld’s most urgent scientiﬁc questions requires expertise from around the world. The timeline for developing a world-class international facility to explore new frontiers in the subatomic world may take decades, but it is built from a multitude of milestones marking scientiﬁc and technical advances. The U.S. Department of Energy’s (DOE’s) Oﬃce of Science is working with partners around the globe to realise the next generation of particle physics facilities and enable future discoveries.

Studying the science of neutrinos

Today, the foundational groundwork is underway in the U.S. to host an international facility to study the science of neutrinos. These ghostly particles rarely interact with other forms of matter and change their ﬂavour between three known types as they travel. To enable precision study of this puzzling behaviour, the Long-Baseline Neutrino Facility (LBNF) will produce the world’s most intense beam of neutrinos at DOE’s Fermi National Accelerator Laboratory (Fermilab), in Illinois, and send them 1,300 km through the earth to the Sanford Underground Research Facility in South Dakota.

A new superconducting particle accelerator at Fermilab, the Proton Improvement Plan II (PIP-II), will provide the high-intensity proton beam needed to create the neutrinos. About 1,500 m below the surface of the Earth in South Dakota, the Deep Underground Neutrino Experiment (DUNE) will measure neutrinos as they arrive from Illinois as well as from natural sources, such as supernovas from our region of the Milky Way. An international collaboration of over 1,000 scientists from 33 countries is now working to develop and build the large-scale DUNE detector, using results from prototypes at the CERN Neutrino Platform to reﬁne their design and aﬃrm the technology.

International partnerships will play a crucial role in the successful realisation of this new international neutrino facility. The DOE Oﬃce of Science is working to strengthen existing collaborative partnerships in High Energy Physics and build new ones with global partners in order to bring together the necessary scientiﬁc talent and technical expertise. Formal agreements are currently in place with the European Organization for Nuclear Research (CERN) as well as the governments of India, Italy, and the United Kingdom, to contribute to diﬀerent areas of this mega-scale neutrino endeavour.

Discussions to expand the partnerships are now underway with several other countries across Europe, Asia, and South America. In fact, through such cooperative partnerships, the contributions for PIP-II will make this facility the ﬁrst accelerator project hosted in the U.S. with signiﬁcant contributions from global partners.

The DOE Oﬃce of Science is also developing particle accelerator technology that will help enable future particle physics facilities around the world. DOE is supporting the development of a future “Higgs factory,” an electron-positron collider with international participation that could produce many Higgs bosons to enable precision studies that complement those at the Large Hadron Collider (LHC) at CERN. To realise this vision, DOE supports the R&D of accelerator and detector technologies to enable Japan to move forward with the International Linear Collider (ILC). Our scientists are developing improvements to the superconducting technology that will increase accelerator cavity eﬃciency and reduce the cost of construction and subsequent operations. Over the past year, DOE has also worked with the U.S. Department of State, The White House Oﬃce of Science & Technology Policy, and the National Security Council to make a concerted eﬀort to support a Japanese initiative to move forward with the proposed ILC “Pre-Laboratory” phase of the project.

In June, the CERN Council unanimously adopted the resolution updating the 2020 European Strategy for Particle Physics. As recently pointed out by the CERN Director-General, the strategy is visionary and ambitious while remaining realistic and prudent, emphasising many exciting future initiatives in particle physics that can be achieved in collaboration with global partners, including the DOE. As one of its high priorities, the European strategy reaﬃrms the successful completion of the high-luminosity upgrades of the LHC accelerator and the LHC experimental ATLAS and CMS detectors. To enable this next era of the LHC program, the DOE Oﬃce of Science is contributing key magnets and cavity components to the accelerator upgrade, including high-ﬁeld niobium-tin-based superconducting magnets developed in the United States, as well as state-of-the-art detector elements for the ATLAS and CMS detector upgrades.

Looking to the farther future towards the next facility after the LHC, studies are underway for a Future Circular Collider (FCC), the next-generation complex that could reach particle collision energies over seven times that of the LHC. The development of such a facility is one of the key focal points of the 2020 update of the European strategy.

Earlier this year, the DOE Oﬃce of Science partnered with CERN and national laboratories across Europe on a FCC Innovation Study as part of a European Commission Horizon 2020 Design Study initiative that would investigate the technical design for a 100 km circumference collider in the French-Swiss border, one that could also leverage the existing infrastructure at CERN. The study would enable scientists and engineers to optimise the particle collider design and plan investigations into a suitable civil engineering project while also allowing all global partners to integrate into the study’s network and user community.

Moreover, DOE and CERN have recently begun discussions to expand DOE’s cooperation into CERN’s proposed future collider and is looking forward to working with CERN and other global partners to envision the technology that could achieve a FCC. Overall, facilities such as the LHC, FCC and LBNF/DUNE/PIP-II across the frontiers of science and technology promise to enable our quest to explore and achieve groundbreaking discoveries. 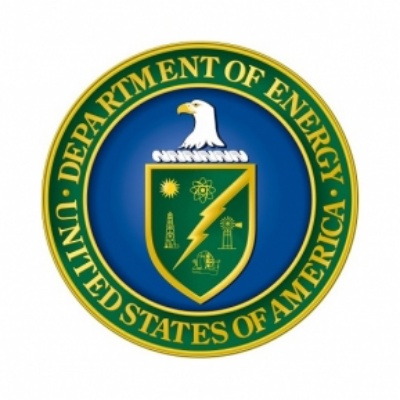