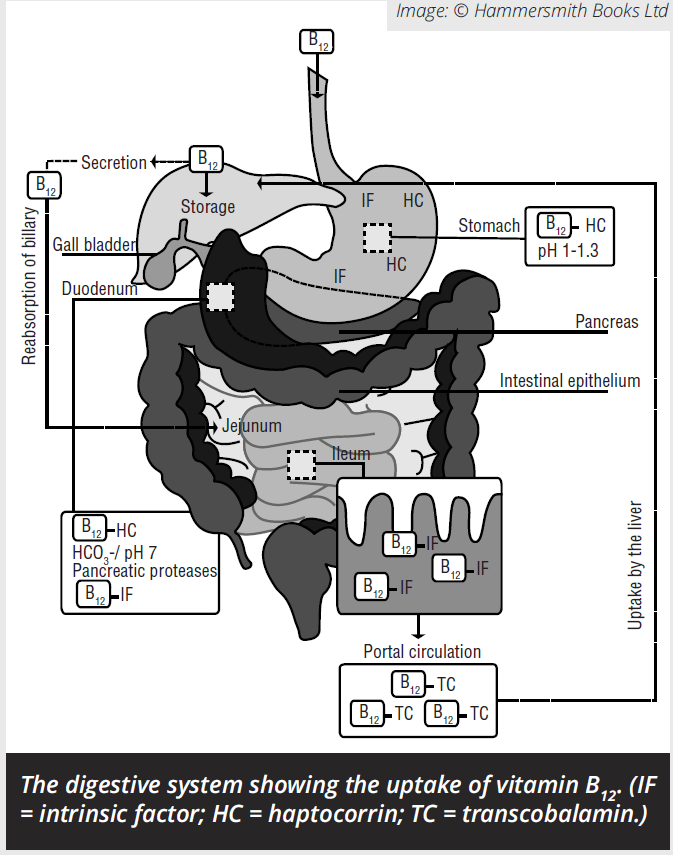 Chairman of The Pernicious Anaemia Society, Martyn Hooper MBE lifts the lid on the history, causes and diagnosis of the world’s forgotten disease

From the time it was first described in the mid-nineteenth century, the cause and treatment of Pernicious Anaemia became the subject of some of the most inquisitive minds in medicine. From the mid-1920’s the disease was treatable which, in most cases, meant that it was no longer a fatal condition and over the ensuing decades’ treatment improved.

By the early 1960’s, when the chemical structure of Vitamin B12 was described by the author of the fourth Nobel Prize for their work associated with the disease, it was generally assumed that the nature of the disease was fully understood, and it stopped attracting the attention of mainstream doctors and scientists; it was as if the whole topic had gone to sleep. However, in recent years, it has become obvious that there are serious issues concerning how the disease is diagnosed and treated and as such, Pernicious Anaemia seems to be waking up after a decades-long slumber.

Before we examine these problems in greater detail, it’s worth examining the nature of the disease. Pernicious Anaemia causes Vitamin B12 Deficiency. A normal, healthy individual will produce a protein in their stomach called ‘Intrinsic Factor’, or IF for short. The Intrinsic Factor, along with Hydrochloric Acid will have been produced by the Parietal Cells that line the fundus in the body of the stomach.

The Intrinsic Factor will bind to Vitamin B12 from any animal-based food such as meat, dairy, fish or, surprisingly, seaweed that has been eaten and it enters the bloodstream in the final part of the digestive system – the Ileum. Obviously, people who don’t eat any animal products are at risk of becoming deficient in B12 which is why most vegetarians and vegans will take oral supplements of the vitamin to avoid any harm. Some people produce an antibody that ‘kills off’ the intrinsic factor, the Intrinsic Factor Antibody and therefore don’t absorb B12 from their diet. These people have Autoimmune Pernicious Anaemia.

There are other causes of Vitamin B12 Deficiency including a vegan diet and the elderly who suffer from age-related gastric atrophy (they simply stop producing IF). Another obvious group at risk are those who have had their Ileum removed by surgery. Some medicines also interfere with B12 including treatments for gout, the contraceptive pill, proton pump inhibitors and the recreational use of nitrous oxide. Most people will be able to replenish any dwindling B12 levels by eating a healthy mixed diet or taking an oral supplement. This is not so the unfortunate patients who have Pernicious Anaemia who have to rely on lifetime injections of Vitamin B12 to keep them alive.

The diagnostic problems begin with the symptoms which are vague and often associated with many other diseases; and they are insidious, often developing gradually over many years.

Then there is the false belief among most doctors that patients who are deficient in B12 will have abnormally large red blood cells, whereas only around 60-70% of patients will have any macrocytosis. And now things really get tricky. You see, there’s no real consensus of what numerical value constitutes a deficiency or sub-clinical deficiency.

The second major problem is how patients are treated where a one-size-fits-all approach is taken. Some patients need much more frequent replacement therapy injections of B12 than others but are regularly refused them. This leads to the debilitating symptoms of extreme tiredness, personality changes and brain fogs returning long before the next injection is due, causing problems in the workplace and with social life.

The cost of misdiagnosis and non-diagnosis over many years has yet to be fully explored, but it is certainly a major drain on health budgets. In a recent survey of members of the Pernicious Anaemia Society, 33% waited over five years for a diagnosis, whilst 14% waited over 10 years. It is time for the problems associated with this disease to be thoroughly investigated. It really has become the world’s forgotten disease.

Martyn Hooper is the founder and current chairman of the Pernicious Anaemia Society and is the author of three books about the disease. In January 2017, he was made a Member of the Order of the British Empire (MBE) for his services to people with Pernicious Anaemia.