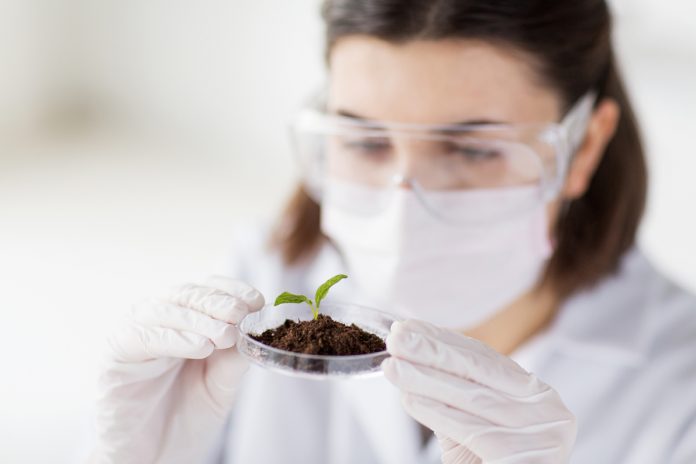 Cooperative Extension Specialist at the Department of Botany and Plant Sciences, University of California Riverside, Dr Philippe E. Rolshausen shares his thoughts on biological pesticides and the future of sustainable agriculture

Crop yield and quality of marketable fruit are corner stones of any farmers’ business model. To that end, chemicals have been widely deployed in agriculture to fertilise soils and plants or to kill pests and pathogens that are limiting factors to optimum productivity.

However, the 20th century dogma that chemicals could be used blindly without restrictions has found its limits in today’s era. Concerns about their excessive use on human health and environmental pollution have shifted the farming philosophy to a more sustainable approach. Here, we will review some of the key discoveries that have advanced the field of biological pesticides and discuss how new technologies could shape the future of sustainable agriculture.

Synthetic agrochemical products have been successful for decades to manage pests and pathogens. An agrochemical is categorised by its active ingredient and metabolic target. One the major negative side effect of over-using chemicals with a similar mode of actions is the selection of resistant strains within microbial populations. Examples of resistance to fungicides and bactericides in fungal and bacterial pathogen populations are well documented, but often growers manage the problem by rotating their chemistries, adopting disease forecast models to reduce chemical input and adapting their management practices to minimise disease pressure.

However, in extreme events, farmers have no chemical alternatives to manage a disease. For example, resistance to the neonicotinoid insecticide in psyllid populations has been clearly established in the United States and it no longer suppresses populations of psyllids below desirable levels. This has become a major threat to the citrus and potato industries because this insect feeds on plants and transmits bacterial pathogens (Candidatus liberibacter species) that cause diseases known as Huanglongbing and Zebra Chip, respectively.

In recent years, there has been a shift in consumer mentality, with an increased demand for organic food and food products. US farms produced and sold $7.6 billion (up 23% from 2015) in certified organic commodities, according to the U.S. Department of Agriculture’s National Agricultural Statistics Service. As a result, there has been an increase of organic farms (over 14,000; up 11% from 2015) and a total acreage (5 million acres, up 15% from 2015).

Conventional farms also tend to be more mindful of their farming practices. To that end, biological pesticide application, which consists of using beneficial microbes or microbial products to control disease, improves soil and crop health and has been deployed in a broader capacity because of their low environmental impact. For example, one of the many benefits is that resistance cannot develop against microbes.

The first biological control ever discovered in the early 20th century was the bacterium Bacillus thuringiensis. Some strains produce toxins that are lethal to insect pests and those have been commercialised, as either a biological insecticide or an insect-resistant genetically modified crops. Because of the toxin host-specificity, it is regarded as environmentally friendly.

Another key example of biological pesticide is Agrobacterium radiobacter strain K84 registered in the late 20th century as a biological control agent of grown gall caused by Agrobacterium tumefasciens, a soil-borne pathogen that affects a broad spectrum of crops. A. radiobacter strain K84 releases a toxin that alters the ability of the pathogen to reproduce.

Despite those key scientific discoveries that became commercial successes, biological pesticides only remained adopted in niche markets where synthetic chemicals were not registered, not effective, or not economical. Thus, the discovery of new biological pesticides remained marginal because of the widespread adoption of cost-effective synthetic chemicals. Nowadays, this trend is reversed. The commercialisation of chemical pesticides is declining whereas biopesticide has become a booming market.

One of the major game changers for biological pesticides discoveries was the advent of ‘Omics’ technologies. The traditional microbiological techniques that were utilised in the 20th century did not allow for a high throughput screening of organisms. In addition, most organisms are not culturable, so the microbial techniques only recovered a small range of the plant-associated microbes and most bacteria and fungi were overlooked. Plants host an infinite number of microorganisms and looking for the ‘good ones’ at the time was comparable to finding a needle in a haystack.

In today’s era, ‘Omics’ technologies have allowed us to profile the microbial communities living inside and outside of plants and better understand the complex plant-microbe and microbe-microbe interactions and their biological functions. These new technologies can reveal in a high throughput capacity taxa, genes, metabolites or proteins that have potential antimicrobial attributes.

In my laboratory, we are using these technologies to identify solutions to two important bacterial diseases of grapes and citrus, namely Pierce’s Disease and Huanglongbing, respectively. Those global emerging diseases are huge threats to crop production because they can rapidly kill a vine or tree. We have been exploiting a natural phenomenon occurring in vineyards and orchards whereby some vines or trees under high disease pressure are not symptomatic.

Because plants are of the same genetic make-up (same variety grafted on the same rootstock) we hypothesise that the residing microbial communities cause the disease tolerance that we observe. Our approach is to collect plant tissue samples from both symptomatic and asymptomatic plants and deploy a culture-dependent approach with traditional microbial techniques and culture-independent approach using a next generation sequencing-based platform, so we capture all the organisms associated with those plants.

The computational analyses of the DNA-database provide the seeds for obtaining a greater understanding of the factors that shape the plant microbiome, as well as identifying the microbes that potentially play a role in plant health and disease suppression or exacerbation. Those potential beneficial microbes can be cross-referenced in our culture collection and recovered for downstream evaluation in in vitro and in planta bioassays. This approach provides opportunities for the patenting of novel technologies and for the development and commercialisation of new science-based bioproducts.

Department of Botany and Plant Sciences, University of California Riverside