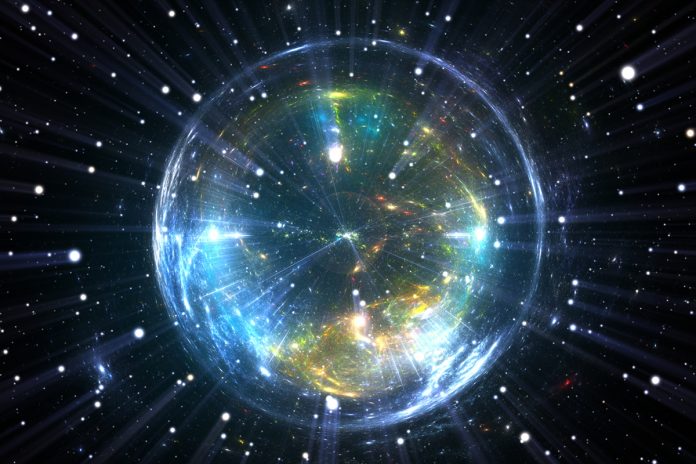 Román Orús from Institute of Physics, Johannes Gutenberg University takes us on a journey through the complexity of quantum systems

In physics, the field of quantum information and computation has become a mature discipline. Starting from the pioneering ideas of physicist Richard Feynman on quantum simulators, recent developments motivated the study of what Albert Einstein called “spooky action at a distance”, commonly known nowadays as quantum entanglement. This “entanglement” is the key property behind many of the most outstanding and counterintuitive properties of quantum mechanics and its study has propelled new research directions recently.

One of those directions is the study of entanglement in quantum matter, that is in aggregates of many quantum particles or, to say it differently, in complex quantum systems. The properties of such systems, built up by many (perhaps infinitely-many) individual constituents, have been to a great extent obscured due to the complicated equations governing their behaviour. And this is a pity, because it hinders progress along many directions: from the design of new materials and drugs, to the development of new algorithms for artificial intelligence (AI)…and even to the understanding of the fundamental nature of space-time.

A game-changing discovery, though, has been that quantum matter has an inherent mathematical structure when it comes to understanding its quantum properties. And this structure can be described, formally, by what researchers call “tensor networks”. These are networks of entanglement where mathematical objects, called tensors, describe locally the properties of the aggregate1.

Tensor networks are new tools to understand old problems. They have propelled the understanding of many aspects of quantum matter that remained obscure to scientists over decades. A prominent example is that of topological properties of materials. Such properties cannot be described by the classical paradigm of phase transitions, what physicists call “Landau theory”. Instead, non-local quantum effects are the key towards their understanding. And this is no joke: systems with topological properties hold the key to the design of topological quantum memories, as well as to topological quantum computation, which are disruptive technologies nowadays pursued by several laboratories worldwide and with the potential to change many aspects of our society. In this respect, tensor networks have allowed a precise mathematical understanding of all the intricate properties of topological matter. In particular, models such as the so-called “Kitaev’s Toric Code”2 (the simplest and most paradigmatic topological model) can be fully understood in the tensor network language, in turn, allowing to perform numerical simulations predicting their behaviour under external perturbations with the aid of powerful algorithms3.

But the achievements of tensor networks in the field of quantum matter go much further than topological systems. A good example is the numerical simulation of two-dimensional quantum lattice systems. On the one hand, today we can predict, with unprecedented accuracy, phase diagrams of complicated two-dimensional models that remained elusive for many years. For instance, the so-called “infinite-PEPS algorithm”4 (a specific tensor network numerical method) has allowed us to obtain the best energies for the Hubbard model in the strong coupling regime5. This model is believed to be the key to understand high-temperature superconductors and its most accurate predictions are currently obtained via tensor networks.

In connection to this, the same algorithm has been used to predict the properties of some magnetic materials of paramount importance, such as the so-called Kagome Heisenberg antiferromagnet. The properties of such system remained elusive for many years until recent numerical simulations with tensor networks determined, once and for all, its ground-state properties6. On the other hand, a new tensor network method has been recently proposed to simulate the effect of dissipation in two-dimensional quantum systems7. This new method opens an entirely new field of research that is full of exciting possibilities.

Nevertheless, the most intriguing fact about tensor networks is that they are also at the core of other important problems where nobody expected them to show up. There are three clear examples of this: quantum gravity, machine learning and theoretical linguistics. In quantum gravity, it has been found that the quantum structure of space-time is actually a tensor network, favouring the intuition that our universe seems to be nothing but a complicated network of entanglement8. This stimulating idea is one of the strongest hints towards the unification of quantum mechanics and general relativity, probably the most important open problem in physics. As for machine learning, it has been recently understood that deep learning structures, such as convolutional and recursive neural networks are, in fact, particular cases of tensor networks9. This implies that the mathematical machinery of quantum information can also be applied, in its full glory, to computer science, thus helping to develop better algorithms for AI, such as those found in self-driving cars and face-recognition systems. And finally, when it comes to linguistics, researchers have understood that the syntactic structure of human language also corresponds to specific examples of tensor networks, hinting directly at the way in which our brain processes information, as well as to universal properties of language10.

The history of tensor networks exemplifies how developments in one field trigger, in the long run, unprecedented applications in others. There is an important lesson that we must learn from this: what is sometimes regarded as useless, irrelevant science in the short term, may actually turn out to be the key ingredient in the long term. This is a lesson that our governments and administrations should never forget. Investment in science must not depend on a short-term perspective only, because good science is like a good wine: it just gets better with time.