What is the education situation in the UK?

Education in the UK took a hard hit as the pandemic came into effect.

With students moved to digital classrooms, the intrusion of home life, deaths in the family and differing levels of access to technology, there was essentially a new playing field for education.

A recent report by the Education Policy Institute (EPI) also found that students could lose £46,000 in lifetime earnings – if their learning was severely disrupted during the most intensive part of lockdown.

There have been complaints across the teaching sector about the way that remote learning was handled, both at primary and secondary level.

What are the post-COVID solutions in the Autumn Budget?

The Chancellor confirmed an additional £4.7 billion for the schools budget in England, but only beginning in 2024 or 2025. Similar to the announcement on aid spending coming back up to 0.7%, there is a two-year delay before implementation.

There will be £2.6 billion of capital funding for new school places for children with special educational needs and disabilities, then a further £1.8 billion of additional money for post-COVID education recovery.

What about adult education?

The budget also contained some funding aimed at school-leavers and young people outside of the UK.

Apprenticeships will be given an extra £2.7 billion, as of 2024-2025. The existing investment of over £900 million for each year will continue, which is earmarked for Universal Credit claimants in the hunt for work.

There will be an investment of £1.6 billion for 16–19-year olds’ education in England.  Then In 2025-26, the UK will give £430 million to the Global Partnership for Education to help to educate young people, particularly for girls.

Skills are a particularly focus this time around, with the party pushing for adult access to education. The budget also contains £560 million of funding through the UK Shared Prosperity Fund for a “Multiply” programme – which will support up to half a million adults to improve their numeracy.

“Government has made teaching an almost impossible job”

The govt. is, apparently, going to focus on getting ‘better’ teachers. Here’s the thing – they have the best teachers ever at the moment. The problem is that far too many leave because the same govt. has made teaching an almost impossible job.

Nick Thompson, CEO of DCSL GuideSmiths, comments on the what governmental support means for the digital and skilled sector: “It’s great to see that the UK government has thrown their support into the skilled sector with increased funding, especially after such a turbulent few years. This budget acknowledges the importance of the future of the digital and software development sector, as it is now clear that many businesses now rely on digital transformation and app development for their growth and survival – especially as we work towards recovering from the pandemic.”

David Lammy sees the post-COVID education recovery as more of a post-Conservative situation:

Rishi Sunak says he will return education funding to 2010 levels. Wait until they find out who’s been in charge for the past ten years.

Simon Carter, Director at RM Education, said: “There is at least some positive news for one of the most cash-strapped Government departments: education. With schools, colleges and universities under enormous pressure to fill staff vacancies, as well as fund ever-developing remote learning offerings, teachers will be relieved to learn that not all areas of education will be facing a further round of cuts this October.

“And, with half term behind them and shortages of everything from sparkling water to petrol to lorry drivers plaguing Britain in the lead up to Christmas, schools will be reassured that there isn’t another tightening of belts so soon after the pandemic.” 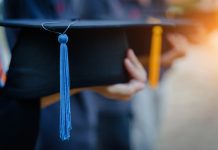 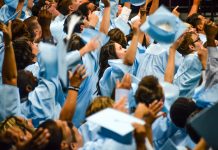 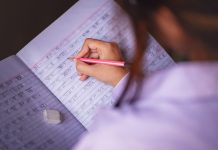 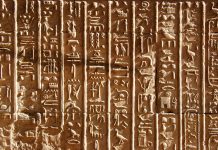 We develop our language learning skills through speech patterns 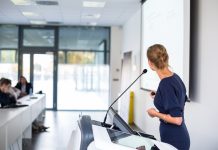 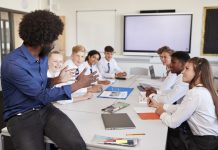 Closing the literacy gap via catch-up programmes in education