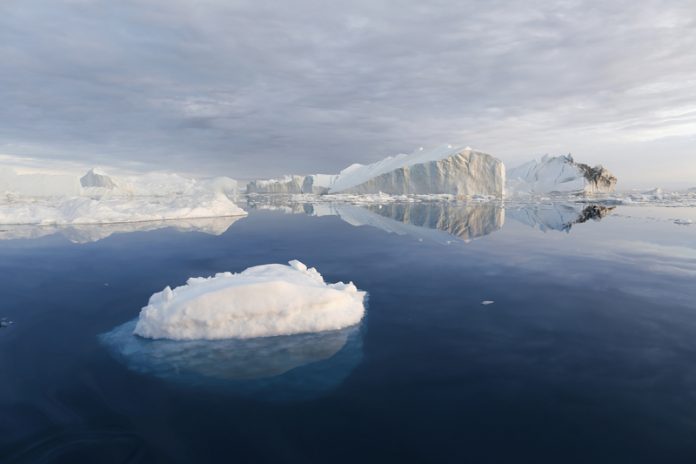 The work of the Office of Polar Programs (OPP), part of the National Science Foundation (NSF), is examined here by Open Access Government

Within the National Science Foundation (NSF), the Office of Polar Programs (OPP) exists to promote innovative and creative scientific research that concerns the polar regions. They achieve this by catalysing fundamental understanding and discovery of polar systems and their global interactions to educate the United States and to advance the welfare of everybody.

Science, Technology, Engineering and Mathematics (STEM) engagement and workforce development (education & people) are very much a part of OPP’s remit, as they aim to undertake their duties in a collaborative and sustainable manner. OPP works with a wide array of partners, including native Arctic communities and Alaskan residents from the polar regions, as well as local, state, federal and international educational and research agencies and institutions.

One of the many examples of research highlighted on OPP’s website is all about a study which shows that a ribbon of ice more than 600 km long that drains around 12% of the gigantic Greenland Ice Sheet which has been smaller than it is today, a new study explains. We find out that the loss of ice from the Northeast Greenland Ice Stream (NEGIS) took place during the warm Holocene period, and during a time preceding the last glacial maximum that is thought to be very cold one, the researchers argue.

“There are some parts of the ice sheet that are relatively stable and others that show evidence of very rapid retreating – a pattern we’re seeing today as well as thousands of years ago,” says Anders Carlson, from Oregon State University, who is a co-author of the study. “Some of it relates to bed topography – when the bed is below sea level, it stabilises that part of the ice sheet. In low spots, it is unstable”, he adds.1

In other recent news, we learn that the collapse of the Thwaites Glacier in West Antarctica could affect global sea levels significantly. In April, the National Science Foundation (NSF) and the United Kingdom’s Natural Environment Research Council (NERC) announces that teams of scientists in various U.S. institutions will deploy to Antarctica to collect the data required to find out if the glacier could begin to collapse during the next few decades or centuries.

This is part of a new $25 million research collaboration, which will continue until 2021 and we discover that The Thwaites Glacier already drains an area that is similar to the size of Britain or the state of Florida, which accounts for around 4% of global sea level rise.

“Satellites show the Thwaites region is changing rapidly,” says William Easterling, NSF assistant director for Geosciences. “To answer the key questions of how much and how quickly sea level will change requires scientists on the ground with sophisticated equipment collecting the data we need to measure rates of ice volume or ice-mass change. The challenges of conducting fieldwork of this scope and scale in such remote locations are enormous. The only practical way for nations to do this is to work collaboratively, each bringing scientific and logistical resources to enable complex and comprehensive field studies”, he adds.

The Office of Polar Programs manages the U.S. Antarctic Program, which will support the collaboration’s researchers and provide U.S. logistics for the project’s vital work. “The fate of the Thwaites Glacier is one the big unknowns in Antarctic science,” says Duncan Wingham, NERC’s chief executive. “We currently do not know enough about the likelihood, timing and magnitude of the collapse of West Antarctic glaciers such as Thwaites to be able to plan accordingly. NERC and NSF, working together, are uniquely placed to attempt to reduce the scientific uncertainty about these unknowns, providing answers to one of the most important questions facing us about global sea level rise”, he adds.

This is the largest joint project undertaken by the two nations in Antarctica in more than 70 years and includes about 100 scientists from research institutes in both countries alongside those other nations, including Germany, Sweden, South Korea, New Zealand and Finland. Kelly Falkner, director of NSF’s Office of Polar Programs, underlines that the U.S. Antarctic program has: “decades of experience in supporting large-scale international research initiatives – from building the world’s largest neutrino detector at the South Pole to supporting ice-core and sediment drilling projects that provide glimpses into the thawing and freezing of Antarctica over timescales of millions of years.”2

In closing, it’s worth just saying that these two examples illustrate the Office of Polar Programs clear aim to promote, “creative and innovative scientific research…in and about the polar regions, catalysing fundamental discovery and understanding of polar systems and their global interactions to…advance the welfare of all people.”3