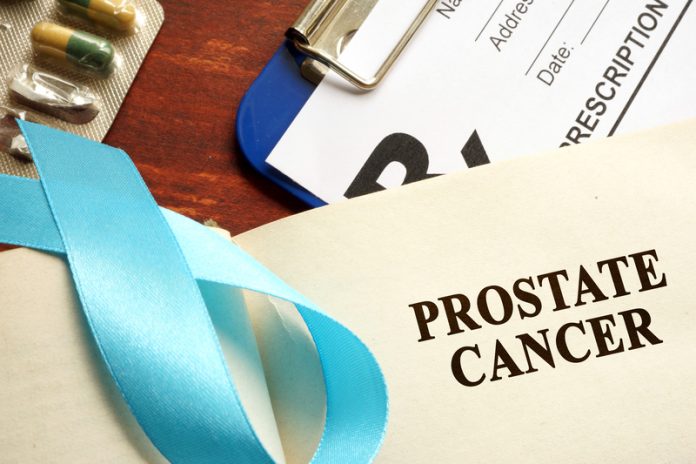 Roger Wotton, Chairman of Tackle Prostate Cancer explores the key issues around prostate cancer, the most common cancer in men

The poor relation of cancers

One of the problems with prostate cancer is that it is invisible, doesn’t always present with symptoms and because it affects men “down below” it is often ignored as men stick their head in the sand, don’t talk about it and leave it too late to seek advice. Many men end up
suffering more from the emotional and psychological effects of being diagnosed with prostate cancer than they do from the physical manifestations of the disease. This is another difficult nut to crack!

A visit to the doctor

Examples still crop up where GPs are reluctant to offer a simple blood test. Despite continuing controversy, for the foreseeable future, this blood test for Prostate Specific Antigen (PSA) remains the only initial, simple, cheap option available to screen for prostate cancer in asymptomatic men and detect it at an early, curable stage. Although UK men over the age of 50 are actually entitled to a PSA test in line with the recommendations
of the Prostate Cancer Risk Management Programme (Public Health England, March 2016)2, many GPs are unaware of this and are unable to provide up to date counselling3. This is of particular concern to men of black African and Caribbean heritage who carry a one in four risk of getting prostate cancer and similarly for men with a positive family history.

To screen or not to screen

Since PSA came into general use in the 1990s, its use, over-use and misuse have led to widely varying rates of utilisation across nations and controversy over its benefits versus harms, with harms characterised as “over-diagnosis” and “over-treatment” of non-aggressive, indolent, harmless cancers. PSA based screening studies from Europe have been running well over 10 years and are reporting falls of over 40% in the death rate from prostate cancer 4,5. UK mortality lags well behind and probably less than 10% of UK men seek screening6.

Whilst the UK has no national screening programme, most national and international urological guidelines for PSA screening recommend screening from age 45 for men with a family history of prostate cancer and black African or African Caribbean men, obtaining a baseline PSA in a man’s forties to predict future risk, linking PSA to a “risk calculator” to assess need and frequency of future PSA testing and not to screen men below 40 or with less than 10 years’ life expectancy. 7,8,9 Whilst screening for prostate cancer in the UK has
remained static, its clinical treatment has taken big steps forward. Furthermore, the advances have been backed by solid and highly influential UK trial and audit evidence, as detailed below.

The PROMIS10 and PRECISION11 trials

These UK trials demonstrated that if a multiparametric MRI (mpMRI) was performed prior to biopsy for men with a raised PSA, no biopsy was necessary for 25% of men in whom no MRI abnormality was detected. If prostate cancer was present in such men, it was nonaggressive and not clinically significant. Thus, the risk of “over-diagnosis” and risk of unnecessary biopsy have been greatly reduced. Visible abnormalities, however, are likely to be significant and can be targeted with certainty.

This UK trial reported the 10-year outcome of 1643 UK men with apparent, non-aggressive, PSA screendetected prostate cancer randomised to receive radical treatment or active surveillance. After 10 years, the death rate was only 1% whether treated radically or merely followed by active monitoring. It thus confirmed the safety of active surveillance alone for non-aggressive prostate cancer.

This demonstrated that between April 2015 and March 2016 nearly 42,000 men were diagnosed with prostate cancer in England and Wales. 54% were over age 70 and 51% had advanced prostate cancer at presentation – 15% have metastatic disease. Whilst these statistics confirm the paucity of early diagnosis in the UK, the latest statistics on biopsy and treatment are much more encouraging. mpMRI is increasingly being used prior to prostate biopsy and only 8% of men with low-risk, localised prostate cancer underwent radical treatment. Thus, potential “over-diagnosis” is being minimised and “over-treatment” continues to reduce, having fallen from 12% in 2014/15.

These advances in clinical care starkly illustrate the widening gap between our poor screening statistics and the excellent care now available to all UK men lucky enough to have screen-detected prostate cancer at an early, curable stage. Finally, concerns about the utility of PSA as a screening tool have been fully addressed by Prostate Cancer UK’s “13 Consensus Statements”14.

In conclusion, in the absence of better options, application of PSA screening according to these optimum criteria for appropriately informed men over the age of 40 would appear to be the best way we can bring about a significant reduction in the UK’s unacceptable death rate from prostate cancer. Let’s have a wake-up call for men to demand better and earlier diagnosis and give them the chance they deserve to avoid this terrible disease.