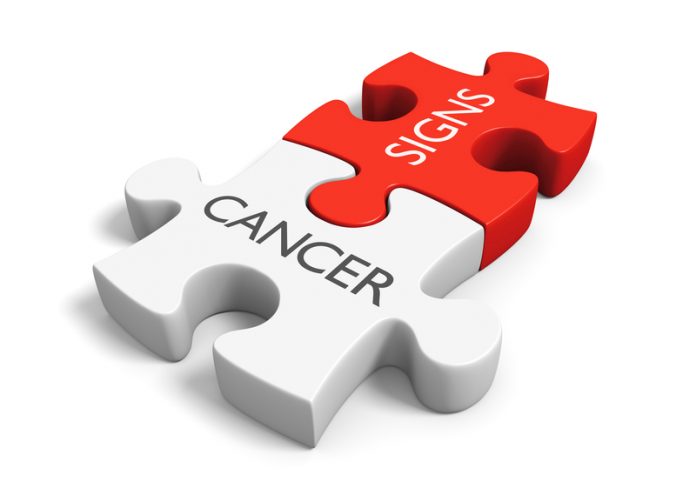 Two-thirds of parents think teachers should teach school children about the signs and symptoms of cancer, it has emerged

The study, which polled 1,000 parents of kids in secondary school, also suggests mums and dads would like the education process to this start at the age of 11.

The same research revealed nearly a third of UK parents themselves feel uncomfortable talking about cancer with their children, and 61% feel cancer should be taught in a PHSE (Personal, Social, Health and Economic Education) lesson.

According to the study 83% feel it is important for their children to learn about illnesses and diseases which may affect them in the future.

The Eve Appeal, a national charity dedicated to raising awareness of the five gynaecological cancers, commissioned the OnePoll.com research.

Athena Lamnisos, Chief Executive of The Eve Appeal, said: “We want the next generation of children to be armed with knowledge that can help save lives. A child’s relationship with their body is the longest one they will have – and we want schools to teach them how to respect and understand it.

“We know early diagnosis is imperative to a better outcome for patients – especially with gynae cancers – and preventing cancer is what we, and parents, all want to see. Our priority now is to leverage the government’s current focus on this area of education and to ensure that life-saving knowledge that will bolster health prevention are built in.

“We’re recommending that basic body knowledge is included from age seven and that cancer screening, prevention and signs and symptoms education begins at age 10. It’s essential that these issues are taught in both age appropriate and taboo-busting ways. We must increase knowledge and reduce embarrassment.”

The Eve Appeal has launched its Put Cancer on the Curriculum campaign, calling for the government’s new draft guidance on relationships and health education to include education on cancer, along with enhanced anatomical body knowledge.

The Put Cancer on the Curriculum campaign responds to the current Government consultation on Relationships, Sex and Health Education launched in July and ongoing until 7 November. The charity understands that talking to children about issues such as reproductive health and cancer must be handled sensitively and in an age-appropriate fashion.

Their priority now is to leverage the government’s planned new Relationships (and Sex) education and Health education guidelines and pollinate the UK education system with what could be life-saving knowledge.

Dr Bella Smith, an NHS GP, said: “If we can talk to children openly, honestly and without embarrassment they can learn what is normal in their development and in their health. This teaches them to take responsibility for their own health and to be in control of their bodies. We don’t need to scare them.

“‘In fact, the more aware of their health they are, and the more that they are comfortable discussing their health, the more likely they will be able to detect an abnormality early. This is so critical for parts of the body that might be seen as ‘embarrassing’ to talk about.”

Deborah James is a mum of two and former deputy head teacher who was diagnosed with stage 3 bowel cancer at the age of 35, which has now advanced to stage 4.

Backing the campaign, Deborah said: “As a former deputy head teacher I feel strongly that schools already carry a huge burden of responsibility in picking up the threads of health and relationship education where parents seem either unwilling or unable to do so.

“Yet as a mum and somebody living with cancer, I also feel it’s imperative kids are educated in respect of their bodies, hard as those conversations may be.

“I had no idea the symptoms I was experiencing prior to my diagnosis were classic symptoms of bowel cancer.

“Perhaps if a cancer education programme was fully immersed into the curriculum when I was at school, things may have turned out very differently for me.

“This campaign is critical because it tackles a lot of taboos at once: certain parts of the body for example. I feel we need to do everything to break the culture of embarrassment around gynae health.”

The aim of the campaign is to kick-start a cancer education programme that begins at Key Stage 2, with basic anatomical and body awareness included.

The Eve Appeal also believes it is vital that boys and girls learn about the benefits of the HPV Vaccination Programme, which is due to be rolled out to boys as well as girls, and yet is currently not mentioned in the draft guidelines, as well as the cervical cancer screening programme.

September is Gynaecological Cancer Awareness Month, and throughout the month The Eve Appeal wants to encourage members of the public to sign-up in support of the Put Cancer on the Curriculum campaign.