Peter Ware, Partner and Head of Government sector at Browne Jacobson, discusses public procurement and the extent to which this is a brave new world

How public bodies purchase goods, works and services has often been considered a minefield both for the purchasing public body and potential providers. The legislative landscape is, in its present form, based on free movement principles stemming from the UK’s former membership of the European Union. With the UK’s departure from the EU, the opportunity has been created for a different approach, but why is that important, what are the challenges and is that opportunity being grasped?

Why is it important?

Fundamentally, it is difficult to argue against the fact that how public bodies spend taxpayers’ money should be fair, open and transparent. A set of rules and procedures which prevent cronyism, corruption and delivers value for money must be correct. As we’ve seen during the pandemic, when contracts are awarded without those kinds of rules and diligence, then governments rightly open themselves up to criticism.

Furthermore, we are talking about a lot of money, in a non-pandemic year, the government spends on average around £290 billion on outsourced services, goods and works. This represents anywhere between 10% and 14% of Gross Domestic Product (GDP) and we are now in a situation where more services are outsourced than provided directly by government. The state’s spending power is important both to it and of course to the providers with whom it contracts, and that symbiotic relationship is something that needs to be worked at by both sides of the equation if the best results are to be achieved.

It has been clear for some time that public bodies ought to utilise their spending levers to address societies challenges as well as solution delivery.

Indeed, in its 2011 Green Paper on the modernisation of procurement, the European Commission set out that it should be utilised to procure things with higher societal value. Whilst the eventual directive sought to do that, it is not clear that in practice it did. With the huge challenges that this country faces coming out of the pandemic and the net-zero target, now has to be the time to ensure that the purchasing power of the public sector is used in a way that is much broader in its thinking than merely solution cost-driven.

So what is the problem?

Those regularly involved in public procurement will know that the regime, largely in the form of the Public Contract Regulations 2015, is often seen as a bureaucratic challenge. The complexity coming out of the legislation is often exacerbated by the way in which the rules are interpreted. However, I find it difficult to criticise public bodies for being risk-averse. The rules are complicated, and it is incredibly easy to make a mistake. When mistakes are made, and challenges brought, the costs, criticism and delays are significant. This cycle of fear of challenge and complexity means that it is inevitable that public procurement is cumbersome and needs simplifying.

So what is happening?

So is there an opportunity to take advantage of our exit from the European Union? An opportunity to perhaps slash red tape and bureaucracy and drastically transform the landscape of public procurement in the UK?

A Green Paper was issued by the Cabinet Office in December 2020. That foreword stated that the goal of the Green Paper “is to speed up and simplify procurement processes, place value for money at their heart and unleash opportunities for small businesses, charities and social enterprises to innovate in public service delivery”. It seeks to do so by creating “a progressive, modern regime which can adapt to the fast-moving environment in which business operates”, underpinned by “a culture of continuous improvement to support more resilient, diverse and innovative supply chains”.

The Paper includes suggestions around new principles of procurement, a new oversight body, a reduction in the number of procedures and changes to the remedies regime with a focus on pre-award dispute resolution rather than resolution after award. It also has a focus on transparency with a central technology platform where much more information is made freely available.

Some have questioned whether these proposals are a missed opportunity, not being the root-and-branch change needed. Whilst I have some sympathy for that concern, it is perhaps inevitable that change was never going to be a wholesale ripping up of the rule book. If nothing else, we are hampered by some of the requirements of the various international agreements we are a party to.

For me, however, we need to focus on how we use public procurement better, how we achieve those wider societal goals and deliver better social value and this won’t come from rules change alone. Whilst we already have the Public Services (Social Value) Act, which requires contracting authorities to consider the social outcomes in the planning phases before they start the competition, the success of this is patchy often because commissioners don’t have the bandwidth to consider it properly. Commissioners need to be given the space, skills and resources to revaluate how they look at procurement.

Rules are about process and changes are required, but without a greater emphasis on the planning and even the ability to take some risk, we will never get the best out of the private sector and deliver more than just binary solutions. Commissioners must be empowered to be holistic in their thinking, costs and a good process are important, but much more weight needs to be given to the whole solution and that comes from good planning and lateral thinking. If we can do that, the spending power of the state really can start to address these huge challenges and genuine value will be achieved. 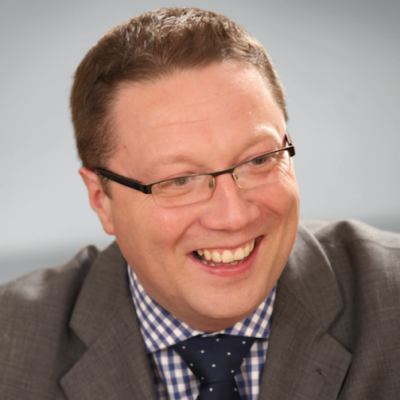