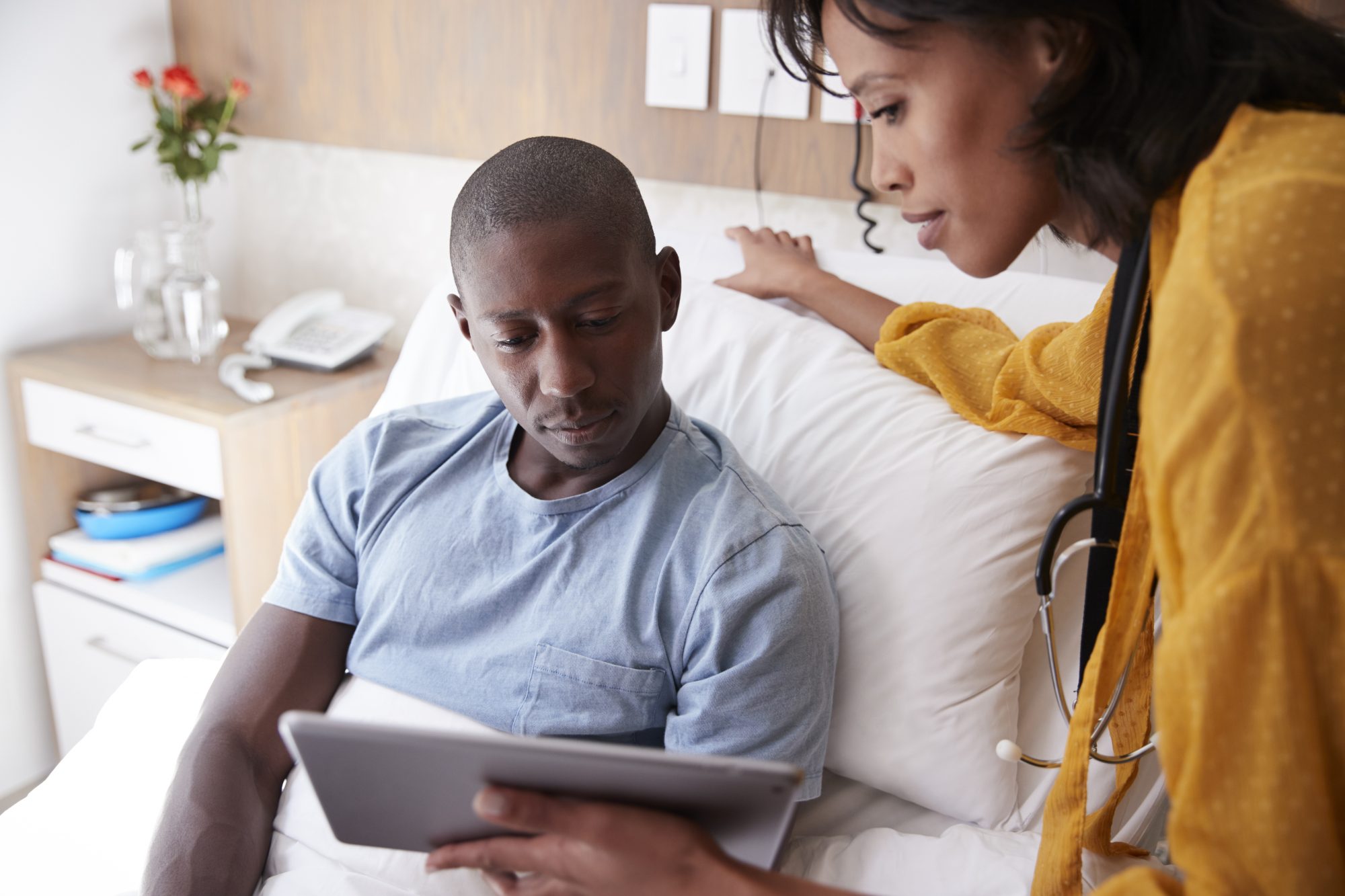 According to new research, Black people are 38% less likely than white people to be diagnosed at cancer screenings in England

New study reveals that Black people are more than a third less likely to be diagnosed with cancer via screening than white people in England.

The first study of its kind urges targeted efforts to improve diagnoses via cancer screenings amongst black people.

Cancer screenings are so important because they can spot cancer in its early stages which increases the likelihood of treatment being effective. Screening programmes can also prevent cancer altogether if detected early enough.

The latest research from the British Journal of Cancer reports that there are stark disparities between ethnic groups.

Over a ten year period more than 240,000 cancer patients found that 8.61% of patients were diagnosed via screening.

The figure for white people was 8.27% which is very similar to the national average. However, among black people it was 5.11%.

This means that black people are 38% less likely to be diagnosed via screening than white people.

Mixed-race patients were much more likely to be diagnosed via screening at 9.49%, and higher still in Asian patients at 10.09%, almost double the rate for black patients.

The lead researcher Tanimola Martins, a Cancer Research UK-funded post-doctoral research fellow at the University of Exeter Medical School commented: “Black patients in our sample were less likely to be diagnosed via screening, consistent with their lower uptake of screening opportunities. More targeted efforts might be required to change this trend. We need to intensify efforts to improve uptake of screening.”

Jabeer Butt, the chief executive of the Race Equality Foundation, wants to see urgent action and added: “Cancer screening saves lives. That’s why it is so important that effective outreach and culturally appropriate interventions are prioritised to reduce health inequalities.

“We know that awareness of cancer symptoms is lower among minority ethnic groups, particularly black Africans, with higher reported barriers to seeking help. But we also know from previous research on colorectal cancer interventions that speaking to someone who explains the steps of the screening process ahead of time can lead to improvements in screening uptake in minority patients.

“Other strategies, like training physicians to effectively communicate with patients who have less experience of healthcare, have also been shown to be effective. It’s time to put these solutions into practice across the board and make inequality in cancer a thing of the past.”

“There can be lots of reasons why people may not take up screening, from practical barriers around attending appointments to fear of a potential cancer diagnosis,” said Michelle Mitchell, the chief executive of Cancer Research UK. “More detailed ethnicity data is needed to allow us to understand the full picture, and target interventions to improve screening uptake.

“Cancer screening programmes have a valuable role to play in diagnosing cancer earlier, when treatment is more likely to be effective, and reducing health inequalities. It’s vital that any barriers to screening are removed to increase cancer diagnosis and save lives.”

Tanimola Martins has suggested that GPs discuss the benefits of cancer screenings with patients. “As black patients frequently use primary care, this may provide the ideal setting for targeted interventions to improve the awareness and uptake of screening,” he said.

“A recent trial showed that targeted intervention to promote cancer awareness and help seeking was associated [with] improved consultation rates. Such intervention may be adapted to promote breast cancer screening uptake in black women.”