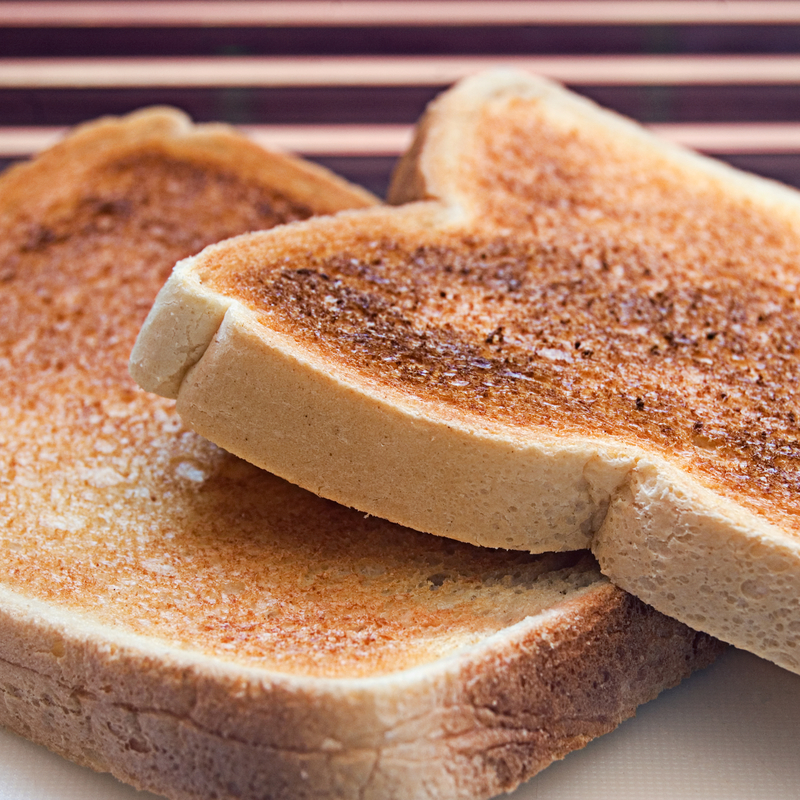 The guidance, which was launched today, warns that certain foods that are roasted, fried or grilled for too long contain a chemical called acrylamide.

The chemical is a natural by-product of the cooking process when food reaches temperatures of more than 120 degrees Celsius.

For example, when bread is grilled to make toast, this causes acrylamide to be produced – and the darker the colour, the more of the chemical is present.

The guidance has been criticised for suggesting that too much exposure to acrylamide could cause cancer. However, this has only been reported in research using mice, not humans.

As part of a new campaign by FSA – ‘Go for Gold’, they advise that starchy food, such as bread and potatoes, should be cooked only to a golden yellow colour to reduce our intake of the chemical.

The FSA says it is not clear exactly how much of the chemical can be tolerated by people. The government agency is suggesting people make small changes to the way they cook and prepare food, such as:

Steve Wearne, Director of Policy at the FSA, commented: “Our research indicates that the majority of people are not aware that acrylamide exists, or that they might be able to reduce their personal intake.

“Although there is more to know about the true extent of the acrylamide risk, there is an important job for government, industry and others to do to help reduce acrylamide intake.”

Research in animals has revealed that acrylamide is toxic to DNA and causes cancer – with scientists assuming this is true in people, although as yet there is no conclusive evidence.

It is reported that whether or not acrylamide causes these effects in humans depends upon the level of exposure.

The guidance has also been criticised for undermining support for ‘real’ public health priorities, such as obesity.