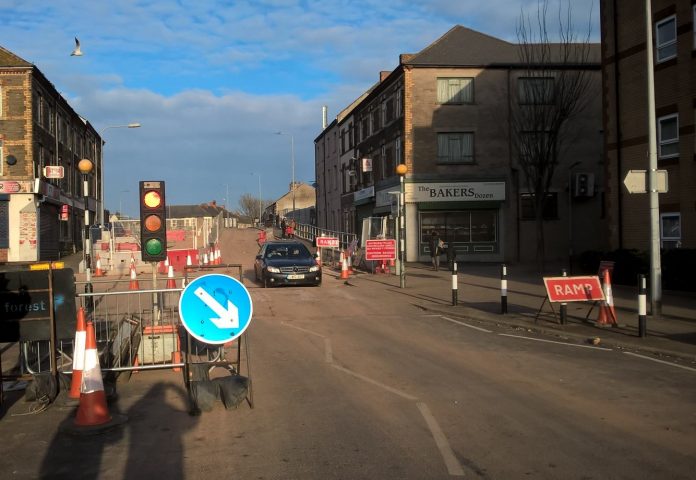 The bridge, which has been raised and strengthened as part of the project, has been demolished and rebuilt in two halves, in an innovative feat of engineering which reduced the period of full closure from an anticipated 12 months to two three-week phases.

Splott residents and businesses now have the benefit of a brand new bridge, built to withstand modern traffic flows, with wider footpaths to improve accessibility. 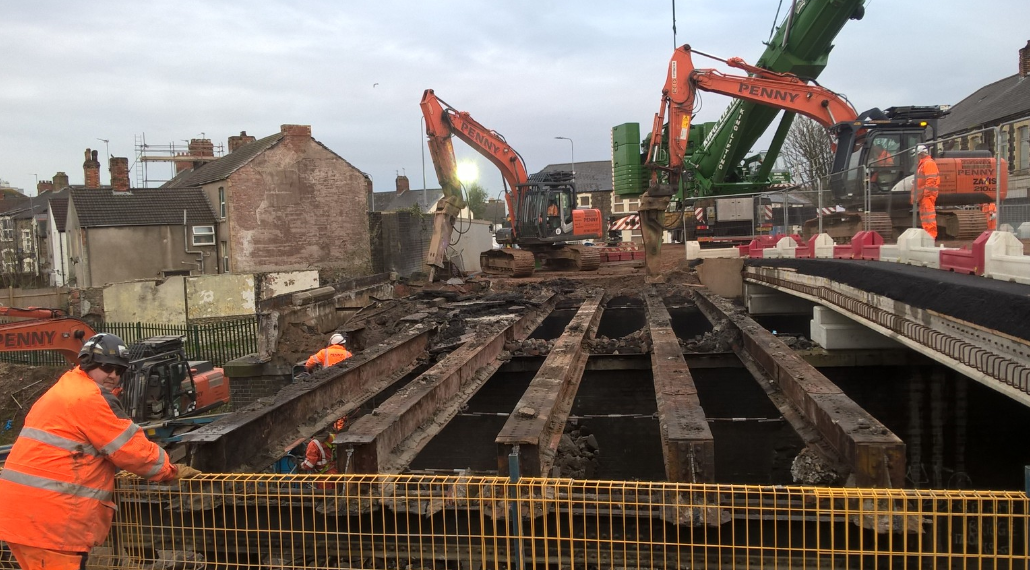 Steve Keighley, programme manager for Network Rail in Wales and Borders, said: “We are delighted that this major milestone in the modernisation of the South Wales Mainline is complete, with Splott Road being the last bridge to be demolished as part of this project.

“Once complete in summer, the new bridge will have wider footpaths, making it more accessible. We worked closely with Arriva Trains Wales and GWR to ensure people could still get to where they needed to be during the bridge demolition, and would like to thank passengers and residents for their patience during the upgrade work.”

Bethan Jelfs, Customer Services Director for Arriva Trains Wales, said: “Investment in the rail network in Wales is vital for the delivering the best service possible for customers.

“Every effort has been made to keep disruption to customers to a minimum as we work closely with our partners in Network Rail.

“We would like to thank all our customers for their patience and for planning ahead during this key engineering project.”

Modernising the railway between London and Cardiff will provide more seats and better on-board facilities for passengers travelling between the two capital cities and beyond, with the new trains running between Cardiff and Swansea on diesel.

GWR Development Manager Wales, Mark Youngman said: “New Intercity Express Trains have been operating between South Wales and London Paddington, since last October, providing as much as 24% more seats than the trains they have replaced.

“The electrification of the line between Cardiff and London will allow us to deliver the full benefit of these new trains, with more frequent, and quicker, journeys.”