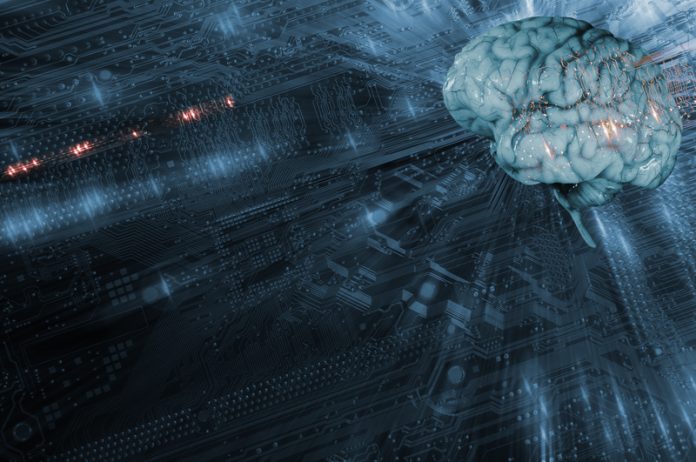 Children with sensory processing disorder or dysfunction (SPD) are characterised by the occurrence of inward information in very atypical, diverting modes.

Energising diagnosis and treatment through multi-sensory behaviour and activity assessment

According to the American Occupational Therapy Association, the 5% of all children suffer from SPD, evidencing overstated aversive, isolation, or exhibiting behaviours associated with sensory inputs. Such a sensory processing differences experienced during childhood may lead to remarkable and permanent outcomes for learning and social abilities. These symptoms are usually common factors among children who are diagnosed with autism spectrum disorder (ASD) and attention-deficit/hyperactivity disorder (ADHD).

Nevertheless, even though some symptoms overlap between ADHD and SPD, children with SPD are often not well treated, receiving services only focused on similar behavioural impairments. This fact demonstrates the lack of quantitative assessments that would help to determine SPD specific needs to then provide a most beneficial type of intervention beyond qualitative behaviour-based labels.

These approaches, for instance, are based on the observation of atypical response to a sensory input; however, challenges with attention is habitually the most regular symptom. Children clinically referred with ADHD use to exhibit sensory over-responsivity, which also make difficult to distinguishes properly between attentional abilities and sensory abnormalities in children under qualitative, behavioural-based analysis.

Quantitative approaches are revolutionising SPD diagnostics and treatment by introducing innovative and synergistic leading-edge technologies to address the present and future needs of children.

According to the American Occupational Therapy Association (AOTA), sensory processing dysfunction (SPD) in the absence of autism spectrum disorder (ASD) in children is estimated to reach 5% in the United States. These children experience SPD, but lack of the primary language dysfunctions and/or social deficits typically meeting conditions for an ASD diagnosis.

One of the most relevant challenges that face children with SPD is the privation of resources for treatment due to an adequate clinical diagnostic label that distinguish from attention-deficit/hyperactivity disorder (ADHD), including ASD. Therefore, measurable biological differences, such as white matter abnormalities noticed in children with SPD that allow profiling sensory dysfunctions play a critical role.

Some researchers, such as Goodman-Scott et al., 2016, observed that a subset of the SPD population may face greater cognitive control deficiencies compared to TDC, particularly cognitive control abilities and specific attention. Some SPD children are less affected by attention deficits, while equally obstructed by sensory dysfunction. Remarkably at this point is that these children are affected by ADHD symptomology, which provides evidence that SPD and ADHD are not identical conditions.

The comprehensive study carried out by Demopoulos et al., 2017, along with the exhaustive hypotheses demonstration published by Anguera et al., 2017, highlights the relevancy of examining cortical auditory and somatosensory evoked fields in conjunction to performance based measures of auditory and tactile sensory processing in both ASD and SPD groups, against typically developing children (TDC), as an opportunity to identify aspects of cortical sensory dysfunction to better understand children with SPD who are understudied and have limited access to services despite their significant functional impairment.

Hence, cortical auditory response differences could be related to dysfunctions in the communication skills of ASD participants, therefore not affecting children with SPD. Otherwise, impaired tactile performance has been evidenced in both ASD and SPD groups relative to TDC participants, essentially demonstrated by evaluating their performance on measures of tactile functioning in the ASD and SPD groups.

According to Schoen et al., 2017, more studies linking SPD with direct detailed assessments of cognitive control, including attention, working memory, goal management, and multitasking are crucial for the subsequent development of cognitive solutions to guide SPD treatment. The authors propose the combination of behavioural measures with functional neuroimaging, in addition to an in-depth categorisation of sensory processing and integration challenges associated with SPD.

Most effective diagnostic tools use direct behavioural and neural measurements along with parental reports of inattention. Such measurements comprise computerised methods to probe sustained attention, selective concentration, and goal management capabilities. As a diagnostic marker, midline frontal theta power, a recognised electroencephalography (EEG) marker of attentional abilities proposed by Nigbur et al., 2011, is mostly used to enable the capture in real-time of neural metrics of attention.

One of the most notable observations that these combined methodologies have provided is related to the prevalent issue associated with SPD is the lack of straightaway and efficiently filtering of irrelevant sensory information. As a result, impairment in performance is evidenced, along with and amplified response variability across both sustained and selective attention, and goal management measures.

Anguera et al., 2017, and Alonso and Swadlow, 2017, proposed a unifying theory based on children with combined inattention and SPD have disrupted corticothalamic connectivity. Agreeing, the researchers emphasised in that Inhibition-based dysfunction within the basal ganglia may cause a major impact on both thalamic and prefrontal functions, hence delaying discernment abilities that can be revealed in the form of attention based deficiencies in front of a variety of conditions. Measurements based on theta power activity may help to figure out the communication performance between the basal ganglia and frontal regions.

Moreover, modulation of this neural marker following cognitive training would indicate a reduction in children’s susceptibility to distraction. Such a statement is also supported by neuroimaging approaches. Children with SPD exhibit a reduction in the white matter microstructural integrity correlated with inattention. In other words, a thalamocortical dysfunction may be responsible for attentional deficiencies in these children. Therefore, training platforms assertive on this impaired circuitry are prone to lead treatment for attention-based deficiencies.

The development of cognitive training interventions targeting attentional abilities faces particular challenges. However, a few companies are directly focused on this market niche by developing different technology platforms to help children with SPD to increase their attention and perception performance.

Nuheara’s Super Intelligent Noise Cancellation (SINC™) technology platform and IQbuds™ have reached thousands of people during 2016, so that the company’s managers are very optimistic about the potential positive effect on this technology in young children and adults who experience a broad range of concentration and auditory processing issues.

SMARTfit Inc., a California based company, focused on developing multi-sensory approaches to stimulate hands, feet, eyes, and ears terminal nervous receptors, as well as, vestibular and proprioceptors by using game technology, has also directed its attention to the SPD. According to the developers, SMARTfit™ technology may help to rewire the brain. The concept of neuroplasticity is based on the brain’s ability to change and adapt and even rewire, as a consequence of certain conditions.

Based on that physical movement is essential to promoting neurological development, the company is ready to focus SMARTfit™ technology to bridge the gap resulting from the lack of natural developmental movements associated with outdoor exploration and sport activity of children of present and future generations.

In a research service recently published by Frost & Sullivan, Janakiranan, it commented that the needs of differently abled students in terms of how smart and intelligent tools supports their education in an efficient way. Children with SPD often find it difficult to communicate with external parties, as the responsiveness level is different, compared to a normal student. Robots are best suited to address this group of student community, as it eliminates the emotional aspect of humans towards repeated teaching.

Frost & Sullivan’s analyses reflect the relevancy of quantitative methods of diagnosis, which have enabled the derivation of thalamocortical dysfunction as potentially responsible for attentional deficiencies in children with SPD. The present findings also underscore a paradigm shift in the understanding of neurodevelopmental disorders, as a continuous series of symptoms instead of an isolate discrete condition. This new point of view has allowed achieving more promising, targeted intervention outcomes in children with SPD. The smart combination of behavioural-based approaches to neuroscience development will lead to customised intervention options that will maximise benefit for children.