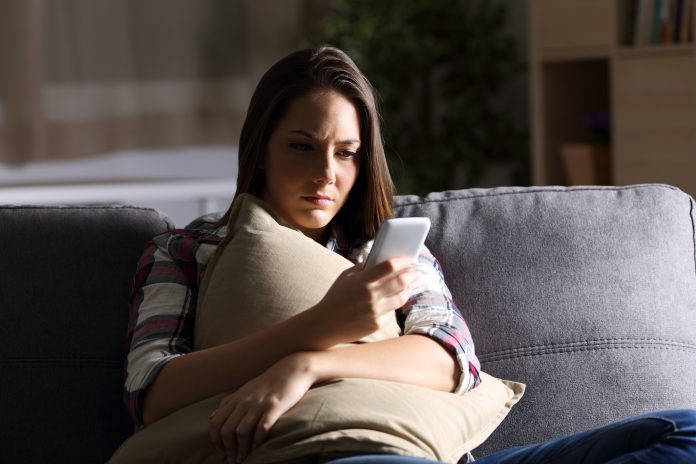 While the negative side effects of scrolling through social media are well-known, social media breaks have been proven to change mental health outcomes

Research finds that social media breaks of just one week could have meaningful improvements on the mental health of those with addictions to their phones – lessening anxiety and depression, while improving overall wellbeing.

As a potential recommendation to help people manage their mental health, this could free up to 9 hours of the week which could otherwise have been spent scrolling Instagram, Facebook, Twitter and TikTok.

Over the past 15 years, social media has completely changed how we communicate.

Social media platforms have exponentially across the world – with the number of adults using social media increased from 45% in 2011 to 71% in 2021 in just the UK alone.

Main features and characteristics of depression can include feeling ‘low’ and losing pleasure, whereas anxiety is characterised by excessive and out of control worry.

The researchers stated that wellbeing referred to an individual’s level of positive affect, life satisfaction and sense of purpose. According to the Mind, one in six of us experience a common mental health problem like anxiety and depression in any given week – a lot of which, can be put down to excessive social media use and reliance.

The study, carried out by a team of researchers at the University of Bath, studied the mental health effects of a week-long social media break, suggesting that just one week off social media improved individuals’ overall level of wellbeing.

One week after the study began, the participants who were asked to take the one-week social media break had significant improvements in wellbeing, depression, and anxiety than those who continued to use social media, suggesting a short-term benefit.

Participants asked to take a one-week break reported using social media for an average of 21 minutes compared to an average of seven hours for those in the control group. Screen usage stats were provided to check that individuals had adhered to the break.

Dr Jeff Lambert, lead researcher from Bath’s Department for Health, said: “Scrolling social media is so ubiquitous that many of us do it almost without thinking from the moment we wake up to when we close our eyes at night.

“We know that social media usage is huge and that there are increasing concerns about its mental health effects, so with this study, we wanted to see whether simply asking people to take a week’s break could yield mental health benefits.

“Many of our participants reported positive effects from being off social media with improved mood and less anxiety overall. This suggests that even just a small break can have an impact.

“Of course, social media is a part of life and for many people, it’s an indispensable part of who they are and how they interact with others. But if you are spending hours each week scrolling and you feel it is negatively impacting you, it could be worth cutting down on your usage to see if it helps.”