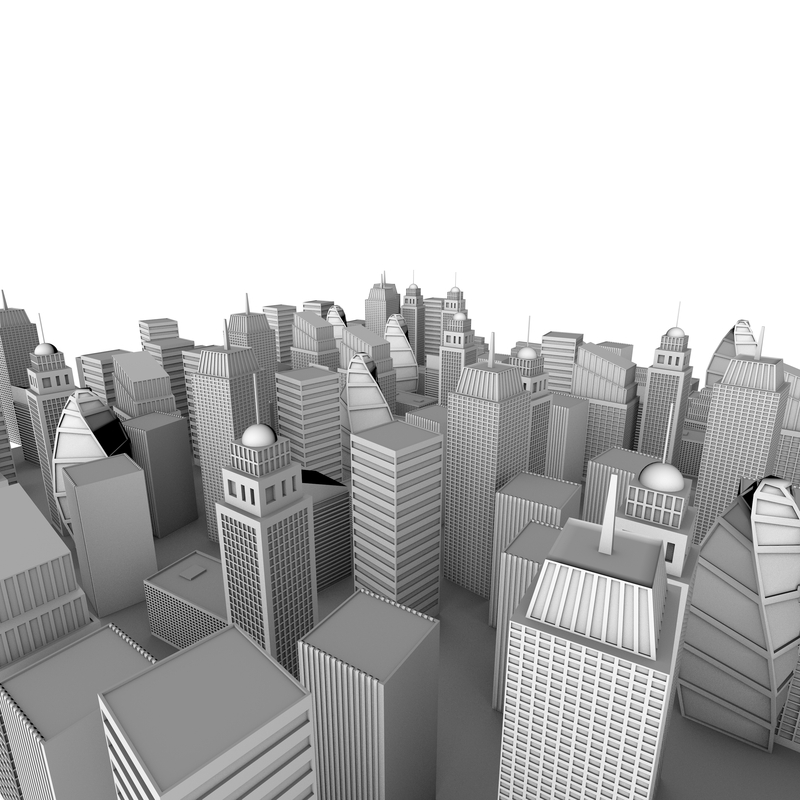 Sylvie Daniel, Full Professor at the Université Laval outlines how 3D city modelling and augmented reality can assist with urban management and sustainability.

Worldbuilding is the construction of 3D worlds, for whatever purpose, that have realistic statics (i.e. the description of both the geometry (e.g. shapes) and semantics (e.g. names and purposes)) and dynamics (i.e. the description and efficient modelling of both the physical behaviour of the described and how that world’s statics can be modified). Seen in this way, worldbuilding of a modern city would result in a model of use to gamers wishing to build a new game, to urban planners and engineers carrying out planning, and perhaps to geographers interested in demographics. Ideally, a single model would serve all of these purposes.

Even if significant research is still necessary for this to be realised, already few technologies are embracing this concept of a digital 3D city model capturing the complex spatial and temporal implications of urban life. The recent framework of smart cities has fostered the design of these solutions, where modeling and simulation tools are indispensable in responding to the challenges of an ever-increasing urban population. Smart 3D models of cities are required by city planners in order to optimise urban sustainability. They could provide analytical and exploratory functionalities in a decision-support context. However, they would need an increased level of detail compared to that of current virtual 3D city models. For instance, representations including geometric description of doors and windows rather than facades will improve simulation models dedicated to estimating building energy efficiency. There is a need for data collection systems capable of providing such a level of detail and precision to large-scale 3D city models.

The past few years have seen remarkable development in mobile laser scanning (MLS) to accommodate the need for large area and high-resolution 3D data acquisition involved in building a smart city model. The advantages of MLS data for high-resolution 3D city models are obvious: MLS provides fast, efficient, and cost-effective data collection, accurate to a few centimetres out to hundreds of metres from the sensor. In addition, MLS data is a key enabler of outdoor augmented reality (AR) applications in urban contexts. Augmented reality overlays computer-mediated information on the real world in real time. This ability enriches environments for action and learning and offers the potential for new kinds of shared experiences.

Augmented reality deployed in the city is already foreseen as a disruptive technology. Indeed, this is a transversal technology with major improvement and innovation potential in various application fields (e.g. cultural, entertainment, urban planning sectors). AR can become a strong vector of economic activities. Some countries, like France, have already developed a national augmented reality plan and roadmap in order for the technology to boost competitiveness and profitability. The concept of the “Augmented City” has emerged from such initiatives. It stands for city space enriched with information. The content, which can include historic information, personal stories, and commercial information, when added to space changes the experience of users with their urban environment, which becomes intrinsic. Users can interact with the world in a more meaningful and tangible way.

AR and Augmented City can have a significant impact on several sectors related to urban management and sustainability. One of them is that of utility locating technologies. Understanding underground assets remain vital for utilities and construction contractors. AR solutions offer the ability to make visible items in the environment that are not accessible to the naked eye. Such technology allows engineers to perform field tasks with the awareness of both the physical world (e.g. the ground and underground) and the synthetic world (e.g. 3D models of cables and pipelines aligned and blended with their real background). Other sectors in construction, architecture or engineering could benefit from such AR visualisation in order to monitor progress during a project construction phase, underline discrepancies between as-built and as-planned project, detect defective infrastructure, and assist inspection of the architectural structure, to name a few.

AR technology still has key challenges to overcome in outdoor and urban contexts: mobility, ergonomics, power limitations, adverse weather conditions, difficulties in term of spatial alignment of real and virtual entities (due to inaccurate positioning in urban context) and visual illusion of real and virtual world coexistence (due to moving obstacle and occlusion). Alternate mixed reality solutions exist. Situated simulation is among them. Its principles involve a 3D virtual model of the user location and environment displayed on a mobile platform. The view and the position in the virtual world follow dynamically, in real time, the user’s movements. Thus, the viewpoint on the virtual model always matches the viewpoint on the physical world.

As an example, we designed such a solution for a large urban planning project in Rennes, France, involving an entire district of the city. The high level of detail of the 3D models, the capability to see the environment from various perspectives, the user mobility, and displacement contributed to increasing the user’s sense of immersion and provided a better awareness of the impacts of this project on the urban landscape. Such technology can bridge the gap between citizens, urban developers and decision-makers in the context of consultations on future construction planning.

To summarise, smart 3D city models are an indispensable simulation and modelling tools to optimise urban management. From the acquisition standpoint, mobile laser scanning can bring a strong contribution to the efficient building of a smart 3D city model. It is far more efficient than any other known approach for building centimetre-scale models of large domains. As such, MLS offer great advantages for building the ‘where’ in situated and augmented urban applications. And situated simulation and Augmented Cities have the potential to revolutionise people’s personal and professional lives by providing new and improved services at the city scale.