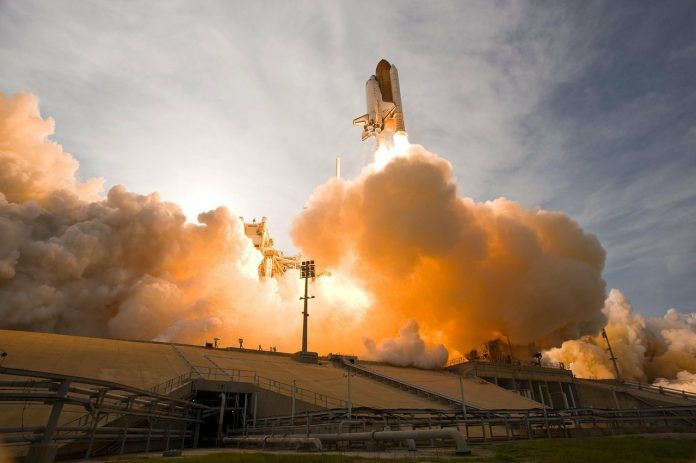 Dividing up video games, fighting over who keeps the Netflix account and arranging joint custody of the dog: Mark Sewell discusses the impending global space race after Brexit

Breakups require delicate negotiation. Magnify to Brexit level and you can understand why negotiating who gets to be involved in space contracts is causing trouble.

Here, Mark Sewell, CIO of Curo Talent explains why it’s vital for the UK to keep up with the space race post-Brexit.

At the start of May 2018, The Financial Times ran an opinion piece exploring why Europe is better off with the UK continuing its role in large-scale projects such as the EU’s Galileo satellite navigation system.

This article follows twelve months of controversy about how Brexit would impact Britain’s ability to bid for space contracts.

Reports of British Galileo contracts being cancelled because of Brexit began circulating early in 2017. High profile and lucrative space contracts like Galileo are run through the European Space Agency (ESA), which is not a European Union (EU) body. However, the EU has invested heavily in this project, as well as other major space programmes.

For example, the EU has covered the bulk of the budget for the Copernicus satellite constellation, spending an estimated seven billion euros since 2002. The UK has launched six satellites for Copernicus, which has been designed to monitor environmental damage such as land and water pollution and the aftermath of floods and earthquakes.

UK businesses currently hold contracts worth tens of millions of pounds to supply hardware for Copernicus and Galileo, but this could all come undone as Brexit comes into force. The ESA is already drawing up contingency plans as EU-funded contracts require that companies that participate are part of an EU country.

The UK isn’t taking this lying down however.

According to a BBC report on May 14, 2018, Britain’s space agency wrote to 13 businesses to “remind them that they need security authorisation to engage in any future contracts”. This is intended as a demonstration that the UK can withhold technical knowledge vital for Galileo from firms in the EU-27.

In response to the reception British businesses have received following Brexit and being shut out of a system the nation helped develop, the BBC article also stated that the UK Space Agency is working on options to build a British alternative to Galileo.

Why does any of this matter?

There is a clear link between an active space programme and technology advancement in other areas, from education to industry.

The United States went as far as mandating technology transfer when NASA was established as the result of the National Aeronautics and Space Act of 1958.

Because the UK Space Agency is making strides to get off the ground, if you’ll pardon the pun, it’s vital that it has the support and investment it requires from the highest levels of Government and that it endeavours to engage with the technology sector across the UK as Brexit isolates us from Europe.

The UK Space Agency recently awarded £210,000 of funding for seven education and outreach activities to get young people interested in STEM and space. This is an excellent start to closing the current digital skills gap in the UK.

However, it could stall if Brexit halts advancement in the sector.

In July 2017, Shankar Narayanan, head of UK&I, Tata Consultancy Services, wrote an article for Newstatesman.com that explained why getting young people excited about technology was the key to closing a skills gap that costs the UK £63 billion every year.

The article cited a study by the British Chambers of Commerce that found 75% of UK businesses reported a digital skills shortage in their workforce.

In addition, the UK Commission for Employment and Skills reported in 2017 that 43% of science, engineering, technology and maths (STEM) vacancies were hard to fill due to a lack of qualified candidates.

This is something we are very familiar with at Curo Talent. Finding contractors for particular projects, especially regarding the implementation of leading-edge technologies, can be a challenge.

43% of science, engineering, technology and maths (STEM) vacancies were hard to fill due to a lack of qualified candidates

That’s why we’ve engaged in several initiatives to encourage and support the next generation into STEM careers, including launching a Surface Book 2 into space, in partnership with “Sent Into Space”, which involved children from a local Swindon primary school.

It’s vital that either the Brexit breakup reaches an amicable solution that allows the UK to continue contributing to lucrative and exciting contracts, or that the UK Space Agency develops a plan to keep the nation’s space industry growing.

Without this, technology advancement will slow, and the skills gap will widen, taking Britain out of both the space race and the global technology landscape.