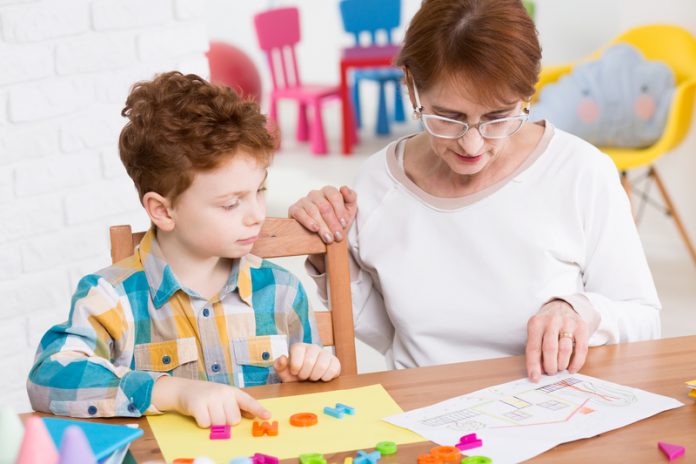 The National Institute on Deafness and Other Communication Disorders (NIDCD), part of the National Institutes of Health (NIH), reports that nearly 1 in 12 children ages 3 to 17 has a disorder that is related to voice, speech, language or swallowing. As defined by the NIDCD, a childhood communication disorder can include a child’s voice that may be too weak, hoarse or strained; how a child speaks; problems making speech sounds; or problems with how a child learns, understands and uses words or sentences.

In order to gain a better understanding of communication disorders in children as well as adults, Editor Laura Evans speaks to Dr. Judith Cooper, Deputy Director of the NIDCD, to shed further light on research in this area and the challenges that arise.

“Speech and language disorders can occur in both children and adults throughout the life span. With children, if you’re talking about speech disorders, that term usually refers to difficulty pronouncing speech sounds. There may be a problem in articulating or forming consonants and vowels in the language,” Dr. Cooper explains. “Some children have such severe problems that they are literally unintelligible, which means they are talking but you can’t understand what they are saying.”

“Adults can also have speech disorders. These are usually the result of some sort of neurological event, perhaps a brain injury, stroke, or Parkinson’s disease. Usually, these adults had normal speech up until they had the neurological problem, but then find that they have difficulty speaking and being understood.

“Another speech disorder found in both children and adults is stuttering or problems with fluent speech.” “Language disorders are problems in comprehending (understanding) or using words and sentences. With children, what you may see is a child who is very slow to talk, with delays in first words, or they’ve got single words but they don’t seem to be able to put the words together, or they put the words together but their grammar or syntax is off.”

“For adults, language problems typically occur, again like speech problems, as a result of stroke or another kind of neurological problem.”

In order to gain further knowledge and develop treatments to help people living with speech and language disorders, research plays a vital role. As Dr. Cooper explains, research is improving the process of early identification of children who are at risk of developing these disorders and lessening problems that could arise.

“For children who have speech and language disorders, sometimes it’s hard to tell them apart from other children until speech and language should be appearing, at which time it becomes really hard to understand them compared to their peers, or they don’t seem to be doing very well in language,” she says.

“We do have speech and language treatments: for young children, preschoolers, and all the way up to adults. What many of our treatment studies show us is that one treatment doesn’t solve the problem for all individuals. So what research is trying to address is what kind of treatment works for what kind of profile for that disorder, and how often do they need the intervention. These are questions we can only answer through rigorous research.”

The role of research

According to Dr. Cooper, the mission of the NIDCD is to improve the lives of people with communication disorders. Through both basic and clinical research, the Institute is continually looking to improve methods of identifying, treating, and preventing communication disorders, all with an ultimate goal of helping people with these speech and language disorders and their families.

“We make a huge effort to get the results of our research out to the public, as well as to healthcare providers and clinicians,” says Dr. Cooper. “We do that through the NIDCD public website, on which we have publications that are developed to convey research results. Many of our staff go out to scientific meetings and to professional organisation meetings to talk about the findings of research.”

The Institute’s commitment to research and delivering the results to patients and healthcare providers is crucial. Challenges come with any type of research, however, and communication disorder research is no different. Dr. Cooper says that there are key challenges in this area of research, and she underlines the importance of understanding what works best for each individual.

Finding populations and individuals to take part in research can also be a problem, as there are more people who don’t have communication disorders than do. Dr. Cooper notes, “Researchers have rigorous criteria about the kind of population they are studying in a particular research project, and one of the challenges is for investigators to find sufficient numbers of individuals who are willing to participate. Many times, our investigators have to involve multiple sites, multiple hospitals, and multiple collaborations, and that’s often a challenge.

“Another challenge is making our findings relevant to as diverse a population as possible,” she adds. “For a long time, many less well-studied populations were not included in some of our research. Thus, there was limited relevance of our findings to individuals not included, for example, those from low socio-economic status or individuals from diverse ethnic or racial groups. Expanding the diversity of the populations included in our research is a priority.

“This is also the case for particular populations with communication impairments. For example, much of the research in communication and autism was previously focused on individuals who were at the higher end of the autism spectrum. So who got left behind? Minimally verbal children with autism. Now our Institute has been encouraging and trying to push forward the need for that kind of research, and we are certainly making some progress.”

The NIDCD sponsors a broad range of research to better understand the development of speech and language disorders, improve diagnostic capabilities, and fine-tune more effective treatments.

The National Institute on Deafness and Other Communication Disorders (NIDCD)