As pointed out by several Eurobarometer surveys, at a time when citizens no longer consider that their interests can be represented solely through electoral processes, participatory processes are all the more important for restoring trust between citizens and their institutions. This is true at all levels, including the EU level.

Certain tools exist for citizens to make their voices heard on EU policies, and some like the European Citizens’ Initiative (ECI) have started to bring concrete results in policy-making, although they remain largely unknown to the public. By obliging the European Commission to reply to a request for a legal act made by at least one million signatories from at least seven EU countries, the ECI can be a powerful tool for citizens to influence the EU agenda.

The European Economic and Social Committee (EESC), as the home of European civil society, organised in June this year a fully digital 10th edition of European Citizens’ Initiative Day. The discussions highlighted two main messages about how the ECI can fulfil its potential as a strong participatory instrument: on the one hand, initiatives that succeed in collecting the required one million signatures must be taken more seriously into consideration by the European Commission and have more impact on policies and, on the other hand, there is a clear need to raise awareness of this tool among citizens.

Concerning the impact made by citizens’ initiatives, there are reasons for optimism: 2021 saw the first two pieces of legislation inspired by such initiatives take effect. One is the revised Drinking Water Directive, which was influenced by the “Right2Water” initiative; the other is the Transparency Regulation, which is a follow-up to the “Ban Glyphosate” initiative and is designed to increase the transparency and quality of studies used in the scientific assessment of substances.

Finally, on 30th June, the European Commission accepted the sixth successful initiative, “End the Cage Age”. The Commission committed to issuing a legislative proposal by the end of 2023 aimed at phasing out and finally prohibiting, the use of cage systems for all animals referred to in the initiative, while facilitating a balanced and economically viable transition to cage-free farming through specific supporting measures.

Not all successful initiatives lead to legislative proposals. The ECI “Minority SafePack” was a success in terms of signature-gathering, but the Commission’s reply was not considered satisfactory by the organisers. Still, the procedure has raised the political profile of their initiative, and their various requests were discussed in several national parliaments, for example.

Initiatives that do not reach the required number of signatures can also influence the political debate. In this respect, the topics addressed by initiatives currently collecting signatures reflect the latest concerns of citizens: many relate to environment and climate change, others to the COVID-19 pandemic, fundamental or social rights, animal welfare or mobility. On the latter topic, it is worth mentioning the initiative calling for a “Civil Servant Exchange Program”. Launched by a group of students, their proposal for an “Erasmus for the civil service” could contribute to strengthening the freedom of movement of workers in the EU, fostering an exchange of best practices between civil services and improving links between the Member States.

For participatory processes to work, it is crucial that citizens are made aware of their rights and of the tools at their disposal to make their voices heard. The EESC has published a European Democracy Passport, which explains the options available to citizens, the most innovative and promising one to be the ECI.

The EESC has been actively publicising the ECI from the very earliest days. It has organised an ECI Day every year since the launch of the instrument in 2012. Over the years, this event has very much raised the profile of the ECI, and played an important role in keeping it high on the EU’s institutional agenda.

Our plenary sessions have hosted the organisers of citizens’ initiatives that were close to completion, so that they could make their case and get a final push.

Conference on the Future of Europe

The ongoing Conference on the Future of Europe brings new opportunities to discuss participatory tools. It is in itself a participation exercise, and as such the discussion should be made as inclusive as possible. It should also provide a means to promote active citizenship and participation in policy-making at the EU level. The Conference should put people and organised civil society at the centre of our policies, to allow them to help shape our common future.

It is now the moment not only to talk about putting the European citizen at the heart of the European political agenda, but quite simply, to do it! 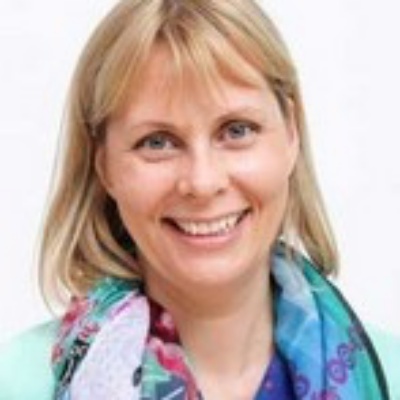