Prof Dr Daniela A. Wilson from the Institute for Molecules and Materials (IMM) tells us what we need to know about molecular intelligence – the rise of supramolecular nanomachines with controlled shape and motility

The creation of nano and microscale “man-made” machines as autonomous systems with life-like behaviours with the ability to communicate and exert specific tasks on demand has been one of the most exciting challenges that has fascinated scientists over the centuries.

Nanomachines with controlled shape and motility

One of the great challenges of complex life-like molecular systems is to understand and design such autonomous systems that not only can move directionally by harvesting different sources of energy but also can sense, communicate, interact and respond to clues from their environment and adapt to its changes. The response and collective work of these systems in the presence of different stimuli are predicted to produce the next generation of biomedical devices with the potential to lead to more accurate, precise and selective treatments, while at the same time allowing for a better understanding of the communication mechanisms already existing in nature (e.g. cell-to-cell communication, quorum sensing [communication between bacteria]).

During the last decade, many nano and microscale artificial systems have been fabricated with the idea of achieving motion by different stimuli in a controlled way, focusing primarily on the possibility of applying such devices for applications like warfare remediation, quality control of environmental and food resources, drug delivery, among others. Moreover, a major interest has been given to systems that are powered by enzymatic reactions, as these systems can provide better biocompatibility, sensitivity, and specificity.

The enzyme-powered systems studied to date, have shown that all enzymes can drive motion at the nanoscale in different media, using biocompatible fuels. The suitability of such devices for applications in biologically-relevant scenarios is undeniable, considering the close resemblance of their mechanism of work to how nature operates. However, to ensure their feasibility for applications in complex and sensitive environments (for example, the human body), factors like the composition, structure, and the ability of motors to offer good catalytic performance and protection, have to be taken into consideration.

Our group has strongly contributed to the field by proposing a new approach to generate such motilic systems using self-assembly as a tool for the bottom-up design of polymersomes made of block copolymers which can be structurally transformed into a stomatocyte shape via osmotic gradients. The bowl-shape of these structures allows for the compartmentalization of catalysts in the inside of the structure, while the surface curvature facilitates cell-particle interactions. The stomatocytes can be functionalized with a variety of tags or polymers on their surface, to facilitate response control, bio-recognition and catalytic performance. Propulsion of these systems in various media, including human serum, has been achieved using both, inorganic and biological (e.g. enzymes) catalysts. In this way, enzyme-powered stomatocytes have shown, not only chemotactic behaviour in the presence of substrate gradient but also good protection against proteolysis (i.e. enzymatic degradation). (Figure 1)

Active motion of enzyme-powered stomatocytes has been achieved via multiple mechanisms such as bubble propulsion or self- diffusiophoresis. Latest research developments with enzyme-powered systems (e.g. micropumps, micromotors) have demonstrated that motion can also be attained via different reaction-dependent mechanisms, including diffusiophoresis (i.e. due to the presence of a chemical gradient) and density gradients, offering multiple ways for cargo transport in different media. In the case of enzyme-powered micropumps, it has been shown that even a 1% difference in local density between products and reactants can drive large-scale fluid motion, independent of the species involved in the enzymatic reaction.

This fact can be applied for explaining the motion of free enzyme molecules in solution, as well as for the fabrication of motors powered by enzymatic reactions. The encapsulation of enzymes inside the stomatocytes and other supramolecular structures offers a crowded-like-environment that emulates the macromolecular crowding conditions inside the cell, where enzymatic performance is optimal. This enhances enzymatic activity and allows these structures to respond and be move actively, even at low concentrations of fuel. Therefore, we can hypothesize that such non-bubble-propelled motors, could also display a response that is more robust than other enzyme-powered motors, where the enzyme is exposed to the bulk solution.

Focus for the future

Our focus for the future is the fabrication of bottom-up motilic systems that can display enzyme-powered motion, independent of the reaction or propulsion mechanism at play which opens up the possibility of artificially achieving one of the primordial characteristics of biological systems, the ability to communicate.

Furthermore, we aim to design systems that can harness new and multiple sources of energy to power the motion at the nanoscale but also systems that can adapt to the changes in the environment. Eukaryotic cells and bacteria use chemical signals to achieve intra and intercellular communication, controlling the entire system’s output on demand. In this way, bacteria cells, for example, trigger the formation of biofilms inside the host, only when a certain population of cells has been reached, which is measured via the concentration of signal molecules present. The formation of a biofilm provides the bacteria with a “shield” that will impart antibiotic resistance. Similarly, communication between cells in the human body allows for the regulation of growth, metabolic pathways, cell division, sensorial responses, and even cell death. The nano and microscale motors fabricated to date, although are sensitive to their environment and can perform tasks on-demand, addressing the responsiveness and specialization of their biological counterparts, fail to address this characteristic, which is essential for the control of biological processes.

We have only just scratched the surface of what can be achieved with self-assembling motile systems, and many exciting challenges lie ahead in the transition from lab to patient and difficulties such as biofouling and encapsulation, resistance to flow and dynamics in complex non-Newtonian fluids such as blood. The research on motile systems is expected to not only provide fresh push into the development of advanced synthetic particles as artificial cells, but also aid the development of several therapeutic applications in the biomedical field. Synthetic motile systems possessing communicative abilities with living cells can be used for instance as sentinels that could detect abnormal molecular signals and set off alarm signals.

Furthermore communicative synthetic particles are envisioned to bring more exciting progress in activating the immune system, regulating metabolism or even reprogramming cells. This ultimately will lead to a new era in material science where materials are not anymore static but interactive and communicating with their environment to create a new generation of interactive materials with adaptive behaviour. 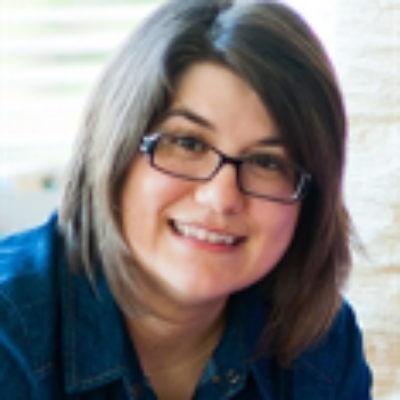