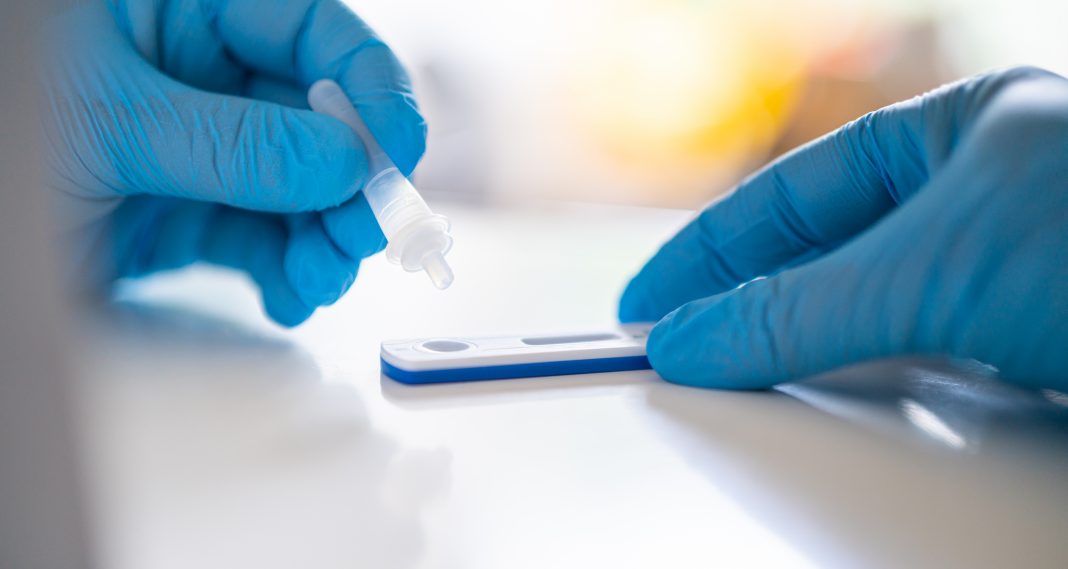 A device created to identify viruses in humans, like COVID-19, has sustained 95% accuracy in results, as a significant improvement over the current rapid tests available

University of Central Florida scientists have developed a device that detects viruses in the body as fast as and more accurately than current, commonly used rapid detection tests.

The researchers have promoted the device’s effectiveness with multiple tests using different virus concentration levels and solution environments, including those with the presence of nontarget virus biomarkers.

Published in the journal Nano Letters, researchers first tested the device using samples of Dengue virus, a mosquito transmitted pathogen that causes the Dengue fever, which a common threat to people in tropical regions.

However, it was stated by study co-author Debashis Chanda, a professor in UCF’s NanoScience Technology Centre, that this technology could easily be adapted to detect other viruses, like COVID-19.

The accuracy of the PCR-based tests was similar to this device’s, the only difference being nearly instantaneous results with the newer model, rather than results which generally take several days to receive.

Current rapid antigen tests were additionally cautioned by the U.S. Food and Drug Administration and U.S. Centres for Disease Control, stating their potential to produce inaccurate results if viral loads are low or test instructions are not properly followed.

This further demonstrates the newer device’s improvements as these previous cautions do not apply.

The device works by using nano-scale patterns of gold reflecting back the signature of the virus it is set to detect in a sample of blood. Different viruses can be detected by using different DNA sequences that selectively target specific viruses.

A primary factor of the device’s procedure is it detects viruses directly from blood samples without the need for sample preparation or purification, this furthermore speeds up the test and improves its accuracy as well.

Chanda said: “The sensitive optical sensor, along with the rapid fabrication approach used in this work, promises the translation of this promising technology to any virus detection including COVID-19 and its mutations with high degree of specificity and accuracy.

“Here, we demonstrated a credible technique which combines PCR-like genetic coding and optics on a chip for accurate virus detection directly from blood. A vast majority of biosensors demonstrations in the literature utilize buffer solutions as the test matrix to contain the target analyte.

“However, these approaches are not practical in real-life applications because complex biological fluids, such as blood, containing the target biomarkers are the main source for sensing and at the same time the main source of protein fouling leading to sensor failure.”

Abraham Vazquez-Guardado, the study’s lead author and a postdoctoral fellow at Northwestern University who worked on the research as a doctoral student in Chanda’s lab, added: “Although there have been previous optical biosensing demonstration in human serum, they still require off-line complex and dedicated sample preparation performed by skilled personnel — a commodity not available in typical point of care applications.

“This work demonstrated for the first time an integrated device which separated plasma from the blood and detects the target virus without any pre-processing with potential for near future practical usages.”

Chanda further states that the next steps for the study include adapting the device to detect more viruses.