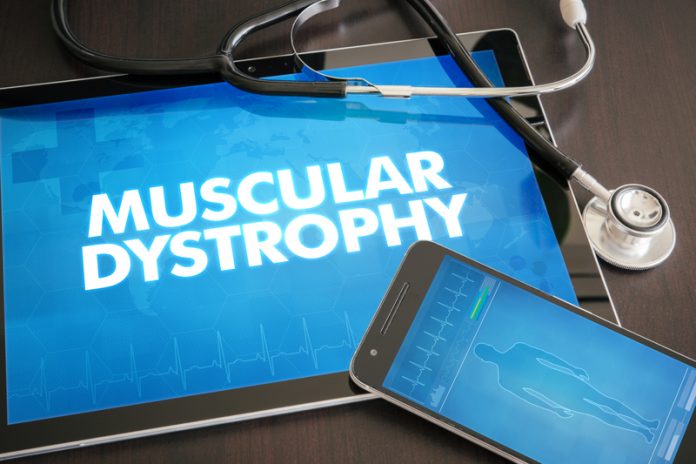 Boris Šustaršič, President of the European Alliance of Neuromuscular Disorders Associations shares his thoughts on the key issues around muscular dystrophy (MD) in Europe today

According to official medicine, which relies on scientific findings, progressive neuromuscular disorders (NMD) are regarded as pathological physical changes. However, bearing in mind the new basic research findings in this field, I am more and more convinced that NMD should no longer be treated as pathological changes, but as a new physiological condition caused by genetic factors. Such a new approach would lead to fundamental changes in the medical and social treatment of persons with NMD.

Nevertheless, our primary goal remains to ensure an appropriate quality of life together with support services and an inclusive society, which represent the basic conditions for dealing with persons with NMD in modern Europe.

The vital role that research plays in the MD field For many decades, people with NMD listened with great hope to news about the results of basic research into human neurology, especially regarding certain neuromuscular disorders. The prospects sounded optimistic, but there was no information about new drugs that would tackle the progressive nature of these hereditary disorders.

The introduction of the drug for treating Pompe disease represented an important turning point. It was the patients’ organisations that significantly contributed to shortening the period from laboratory discovery to clinical application of the new medicinal product. The introduction of the new drug Ataluren for persons with Duchenne muscular dystrophy followed a similar path: it was upon the appeal of patients’ organisations that the medical authorities approved its provisional use.

The new drug Spinraza for treating people with SMA (Spinal Muscular Atrophy) raises even more realistic hopes. It represents new forms of etiological treatment, while on the other hand, it signals that there will be no single treatment for all people with NMD but rather different drugs targeting individual genetic disorders.

However, a serious obstacle related to the existing and expected new drugs is their high price which leads to selective application. I hope that none of the new drugs will cause any serious secondary complications or adverse side effects. Another open question is what criteria to apply for evaluating the effects of new drugs? The physicians have much higher expectations than the people with NMD, who would be very happy even if the treatment only stopped the progression of the disease or helped strengthen individual body functions that significantly influence the quality of their lives.

The effect of MD on the muscles

Muscular dystrophy encompasses a group of more than 30 different clinical genetic disorders that are characterised by progressive skeletal muscle wasting and degeneration. It is a little-known fact to the public that neuromuscular disorders cause disability due to hereditary and other malfunctioning of certain genes.

This means that there are several types of MD that progress at various speed and thus cause different types of disabilities. However, they all have certain features in common: the gradual and irrepressible degeneration of the muscle fibres from the motor neuron downwards, which means that the process is not present in the brain and the spinal cord but only affects the ability to walk or move the body due to weakening muscle power.

MD is not contagious and cannot be connected with the so called neurotic conditions and reduced intellectual capacity. It is, therefore, justifiable to enable young people with NMD to have access to quality schooling, including higher education, so that they can grow into responsible people who can build a positive attitude towards themselves and their wider social environment.

Muscular and neuromuscular disorders cause the characteristic progressive disability. In children, the first signs of the disease usually start to appear between the ages of three to seven. As a rule, the muscles employed in gross power movements weaken first. Consequently, most children with NMD are forced to use a wheelchair before they reach the end of puberty and they are increasingly dependent on the physical assistance of another person who becomes a more or less inseparable companion in their 24-hour biological rhythm.

Thus, their social life style changes completely. They are also entitled to numerous technical aids and appliances. No less important are living and working premises. With their cognitive function preserved or even emphasised in certain diagnoses, people with NMD can realise all social activities and achieve their life goals.

What is the extent of the disease today in Europe?

The disease affects up to 1 per mille of the population in some regions, but it is not equally distributed. Its extent depends on several factors, for example, which diagnoses are included in the group of neuromuscular disorders in certain countries and the historical background of certain nations and their biological diversity (biodiversity). Most NMD is of a hereditary nature. Nevertheless, in modern medicine, there are different opinions regarding the factors that affect the spontaneous incidence of the disease.

Why is it important to get the right care and support for the disease?

For those with NMD, it is vital to receive the appropriate medical treatment, encompassing various stages from early diagnosis which defines the type of disorder and the timeline of disability progression, to regular restorative medical rehabilitation which prevents secondary complications and preserves general health condition despite the chronic disease.

With scientific progress, new medical substances are developed, which basically slow down or in some cases even stop the progression of the disease. Quick access to treatment is, therefore, equally important as early diagnosis. Clinical studies and the results of treatments have shown that some forms of muscular dystrophy can be successfully treated. The genetic treatment of muscular and neuromuscular disorders shows a promising future and heralds radical changes in the medical treatment of muscular dystrophy.

In addition to insufficient access to modern forms of treatment, problems pertaining to the disease are mainly caused by the still prevailing nihilistic attitudes in certain European countries towards persons with NMD. Those with NMD are often poorly educated, do not have appropriate technical aids, have a reduced quality of life due to late or no corrective surgery taking place, live in an inappropriate housing environment or lack sufficient physical assistance from other people.

Fortunately, the situation regarding the holistic treatment of those with NMD and their social participation is changing for the better in most European countries. As an umbrella organisation, EAMDA empowers the role of muscular dystrophy associations, helping them to be better informed and stronger. In cooperation with partner organisations such as EDF (European Disability Forum), EPF (European Patients’ Forum), EFNA (European Federation of Neurological Associations), EURORDIS and others, EAMDA participates in the decisionmaking processes at the national, international and European levels – aiming to realise the expectations of people with NMD for an inclusive and accessible society.