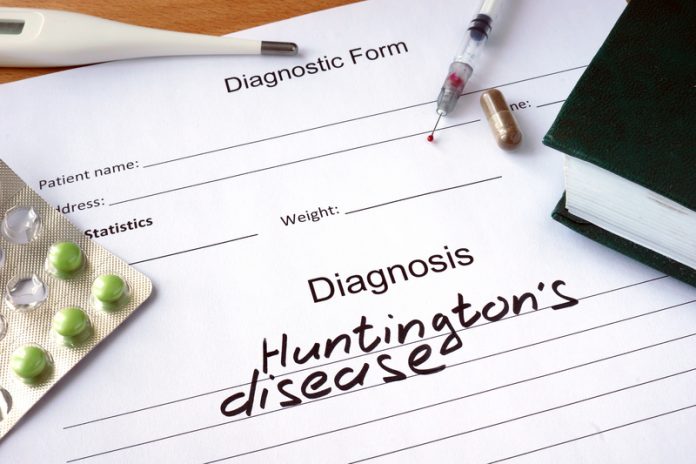 The 11th December 2017 will probably go into history along with the discovery of the Huntington gene in 1993. On this date, IONIS Pharmaceuticals announced the results from the first Huntingtin lowering trial in humans. The result exceeded all expectations and represents a significant step towards a possible treatment for the hereditary – Huntington Disease (HD).

Huntington’s Disease (HD) is a fatal genetic disorder that causes the progressive breakdown of nerve cells in the brain. It deteriorates a person’s physical and mental abilities during their prime working years and until now there has been no cure. HD is known as the quintessential family disease because every child of a parent with HD has a 50/50 chance of carrying the faulty gene (www.hdsa.org).

In Europe, we see a prevalence of 7-12 patients per 100,000. This means that in The European Union you find between 36,000 and 52,000 people with HD. In addition, you have more than 250,000 affected as children or grandchildren of an HD patient, says Astri Arnesen, President of The European Huntington Association (EHA).

Firstly, to find a drug that can slow down the development of the disease or even stop the progression is important for the affected human being and her/his family, is the best news, Astri Arnesen continues.

But it will also have enormous benefits on the health budgets. Studies from UK (European Journal of Neurology published by John Wiley & Sons Ltd on behalf of European Academy of Neurology 2016) show that the annual cost per person with HD was £21,605. The largest proportion of this cost (65%) was due to informal care (£14,085), Astri Arnesen says.

Best Christmas gift ever for the Huntington community

For all of us involved in HD, the lowering results was: “The Best Christmas gift ever for the Huntington Community!”, Astri Arnesen underlines

The compound has so far proven the ability to lower the expression of mutant huntingtin considerably. “This gives us reason to believe that the root cause of HD can be targeted and influenced,” Astri Arnesen says. The treatment might slow down the progress of Huntington’s and improve symptoms.

“I almost cried when Kristina Bowyer, the Executive Director, Patient Advocacy in Ionis, informed me about the amazing results,” Astri continues.

What is Huntingtin lowering?

‘Switching off’ the cause of Huntington’s Disease was the first thought that appeared when the HD gene was discovered in 1993. Huntingtin lowering drugs – previously called ‘gene silencing’ drugs – reduce the activity of the HD gene.

The drug tells the cells to delete the ‘message’ from the ‘sick’ gene causing the disease. In other words: it ‘shoots the messenger’. The first major progress in achieving this came around a decade ago, when several studies in HD mice reported success in reducing the activity of the gene. And now the trial has been carried out in humans – with positive results.

The date of 11th December will therefore probably go into history along with the discovery of the HD gene in 1993. It’s a milestone and big breakthrough.

What is the next step?

There is still a huge job to be done and there may be setbacks, in recent weeks we have celebrated, and hope is raised among all HD affected families. We needed this great news and it encourages us to continue the hard work ahead of us, Astri states.

The pharma company Roche will now take over further development. Planning of the third phase of the trial has already started. This phase requires several hundred participants.

Astri comes with an appeal to the Huntington community: “We encourage potential participants to contact The HD clinics that Roche will choose for the trial. It is not yet known where and when the Phase III trial will be, but Roche announces that they want to act as soon as possible”, says Astri Arnesen, President of the European Huntington Association.

“And the best part of it all – this is only the beginning. There are several other very exciting Huntingtin Lowering trials being done right now – or planned to start soon. I hope all HD affected enter 2018 with the reassurance that we are moving closer to our goal”, Arnesen concludes.