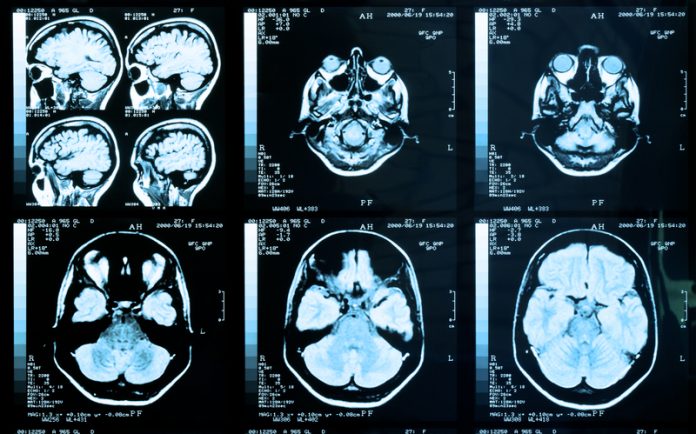 Huntington’s disease (HD) is a rare hereditary neurodegenerative disease that strikes patients in mid-life. American physician George Huntington first described the disease in 1872 after seeing affected residents in East Hampton, New York. Patients generally experience a progressive decline in cognitive, psychiatric, and motor functions. The disease is fatal. In 1993 an international team of scientists discovered the gene that causes the disease. Despite years of intense research, no cures or treatments to delay the onset or prevent the progression of the disease are available.

HD is caused by an inherited dominant mutation in the Huntingtin gene, HTT. This means an offspring of a parent who carries a mutant HTT gene has a 50% chance of inheriting the mutant gene. The mutation results in an increased number of repeats (greater than 40) of the amino acid glutamine in the encoded Huntingtin protein (HTT).

A normal HTT protein has between 7 and 35 glutamines. Increased number of glutamine repeats changes the property of the protein and renders it toxic to cells. The HTT protein is present throughout the body and throughout life. However, mutant HTT is toxic to select cells. Postmortem examination of the brains of affected individuals shows massive cell loss in certain parts of the brain, leaving other cells and tissues intact. This indicates that some neurons are particularly sensitive to the toxic effects of mutant HTT.

Proteins made in cells maintain certain structures dictated by their biochemical and biophysical properties. This is referred to as protein folding. When proteins misfold, they often lose their normal functions. Cells have developed elaborate mechanisms to remove such aberrant, misfolded proteins. This protects the cells from potentially harmful effects of misfolded proteins.

However, misfolded proteins can accumulate over time and form irreversible aggregates that impair cellular homeostasis. These aggregates are a hallmark of many neurodegenerative diseases. They are found in postmortem brain tissues of affected individuals. Age-associated diseases such as Alzheimer’s disease, are linked to protein misfolding. HD is also considered a protein misfolding disease although many other mechanisms are thought to play a role in the disease pathogenesis.

Decades of research have uncovered intriguing properties of different types of protein aggregates, some of which are RNA-protein granules found in normal cells. Each granule appears to have distinct properties and its formation is driven by specific sets of proteins and RNA. Some granules are formed in response to stress. This mechanism serves to halt energy-consuming cellular activities, by sequestering proteins involved in key biochemical processes. Upon removal of the stress, granules disassemble and the released proteins resume their normal functions.

Interestingly, mutant proteins linked to several neurodegenerative diseases have been located within these types of granules. They include mutant RNA binding proteins associated with amyotrophic lateral sclerosis, spinal muscular atrophy, and fragile X syndrome. These RNA binding proteins normally play a role in RNA transport, translation of RNA to make proteins, and formation of RNA-protein complexes.

Mutant RNA binding proteins, however, show altered biophysical properties. They have increased the propensity to interact with one another and affect the formation and function of granules. There is increasing evidence that over time mutant RNA binding proteins in these granules steadily accumulate and become converted to irreversible aggregates that are toxic to cells. Neurons are vulnerable to aberrant proteins that accumulate because neurons do not divide. Ultimately the machinery in the cell fails to remove toxic proteins, causing cell death.

Since the functions of normal HTT and the mechanisms by which its mutant counterpart contributes to HD remain unclear, my lab began investigating the role of HTT in RNA metabolism. New imaging techniques have helped us determine the location of the normal HTT protein inside neurons.

Strikingly, we discovered that HTT could be found near neuronal RNA granules. RNA granules are large RNA-protein assemblies responsible for transporting RNA to specific locations in the neuron. To determine whether HTT influences RNA localisation, we reduced the level of normal HTT in neurons grown in a culture dish and examined its effect on the transport of RNA. We found that the reduction of HTT in cells disrupts RNA localisation. The result points to HTT contributing to the integrity of RNA granules during RNA transport.

To further investigate cellular processes that HTT is involved in and how they might differ in mutant HTT, we designed experiments to purify normal and mutant HTT proteins from cells and tissues. We next identified proteins that interacted with each form of HTT. By identifying the functions of the proteins that co-purified with HTT, we uncovered new functions for HTT. Analysis of the binding partners of HTT proteins revealed that both normal and mutant HTT interact with proteins involved in RNA metabolism and protein synthesis.

We have thus uncovered new roles for normal and mutant HTT in RNA metabolism. The findings have several implications for the development of HD. We have located mutant HTT in neuronal granules, similar to those associated with aforementioned RNA binding proteins linked to neuro­degenerative diseases. Our results suggest HTT has a role in the formation of RNA-protein granules.

Unlike normal HTT, mutant HTT has a propensity to interact with one another through the increased repeat sequence. At high concentrations, mutant HTT alters biophysical properties of RNA-protein assemblies and shifts the equilibrium in favour of forming aggregates.

Furthermore, a recent study reported the stable formation of RNA aggregates containing repeat sequences. Collectively, the findings suggest that mutant HTT together with repeat sequence-containing RNA forms granules that become converted to irreversible toxic aggregates over time. The development of chemical agents that prevent aggregation or disrupt aggregates may serve to reverse the toxicity associated with the mutant protein and RNA. Through an understanding of how HTT supports neurons with these functions, we hope to reveal effective new targets for therapeutic intervention.