The stunningly high-resolution telescope has captured yet more pictures of our universe in unprecedented detail and beauty, with its newest release showing us the ‘Pillars of Creation’

Photographed numerous times over the decades, the Pillars of Creation are a formation of interstellar dust and gas that is located 6,500 light-years away in the Eagle Nebula.

Through these new images from the famous James Webb Space Telescope, we can see how the Pillars are surrounded by copious young stars. These stars are born as pockets of dust and gas collapse under their own gravity. According to researchers, these ‘baby stars’ are known to fire off jets that have the ability to create bow shocks producing energetic hydrogen molecules that are visible as a bright red glow. These molecules are visible in a number of spots, including the tips of the second and third Pillars.

The bright stars visible in the image have also been revealed to be closer and fairly local to the nebula – revealing how crowded this distant star-forming region has become. These new images are believed by the Webb astronomers to be vital in the future understanding and models of star formation.

“Webb’s new look identifies far more precise counts of newborn stars, along with the quantities of gas and dust,” NASA said. “This will help us build a clearer understanding of how stars form and burst out of these dusty clouds over millions of years.”

Pillars and their past history with Hubble

Above is a comparison between the Hubble image and the most recent one from the JWST. The power of the JWST has provided scientists with a more detailed view of the iconic Pillars when compared to the image captured by the Hubble Space Telescope 27 years ago. 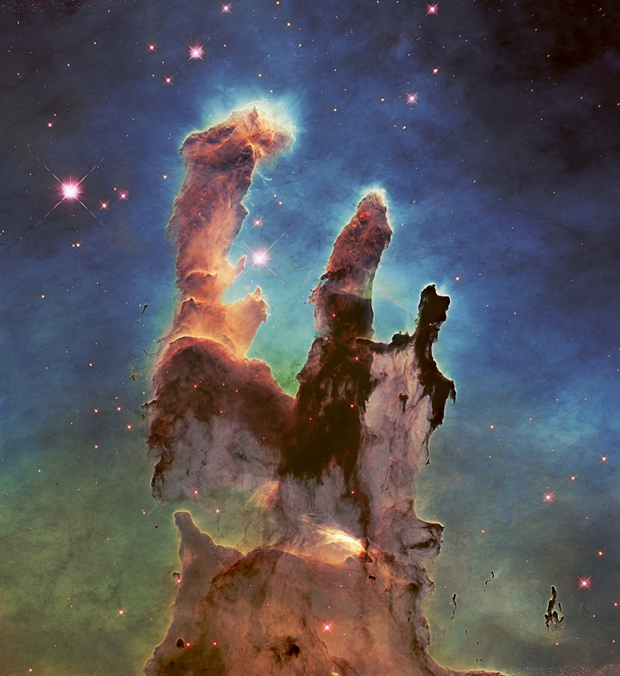 First becoming famous after Hubble imaged them in 1995 using the Wide-Field Planetary Camera 2, the Pillars were observed again in 2014 with the same telescope using an advanced replacement, the Wide Field Camera 3. With its higher resolution, the new camera provided a sharper view of the Pillars and also presents a wider vista, showing the base of the Pillars and more of the region surrounding them.

Mid-infrared light excels at examining gas and dust in detail

A week after its first release, the magic of Webb has provided a rendering of the active star-forming region as seen by the Mid-Infrared Instrument (MIRI). 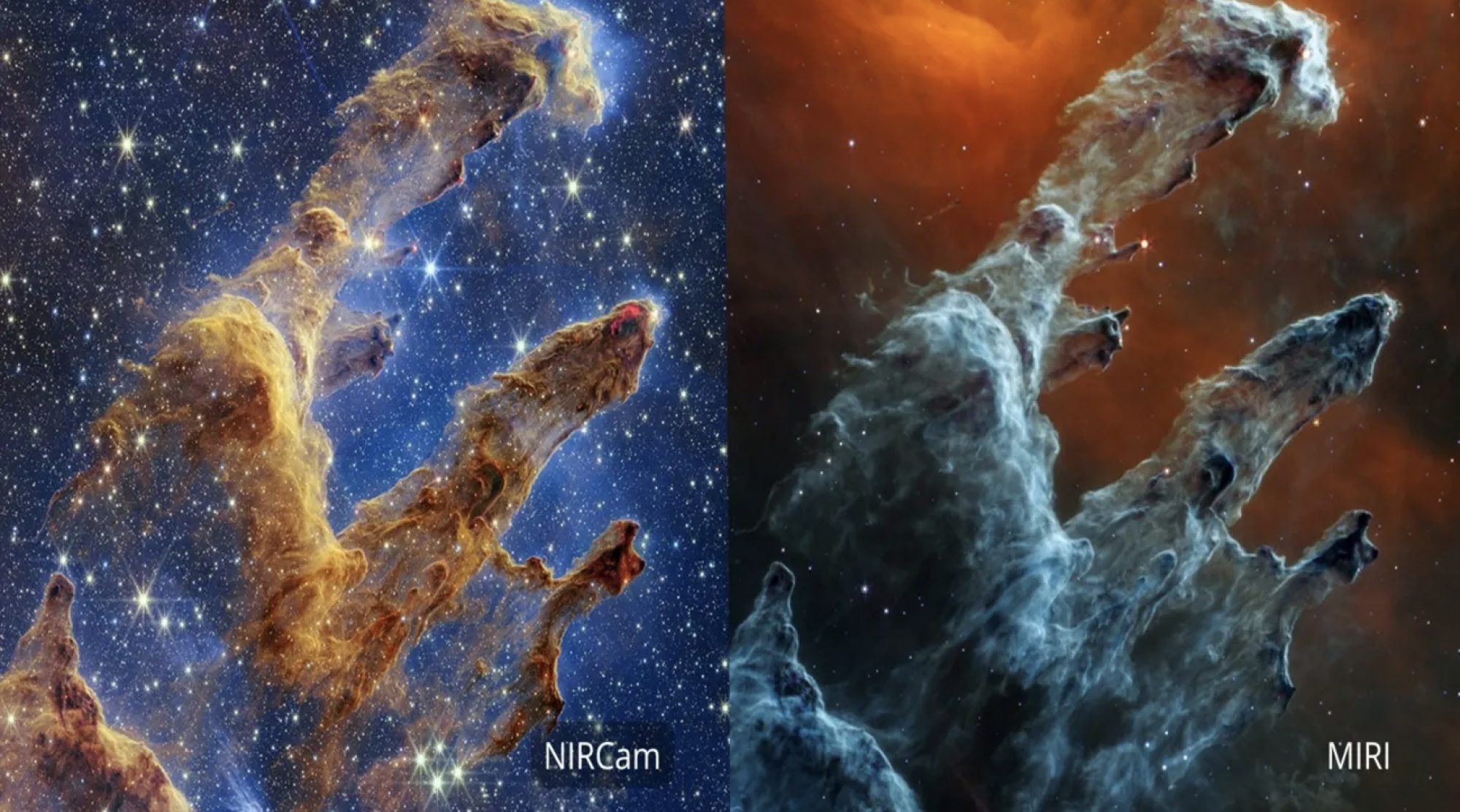 Dust, is a major ingredient for star formation and – although the stars aren’t bright enough at these wavelengths to appear – it gleams at the edges.

The JWST is able to use its MIRI instrument to observe younger stars that have not yet removed their dusty cloaks, seen as crimson orbs.

“What we see in this new image is akin to the ‘skin’ of the pillars, if you like. You can see filamentary structures which are where the stars are starting to burn through the dust. And you can see regions that are dark – they’re so dense and cold that they’re not even lighting up for MIRI.”