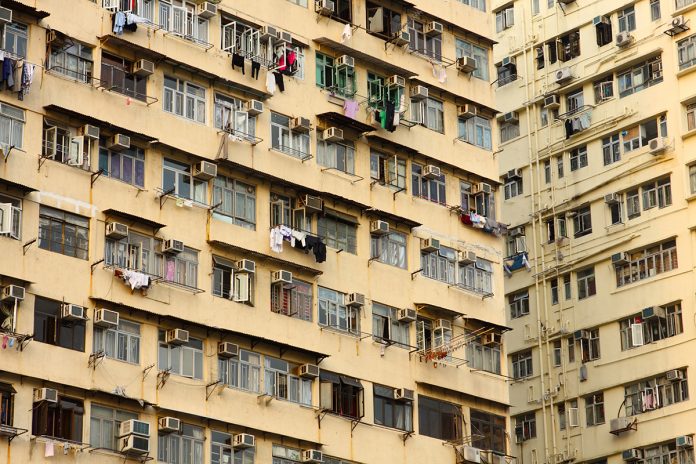 Dr Gideon Bolt from the Department of Human Geography and Planning, Faculty of Geosciences at Utrecht University tells us about the vital role of housing allocation in the decline of high rise housing estates

In a contribution to the previous issue of Open Access Government, I discussed the planning failures that played a role in the deterioration of large housing estates (Bolt, 2018). These failures included a bad physical quality of the buildings, the selection of unsuitable locations and an urban design that led to social problems.

In the epilogue, I acknowledged that not all housing estates have the same problems and that planning factors are usually not the most important explanation for the decline of estates. Other factors include housing allocation policies and exogenous factors like housing policy and economic restructuring. In the next issue, I will dwell upon the latter factor; but in this issue, my focus is on housing allocation.

Recruitment of the first residents

While most high-rise housing estates did function quite well in the first years after their completion, some estates had to struggle with a negative stigma from the beginning, due to a high poverty level among the initial population. An example of a neighbourhood with a spoiled reputation from the beginning is Park Hill in Sheffield, which became to be seen as the ghetto of a suppressed underclass due to the allocation policy of the municipality (Monclús & Díez Medina, 2016).

Gorbals, in Glasgow, was another high-rise estate that was built in the late 1950s. It replaced a disreputable slum area and due to the stigma, that was already attached to the area and the composition of the population (many former slum inhabitants), Gorbals could not get rid of its disreputable reputation. Hence, path dependence seems to play a role in the life cycle of a neighbourhood. Once a bad reputation of a neighbourhood takes on fixed forms, rather early in the course of its history, it is very hard to get rid of that stigma (Hastings and Dean, 2002).

In the former communist countries, the initial population of housing estates had a different socio-economic profile. While housing estates in Western Europe were mainly inhabited by blue-collar workers, housing estates in Eastern Europe were dominated by the middle class. In Hungary, for instance, there was much less equality in housing allocation than what might be expected from a communist state. Bureaucrats, intellectuals, the military and workers in high-priority sectors, were over-represented in the state-built housing estates, whilst members of the working class often had to rely on the self-build housing sector (Kovacs & Herfert, 2012). This allocation policy led to a spatial division between the cities and their hinterland, with a much stronger presence of people with a high level of education and income in the former than in the latter.

In Leipzig-Grünau, people from the hinterland were moved into this urban housing estate as they had to make way for brown coal mining. They ended up in the most recently built complexes and (partly) as a consequence of that, the status of these complexes was lower than that of the older complexes, where the initial population had a higher level of education (Grossmann et al., 2017).

Most housing estates in Western Europe initially had a good reputation. The poorest households and those who were deemed to be less deserving, were actively excluded through tests of the ability to pay and appropriate social behaviour (Kenneth and Forrest (2003). In the course of time, however, the social profile of incoming tenants started to change in many cases. The timing of the social degradation is very much dependent on the regional housing context. Problems started in the 20-story John Russell Court block in Edinburgh only five or 10 years after the opening in 1964 when problem families were moved in, which quickly led to the deterioration of the image of the estate (Hall, 2014). The reason for this change in allocation policy was the high level of housing production leading to an unexpected housing surplus after 1968.

Anne Power (1997) links the housing allocation policies at large housing estates to the bad physical conditions (as a consequence of a combination of a low initial quality and a lack of maintenance). She describes the problems of large housing estates as a vicious circle of design, lettings and social difficulties. The circle starts with signs of physical decay that may cause difficulties with letting. In order to avoid vacancies, this can lead to the acceptance by housing officers of the more vulnerable households, which, in turn, may even worsen the image. A concentration of these kinds of households may make social problems more complex (Power, 1997).

As explained above, the housing allocation process was completely different in Eastern Europe. After the transition, the differences in social status between more and less desirable locations have increased (Kovacs & Herfert, 2012). Whereas the transition in post-socialist cities was in most cases characterised by a massive privatisation, the changes in the former German Democratic Republic (GDR) were less drastic. In the large housing estate Grünau, in Leipzig, only the younger parts have been privatised, while older parts are still in the hands of the same housing cooperatives and municipal companies that first built them in the 1970s.

In contrast to most large housing estates in Western Europe, it is the private companies who attract low-income and welfare-dependent household in order to avoid vacancies. The social economic profile of the older, social rented, part is much more stable and mixed (Grossmann et al., 2017). This illustrates that the concentration of social housing is not necessarily the main reason that housing estates are deteriorating. In the next issue, I will explain that the declining reputation of social housing estates is not a natural phenomenon, but the result of a deliberate choice that favours homeownership at the expense of investments in the social housing sector.

Power, A. (1997) Estates on the Edge. The Social Consequences of Mass Housing in Northern Europe. London: Macmillan.

Department of Human Geography and Planning