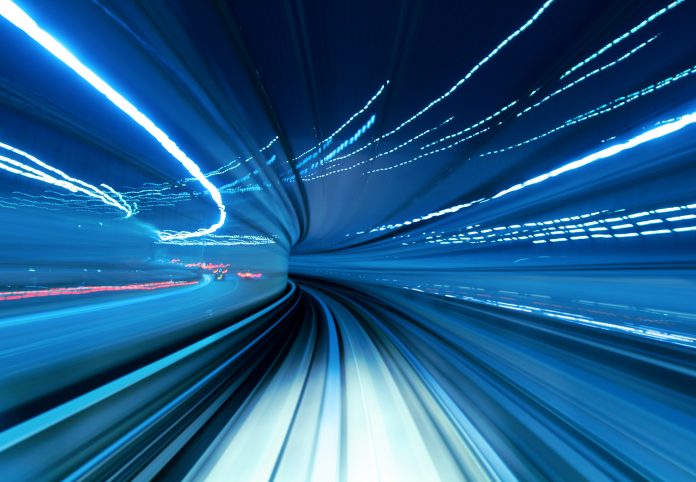 Challenges to decarbonise the rail industry can be tackled by innovation, switching to hydrogen trains and other, greener transport

The UK rail industry is looking at green hydrogen to deliver emission-free transport, in order to address its decarbonisation challenge. Companies are increasing efforts to develop hydrogen technology for the rail sector to create zero-emission rail services that can replace existing trains which rely on fossil fuels. But why are they choosing hydrogen trains, and what role will it play?

Transport makes up 27% of all the UK’s CO2e emissions, with rail currently being the lowest greenhouse gas emitting transport mode in the UK. It is responsible for only 1.4% of total transport emissions in 2019, while 9.5% of all passenger kilometres (the unit of measurement representing the transport of one passenger by a defined mode of transport) were made using rail. In 2020, rail emissions accounted for 0.4% of the UK’s total CO2e emissions with 2021 estimates being 4.411g CO2e per passenger kilometre for international rail and 28.61g for light tram and rail. However, reaching net zero carbon is still a tall order and will require a variety of solutions.

The UK government announced in 2018 that diesel-only trains will be phased out by 2040. This is a positive step to reduce emissions, but there is no easy undertaking – 29% of all trains and 90% of freight trains are powered by diesel, and all require suitable green alternatives to replace them.

What are the challenges of the rail industry?

What methods can we use to address these challenges?

How can hydrogen address the challenges?

While the electrification of the track is seen as one of the best solutions, it is prohibitively expensive to install overhead electric lines (OLEs) across the entire network. The physically restrictive nature of the world’s oldest railway brings additional complexity.

Controversy over electrification programmes has arisen following the recent Great Western Rail project, which ran significantly over its original £874 million budget, eventually costing an estimated £2.8 billion. In light of this, the UK Treasury blocked £30 billion of planned network electrification in December 2021.

Only 42% of the track is electrified

Currently, the Institution of Mechanical Engineers states that only 42% of the track is electrified and according to forecasts from the Rail Safety Standards Board (RSSB), OLE coverage will not exceed 80%, even by 2050. The remaining 20% of the network, some 3,000km, will need alternative solutions. The government has provided over £4 million of funding through FoaK competitions for new traction technologies. This includes £750,000 to facilitate trials of the UK’s first hydrogen-powered train to run on the mainline.

Hydrogen trains have been identified as one of the best alternatives to electrification. One of the main benefits of hydrogen is the ability to replace trains with no change in service quality to passengers, the ability to meet existing timetables, all while reducing emissions. The hydrogen train fuel is passed via a fuel cell, and through a chemical process, electricity is generated. There are no greenhouse gas emissions – the only by-product is water. If the hydrogen is sourced from electrolysis powered by renewables, it can be designated “green” and the whole solution becomes zero emission.

Another solution touted for rail is battery trains. Batteries provide more flexible power delivery compared to fuel cells, which prefers steady energy storage, although current technology is only sufficient for around 100km per recharge. While this is suitable for very short routes, the range soon becomes a limiting factor.

Which is better, battery or hydrogen trains?

The key advantage of hydrogen over battery storage is the amount of energy that can be stored. Hydrogen has far greater energy density than batteries, meaning more energy can be stored for the mass of fuel required. This can significantly improve the range of the train – up to 1,000km range from 200kg of hydrogen. The equivalent in battery storage would weigh several tonnes.

Existing hydrogen trains, now in commercial operation in Europe, use both technologies in a combined traction system, with the fuel cell charging a battery. The battery is able to deliver electrical loads with much greater variability than a fuel cell, however the hydrogen fuel extends the range far beyond anything achievable with battery technology alone.

This allows the train to accelerate quickly and operate on routes with frequent stopping and starting, without needing to refuel during the day. It also means regenerative braking can be used, where waste heat produced by the brakes is converted back into electricity and stored in the battery, further extending the range.

Where would we get enough fuel to power the hydrogen trains?

To provide the fuel for these hydrogen trains, green hydrogen production facilities and refuelling stations are needed. The routes that are likely to be designated for hydrogen are in more rural regions and suffer from restricted grid capacity. This means powering fast charging for batteries or electrification will require major infrastructure upgrades. Hydrogen can be generated close to point of use through renewables and shift the generation profile from renewables to meet the demand profile of the train. Investment is necessary to build this infrastructure, however, it is orders of magnitude cheaper to build compared to the installation of overhead lines. By developing hydrogen hubs to supply the fuel to various sectors, such as combined transport depots from a single location, economies of scale drive the cost down further. This creates an opportunity for the private sector to accelerate the transition to zero-emission rail across the UK, and offer the best price for pioneering operators. All this can be achieved without relying on government expenditure, which is currently being restricted in light of the current economic situation.

By offering excellent performance, practicality, and flexibility, hydrogen trains create a compelling case as the best alternative to electrification. When, not if they run commercially in the UK, the rail network will be making a sizeable step towards a cleaner future.