The warming of the Arctic occurs at double the global rate with some places, like the Arctic Archipelago Svalbard, projected to have an average increase in air temperature by 10 degrees Celsius by the end of the century. The average volume of Arctic sea ice in the month of September has declined by 75% since 1979. I could go on about the vitally important science and numbers that point to massive challenges we face ahead and have already begun to feel. However, the future of the Arctic is also about the environmental and human impact in front of and behind those numbers. It is about how science fuels policy and regulatory support. How to create resilient and robust communities where people can adapt to the unavoidable changes and create a secure future for themselves. And it is about the global cooperation we need to build a sustainable future.

The changing Arctic has an environmental impact such as shifts in tundra vegetation, coastal erosion, stressed ecosystems, increases in wildfires and loss of sea ice – that these changes are having on the more than four million people who call the Arctic their home. As the landscape changes, biodiversity vulnerabilities threaten our food security and the traditional ways of life. Sea ice melting opens new shipping routes and opportunities for other sea-based activities that expand economic possibilities, but at the same time, creates challenges in marine conservation and search and rescue operations.

As we learn more about the challenges we face in the Arctic, the importance of joining hands in our work towards a sustainable Arctic is clear. In 1996, the Arctic States and Permanent Participants that represent Indigenous peoples in the Arctic, signed the Ottawa Declaration establishing the Arctic Council as “a high-level forum to provide cooperation, coordination and interaction among the Arctic States, with the involvement of the Arctic Indigenous communities and other Arctic inhabitants on common Arctic issues, in particular, the issues of sustainable development and environmental protection in the Arctic.”

This declaration marked a milestone in international cooperation – creating a unique forum where State and Indigenous representatives, with diverse political systems and ideologies, gather at the same table tackling the Arctic’s most pressing challenges in a peaceful setting. In this, the Arctic Council sets an example, among international fora. We would not be where we are today without the integration of traditional knowledge, passionate participation and valuable contributions of the Arctic Indigenous peoples. And we cannot make declarations and set the Arctic agenda without input from the over 500,000 Indigenous people who live here.

However, what happens in the Arctic does not stay in the Arctic. More non-Arctic states around the globe are waking up to the fact that changes in the Arctic have a direct and widespread impact on them. The Arctic climate has direct effects on the monsoons in Asia. Rising sea levels from melting Arctic and Antarctic glaciers continue to impact coastal communities around the globe. Newly opened ship routes lack infrastructure support and can pose a safety challenge to those who pass through them, as well as hazards to a pristine environment and its biodiversity. Arctic research is vital to understanding why and how these changes are occurring, and how they affect life and ecosystems both inside and outside the Arctic itself.

At the same time, the Arctic falls victim to activities that occur in non-Arctic states. Recent studies indicate that in the Arctic Basin you will find some of the highest concentrations of microplastic pollution of any ocean basin on the planet brought there from other regions via ocean and air currents. The Arctic Council’s Arctic Monitoring and Assessment Programme (AMAP) Working Group determined that non-Arctic states are responsible for about two-thirds of Arctic warming due to black carbon emissions, a major contributor to current global warming.

Arctic cooperation is not limited to the boundaries of the region. We are seeing heightened interest from non-Arctic states. While the interest in the region is welcome, others must not forget that the Arctic is not a lawless, snow-barren Wild West. There are eight Arctic States that manage the region, governed by national jurisdiction and international law. The Arctic States acknowledge their role as stewards of the region and work relentlessly to strengthen Arctic research and enhance cooperation with Indigenous peoples, local communities, non-Arctic States, international organisations and non-governmental organisations. This cooperation serves to build understanding, respect and trust between diverse actors, but who all inevitably share the same interests in ensuring sustainable development and prosperity in the Arctic. And rather than spread fear of impending conflicts, it should leave us inspired to do more.

We are fast approaching Arctic crossroads where there never were roads before. It is important that we together chose the path forward on the basis of knowledge and facts. We have to break away from old habits in order to build resilience and adaptation in a changing Arctic.

We can do more to make the Arctic region a place that is sustainable, thriving and vibrant, primarily for the people living here, but also for our animals and ecosystems. We, the Arctic States together with the Observer states, can do more to invest in scientific research and ensure it translates into policy actions. If heightened global interest in the Arctic and widespread movements, such as youth climate activism, are telling us anything, it is that we need to work harder to achieve more. And this level of global engagement is inspiring.

Just as the impact of the unprecedented warming of the Arctic is felt around the globe, scientific research and peaceful cooperation in the region extend to and benefit non-Arctic states. Shared knowledge and cooperation – not just among the Arctic States – can contribute to a brighter future for the Arctic and our neighbours around the world. The eight Arctic States together with the Indigenous peoples’ representatives and all Arctic inhabitants are stewards of the Arctic. We welcome and encourage global engagement, and as stewards will take the lead by prioritising enhanced cooperation. 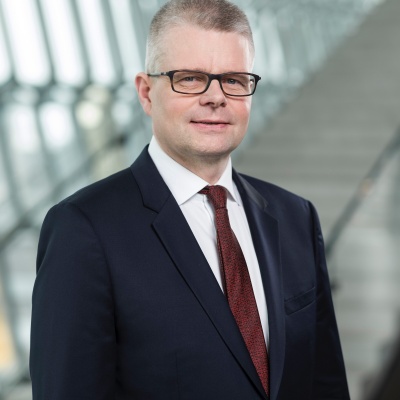