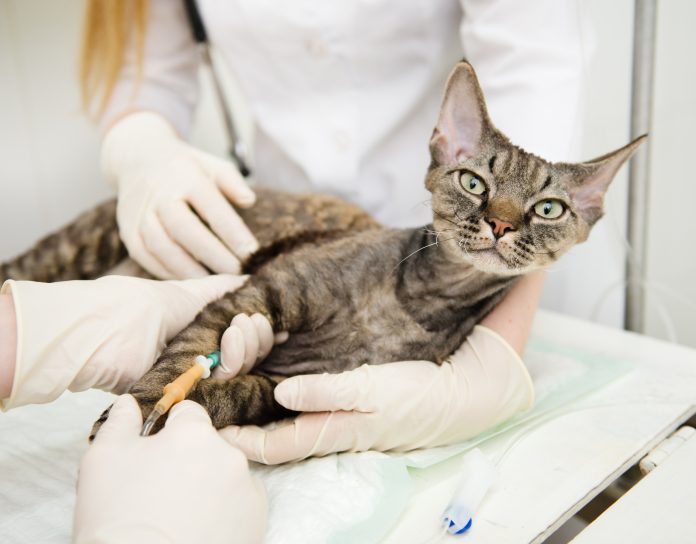 Assessing this phenomenon, researchers analysed mutation types occurring in the virus following the confirmed cases of COVID-19 in a variety of wild, zoo, and household animals demonstrating cross-species transmission.

The global transmission of the virus has beneficially given researchers the infrequent opportunity to examine the viral evolution of SARS-CoV-2, applying their experience in sequence analysis and studying a collection of genomes to SARS-CoV-2.

The study, published in PNAS – the official journal of the National Academy of Sciences – was taken by an interdisciplinary team at the College of Veterinary Medicine and Biomedical Sciences.

Laura Bashor, one of the first authors and a doctoral student in the Department of Microbiology, Immunology and Pathology, said: “SARS-CoV-2, in the realm of coronaviruses, has a very broad species range. Generally speaking, many types of viruses can’t infect other species of animals, they evolved to be very specific.”

Erick Gagne, a first author and now an assistant professor of wildlife disease ecology at the University of Pennsylvania, added: “Humans have so much exposure to many different animals which permitted this virus to have the opportunity to expose a variety of different species.”

Cross-species transmission is a rare occurrence for most viruses

Using the researcher’s animal modelling expertise, they developed a test for SARS-CoV-2 susceptibility of animal species. A prominent feature of the findings was a newer sequencing technique of the virus at different stages of the study, now common to detect variants in the human population.

By employing computational skills in analysing biological molecule sequences, known as bioinformatics, to the study, they cultivated a SARS-CoV-2 human sample in cells grown in the lab. They agreed that multiple mutations had already developed and  had become a greater percentage of the genetic population.

They then introduced the virus to the four household species – cats, dogs, ferrets, and hamsters – and took samples of the virus from their nasal passages after being infected.

Not all these mutations within the cell culture SARS-CoV-2 variant transferred in the new hosts. Instead, different mutations emerged within the virus shed by the live animals.

The initial viral sample in the study was isolated in early 2020. The team observed mutations that have since formed wide-spread SARS-CoV-2 strains in the human population at an accelerated rate throughout the study.

It was stated that the SARS-CoV-2 variant could be transmitted, with the possibility of creating a new strain, through contact exposure between two cats.

Bashor stated: “We found there was evolution, we saw selection on the virus, and we saw a lot of variants emerge in the genome sequence of the virus.”

Gagne added: “In the animals, the cell culture variants reverted back to the initial human type, which indicates that likely there is adaption occurring in that cell culture and environment that was selected for those variants.”

Dr. Sue VandeWoude, senior author, said: “Among those were a number that we’ve since seen in humans in the alpha, beta, delta variants. There were specific genetic code changes that mimicked what other scientists have reported in people.”

Assistant Professor Angela Bosco-Lauth agreed: “That’s what we’re seeing in people too. Hosts that are really well adapted to support SARS-CoV-2 infection are also very good at allowing these mutations to stick and to be passed on.”

The team has continued their investigations to focus on cats, as they have shown higher susceptibility for COVID-19 transmission from humans, and can produce variants of the virus and spread to other species of cat.

Bashor began analysing SARS-CoV-2 genome sequences from a selection of cat species, including tigers, lions and snow leopards. The data collected from the infected cats could provide additional insights on the adaptability and mutability of COVID-19 among cat species.

Conclusively, there is no evidence of transmission from cats to humans, but cats continue to be susceptible to all variants of COVID-19 in the human population. By understanding viral evolution within cats, the research team aims to find out what the future is for SARS-CoV-2 in humans and animals.