Researchers at the National Eye Institute (NEI) part of the NIH have identified and isolated a unique population of B cells that affects the immune system, reducing chronic inflammation.

Uveitis is a from of sight threatening eye inflammation that affects the middle layer of tissue in the eye wall – symptoms including eye redness, pain and blurred vision often come on suddenly and get progressively worse very fast. Current therapies include corticosteroids; however, prolonged use of these drugs risks other eye problems such as optic neuropathy and steroid-induced glaucoma. there is a potential gap for new treatments and therapies that the NEI is hoping to fill; this research is a major step towards this goal.

What are regulatory B Cells?

Regulatory B cells (Bregs) are a newly designated B-cell subset that plays a pivotal role in regulating inflammation, autoimmunity, and cancer. According to the study, “while similar in function to other Bregs, I27-Breg have a distinct gene expression profile and originate from the innate B-1a cell lineage”

Researchers examined whether i27-Breg immunotherapy would be effective in suppressing autoimmune uveitis or a multiple sclerosis (MS)-like disease in mice in hope for future human therapies.

What was discovered was that i27-Bregs are “neither antigen-specific nor disease-specific, suggesting that they would be effective immunotherapy for a wide spectrum of autoimmune diseases.”

The National Eye Institute leads the federal government’s research on the visual system and eye diseases. It supports basic and clinical science programs to develop sight-saving treatments and address special needs of people with vision loss. This National Health Institute based research shows promising results for the future application on human testing. 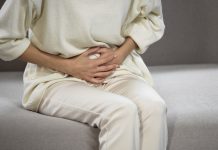 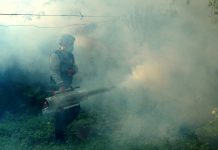