Fear and a lack of first aid understanding are rife amongst UK parents. A third of new and expectant parents admit they wouldn’t know how to react should their child experience a medical emergency

Whilst accidents will still happen, arming parents with the first aid skills and knowledge needed to deal with medical emergencies will not only make parents feel more confident but also help ease the load on our NHS. One in ten said they live in constant fear their child will seriously hurt themselves.

According to research released by Baby to Toddler, the shopping event for modern parents, which returns to the ExCeL London this weekend, one in three (31%) new parents said their child had experienced a medical emergency in the first four years of their lives. This demonstrates the extreme frequency with which first aid skills are necessary.

Over three quarters (76%) of parents fear their child is at risk of an accident, but only one in ten said they felt confident in how to react to such an instance. The emergency that caused the most uncertainty amongst UK parents is what to do should their child eat or drink something toxic; a huge 82% of new parents polled would not know how to act. Furthermore, 60% wouldn’t know what to do if they found their child unresponsive and 59% are unaware of how to act should their baby have a fit.

Additionally, almost a third (29%) of new parents surveyed said they didn’t know what to do should their baby experience a febrile seizure. Out of those who claimed to have a vague sense of understanding, only 53% identified the correct measures to take – removing objects that may injure the baby and using a blanket to protect their head from injury.

Jenni Dunman is CEO at Daisy First Aid, specialists in paediatric first aid. She says: “It amazing how many new parents in our classes are unaware of febrile seizures, yet according to the NHS one in twenty children between the ages of one and four will suffer from one. The key point to remember with febrile seizures is that whilst they can be terrifying to witness, they are relatively common, they are caused by a spike in temperature and children can recover very quickly with no long-term side effects. If parents are prepared with this knowledge, then it’s not quite as scary and it’s much more likely that the parent will remain calmer and treat the seizures correctly.

“Choking is also one of the biggest worries for parents, particularly when weaning or when babies start putting everything in their mouth. There are really important techniques that we highly recommend all parents learn and practice (on mannequins, not real babies). Learning these very simple steps could be lifesaving. It takes on average eight minutes for an ambulance to arrive in London but a child could die from choking in as little as four minutes so I can’t stress how important it is to learn and practice back blows, baby chest thrusts and child abdominal thrusts.”

Of the parents polled who had experienced a medical emergency, the most commonly listed incident was breathing difficulties (30%), followed by choking (18%) and joint third was having a fall or an allergic reaction (17%).

Daisy First Aid will be running a number of free 20 minute classes at both Baby to Toddler shows taking place at ExCeL London (17th – 18th November) and NEC Birmingham (24th – 25th November). New and expectant parents can learn life-saving skills should you ever have to deal with an accident or emergency involving babies and toddlers.

Toward Mobile Health-Care with Medical-IoT Devices 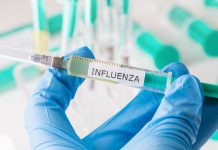 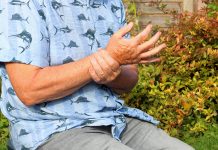 Arthritis and related conditions: The biggest causes of pain in the UK