Chris Richards, Head of Policy and Public Affairs at the Institution of Civil Engineers (ICE) argues that Electric cars and Ultra Low Emission Vehicles need to be fully embraced

Electric Avenue, in Brixton, was one of the first streets to be electrified in the 1880s: By 2030, 150 years on, we will need to have achieved a similar feat for all British roads when it comes to Electric cars and other Ultra Low Emission Vehicles.

With urgent climate challenge and the potential scarcity of oil in decades to come, it makes sense to decarbonise our roads for environmental and fuel security reasons.
Electric cars and other Ultra Low Emission Vehicles (ULEVs) are often cheaper to run, produce no toxic fumes directly and have a lower impact on the environment over their lifetime, including manufacture.

Whilst government policy is to end the sale of non-zero emission cars by 2040, the decision to legislate for a net-zero carbon target by 2050 has accelerated the need for change.
Infrastructure and funding will need to evolve to allow a fully electric and ULEV fleet as the days of internal combustion engines come to an end.

From an engineering perspective, a significant barrier to enabling an electric future is the lack of electrification on our roads.

The vast majority of roads outside of populated areas are geared towards being a relatively simple road surface for traditionally fuelled cars and lorries. Where roads are linked to the grid, it is for relatively low capacity connections for lights, signs and traffic signals.

This means that high capacity, roadside charging points need adapted infrastructure. For anyone buying an electric car for the first time, a key concern will be a fear of running out of power on a long journey and not having anywhere to charge up.

According to Zap-Map, there are 9236 charging locations across the UK. However, many of these are concentrated in towns and cities with full network coverage sparse. The effort needed to service millions, rather than the hundreds of thousands of electric vehicles currently on the road, is enormous and would require significant investment.

To meet tomorrows challenge, we will either have to re-engineer our roads to allow charging on the move, as being trialled in Sweden and the Netherlands or install millions of high-capacity rapid charging points in homes, on streets and at service stops on motorways.

A thirst for energy

There is little point in decarbonising our vehicle fleet unless the energy used to power tomorrows cars and lorries is also clean.

With a growing population, predicted to be 75 million by 2050, ICE predicts that energy generation will need to increase by 34.2GW – or ten and a half Hinkley Point C power plants – by 2050.

The good news is that renewable technologies, like offshore wind, are now competitive, with the strike price for offshore wind falling from £114 to £57.50 per MWh in the last two years.

Generating additional capacity will need investment not only to expand production but replace ageing oil, gas and nuclear plants.

A crucial part of this equation is an investment in storage. Increased battery and other storage capacity, like dams and pumping systems, as well as the development of a smart grid system – which could use plugged-in electric vehicles as temporary storage – will need engineering solutions and government support.

The major policy challenge is how to pay for renovated roads or a greater expansion in electric charging points and the energy networks needed to power them.
Fuel duty is a large source of revenue for the government, raising £28.4 billion in 2019-20 – almost as much as the government spends on all infrastructure. As petrol and diesel decline as a fuel source, this revenue stream will reduce in the coming decades.
ICE released a paper in March this year on how sustainable roads funding for the strategic road network in England could be met by a pay as you go model. Such a system should be in place by 2030.

Lighting up a nation

Just like those Victorian engineers who first connected Electric Avenue to the grid, doing away with gas lamps, the future for road transport is one illuminated by electricity.
Establishing a nationwide grid for every street and home at the turn of the last century was as big a challenge as ensuring a rapid charging network for our nation’s cars, busses and lorries today. As then, the move from combustion to electricity will be a historic and immense challenge, but it must be met, for our health and for future generations. 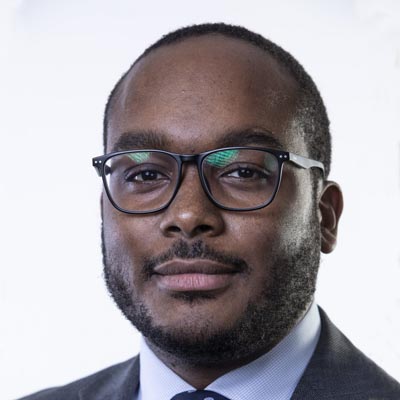 Revolutionising transport & the imperative role of connectivity and 5G