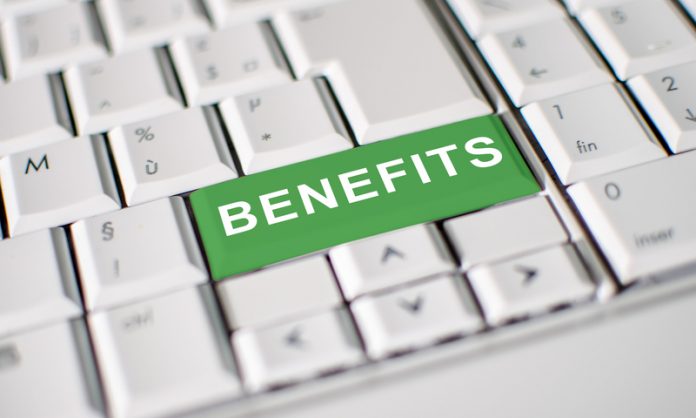 Local authorities and social housing providers must use data to provide a faster and more efficient service for the citizens they serve says Gary Bell, Civica’s Executive Director, Managed Services

Universal Credit, the flagship reform of the benefits system was introduced to make welfare payments easier for local authorities and social housing providers. It was hoped that combining the likes of unemployment benefit, housing benefit and tax credits into one monthly payment would ultimately simplify the process.

While good in theory, problems with the roll-out, including many system design flaws and administrative glitches, are having a negative impact, not just on local authorities but the citizens that they serve.

An analysis released by the Labour Party the end of last year revealed that some councils across England are having to divert their own financial resources to deal with problems caused by the rollout of Universal Credit.

In addition, the six-week waiting time for payments is having a knock-on effect in areas such as council tax and homelessness as people are struggling to pay their rent and bills on time due to a longer wait to receive benefits.

With approximately 6.5 million households still to move onto Universal Credit due to a phased roll-out, the pressure is set to grow. While there is are clearly challenges for local authorities in terms of the transition to the Universal Credit system, technology offers the means to overcome them.

By understanding a citizen’s credit history you can better judge and determine how people can pay debts and stay out of arrears. By identifying those that might have payment issues, councils will be better placed to work with those residents likely to be impacted by Universal Credit early on in order to anticipate small issues before they become major problems. For example, a council could provide tailored help and advice when it comes to budgeting, or if a resident clearly has funds but is paid at an inconvenient time of the month then payment deadlines could be shifted.

This is a strategy being employed by Cartrefi Conwy council in North Wales. In terms of getting to know their customers, Tony Deakin, Financial Director of the organisation, says: “We’ve undertaken work with Experian to understand the credit history of our tenants, and their propensity to pay online or by direct debit. We are also utilising basic nudge principles in order to better understand how we can influence our tenant’s payment methods. All of this was influential in our work to develop and promote our online payment portal.”

Use data to build the bigger picture

While local authorities and housing associations already hold a large amount of data on citizens, the challenge for all public-sector organisations is in making sense of this data, in keeping with data consent regulations, to provide tangible benefits for the end user. These insights can also help better manage council resources and workloads by highlighting when they may need more employees or focused project teams.

An organisation doing just that is Prospect Housing. Speaking about how it is using technology to adapt its arrears modules, Director, Brendan Fowler says: “Predictive analytics are allowing us to see who is regularly missing payments or paying late. This is in turn leading the housing association to work with citizens to identify new payment dates and methods to ensure they don’t fall into debt.”

Local authorities will also benefit from looking at the multiple service points where citizens make contact and payments with a council. For example, having a 360-degree view of a citizen’s payment journey may allow them to notice that a resident is behind with their rent or council tax and could map that back and see if they have or have not been paid their Universal Credit. Through greater understanding, councils will be able to operate much more effectively – and provide a better service to citizens.

While the issues surrounding Universal Credit are well documented, one key point to consider is that many councils are taking positive action to not only lessen the negative impact but also move forward and create a better service for citizens. This sentiment was perfectly encapsulated by Manjeet Gill, Interim Chief Executive, Wokingham Borough Council and Deputy Policy Spokesperson on Housing at SOLACE: “The key thing we have discovered is the need to be positive – there’s been an element of learning. We need to find the digital champions and the community development advocates to get people online.”

With much work still to be done, local authorities and social housing providers need to turn to data to offer their citizens a faster, more efficient service to enable Universal Credit to become the positive reform it was intended to be.