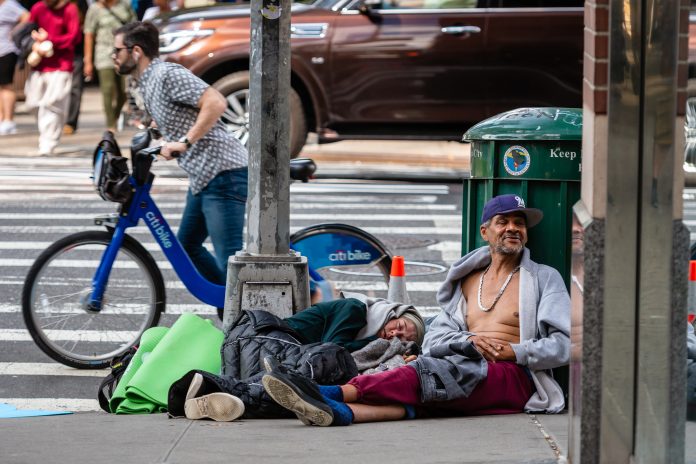 As one of the most unequal places in the West, the United States is rated highly in unfair inequality, a similar situation can be seen in Greece.

However, researchers note that the unfair inequality in countries across Europe were mostly affected by the European sovereign debt crisis of 2010 – as opposed to the US which is built on structural injustice welded by violations of the equality of opportunity principle.

Rising income inequality has led to numerous contended definitions of inequality. While some call for more redistribution, they are often countered by economists arguing that that some level inequality is necessary to push people to work harder – based on the natural outcome of a market economy.

In this paper, researchers propose new definitions of inequality based on the concepts of equal opportunity and freedom from poverty, finding that the U.S. is far more unequal than imagined.

Rooted in factors beyond someone’s control

A new paper in The Review of Economic Studies, published by Oxford University Press, finds that inequalities are unfair if they are rooted in factors beyond someone’s control.

It is stated that people are more disposed to accept income differences due to effort rather than outside circumstances. However, looking at other ethical issues: would it still be arguably justified that those working long hours earn more than others who show up for work only occasionally, for instance?

Though this is relative inequality all the same, researchers proposed a measure of unfair inequality that reconciles two ideals of economic equity: the researchers offered equality of opportunity and freedom from poverty.

Using the Panel Study of Income Dynamics – a longitudinal survey of American families conducted by the University of Michigan beginning in 1968 – they analysed the development of unfair inequality in the United States between 1969 and 2014.

Combining this data with the European Union Statistics on Income and Living Conditions, they calculated unfair inequality in the United States against 31 European countries.

Unfair inequality increased by 3.7% in the US

Researchers highlight that this was mostly due to increasing inequality between groups with different socioeconomic backgrounds. Increasing unfairness in the United States results mainly from increased violations of the equality of opportunity principle and decreases in social mobility across generations.

The paper’s lead author, Andreas Peichl said: “We have developed a new measure of unfair inequality based on the concepts of equal opportunity and freedom from poverty. This new benchmark considers that income inequality per se is not necessarily a bad thing.

“Instead, we propose to analyse the causes of inequality and break them down into fair and unfair components. In this work we consider inequality as unfair if people have unequal opportunities or insufficient resources to make ends meet.

“We hope that this new measure enables researchers to conduct more normatively guided analyses of inequality in the future and that it will be informative for the policy debate about inequality.”