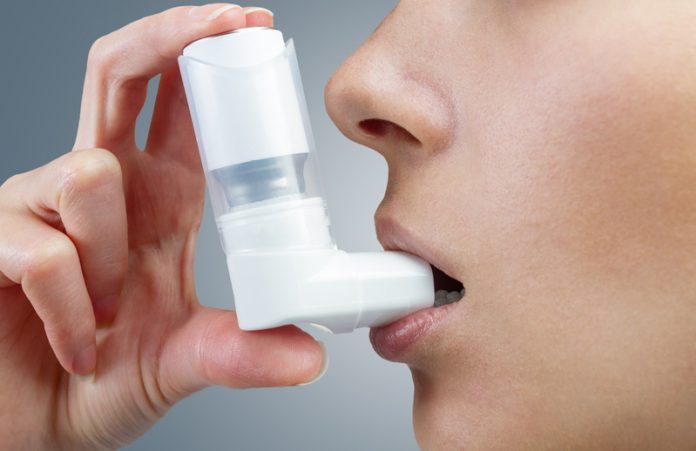 Michael Roth, Research Group Leader at the University Hospital Basel explains what asthma is, its health impact globally and charts the research landscape in the field, as well as pondering why asthma still cannot be cured

Asthma is defined as a chronic inflammatory disease of the upper airways, which limits breathing and, therefore, impacting the quality of life of millions of people worldwide. The economic burden of asthma to the health systems and our society is largely underestimated. Asthma is frequently overlooked or wrongly diagnosed, as it was reported in the 2016 EU Symposium on Allergic Diseases. However, it would be wrong to define asthma as an allergic disease, approximately 45% of all asthma patients cannot be linked to allergies. This raises the question “What is asthma?”

Asthma can start during early childhood or develop later in life; the cause is most often unknown or identified as an allergic response of the upper airways to any environmental triggers. An asthma attack cannot only be induced by allergens, but also by sudden changes of air humidity or temperature, as well as inhalation of fumes generated by evaporation of chemicals, or from cooking or heating. Besides inhaled triggers, asthma attacks can result from psychological stress, sports or food allergens. The question which mechanism links all these diverse triggers to develop asthma remains open.

Asthma symptoms can be controlled by inhaled steroids, β2-agonists, or biologicals such as neutralising antibodies against IgE or pro-inflammatory cytokines. However, the effect of these drugs is relatively short and does not cure the disease. Thus, reducing inflammation alone and relaxing the bronchial muscles is insufficient to cure the disease. The American Thoracic Society suggested in 2017 that asthma might not be cured unless the pathogenesis of airway wall remodelling is understood.

Unfortunately, there is no clear evidence if all asthma patients have airway wall remodelling or if this is a pathology of a certain subtype of asthma. Studies on airway wall remodelling are limited due to the understandable concerns of the ethics committees, who regard tissue biopsy as an invasive procedure and an unnecessary risk to the patient. Therefore, the suggestion of the American Thoracic Society might be difficult to investigate; especially there is no animal model available, which can simulate all pathologies of human asthma.

Most studies on basic cell research into the pathogenesis of asthma characterise the effect of a single protein or asthma trigger on a specific intracellular signalling pathway and its impact on the proliferation or pro-inflammatory cytokine secretion by inflammatory cells.

Recently, similar studies on the response of tissue forming cells, such as bronchial epithelial cells, smooth muscle cells, dendritic cells or sub-epithelial fibroblasts, have been reported and as such, they have improved our understanding of the pathogenesis. Genetic polymorphisms have been suggested to increase the susceptibility for developing asthma, but a causative link of gene modification and asthma is still missing.

The search for the cause of asthma

In addition, the search for the cause of asthma included epigenetic studies suggesting a modification of the epigenome during the third trimester of pregnancy and/or the first six years of childhood, which leads to an increased susceptibility for asthma, also later in life. Most of these studies are limited by their focus on a single protein or gene, as a cause of asthma.

The recent introduction of “Big Data” studies and Omics to asthma research has not yielded the expected “Eureka” effect, neither for new biomarkers nor for new therapeutic targets. Little attention has been paid to the fact that intracellular signalling, as well as the interaction of different cell types of each other, are dynamic effects, which depends on the right timing and the right location.

An example may be the studies on TGF-β in asthma, which is regarded as the major trigger for remodelling. Depending on the animal model or the target cell type, the effects of TGF-β could be contradictive from pro- to anti-inflammatory, or pro- to anti-remodelling. The contradictive results may be explained by the duration of TGF-β treatment and the cell type. Moreover, in the asthma patients, it will be rarely the case that only TGF-β is upregulated; in over 99% of the cases, a wide range of pro-inflammatory and remodelling stimulating proteins will be increased.

This generates a condition where multiple feedback mechanisms that exist for all pro-inflammatory factors or proteins, are becoming important. Epithelial cells release TGF-β when under stress, thereby, they stimulate sub-epithelial cells to produce more connective tissue proteins such as collagens, resulting in thinker airway walls. This effect limits oxygen supply to the tissues, which in turn stimulates proliferation of sub-epithelial cells and formation of new blood vessels, which further thicken the airway wall.

Several studies including our own indicated that the timing of the medication is crucial to limit airway wall remodelling. Steroids and other anti-inflammatory drugs have the capacity to prevent remodelling when applied before inflammation takes place. Applying the drugs during inflammation had no more effect on remodelling mechanism(s).

Furthermore, for steroids (major prescribed drugs for asthma), it is known that in some if not all patients, the glucocorticoid receptor is downregulated when the drugs are applied over longer periods. Thereby, the cells want to avoid constant downregulation of essential processes, which are sensitive to hormones.

In the human, the glucocorticoid receptor is degraded after it acted as a gene regulator and new protein has to be synthesised before the cell can respond to steroids again. The de novo synthesis of the glucocorticoid receptor can be inhibited in the presence of pro-inflammatory cytokines, such as TNF-α or IL-1β, while β2-agonists stimulate its synthesis. Which of the mechanisms is overruling the other has not be thoroughly investigated in humans? Epithelial cells suppressed the proliferation of sub-epithelial cells by secretion of so-called heat shock proteins (HSP), especially during stress.

Moreover, HSP stimulates precursor epithelial cells to proliferate and repair the damaged epithelium. Thus, HSP released by stressed epithelial cells exert a dual opposing function, which depends on the target cell type. In asthma, this control mechanism seems to be non-functional. Furthermore, steroids suppress HSP secretion, which may explain why these drugs have no significant effects on airway wall remodelling; it may rather be that steroids contribute to remodelling.

Despite thousands of studies, the major problem to progress with diagnosis and therapy of asthma seems to be the lack of understanding how different cell types and pro-inflammatory, as well as inflammatory mechanisms affect each other. It would be a big step forward if future studies would be able to monitor a small cohort of patients from the first diagnosis of asthma over one or two years.

The studies should obtain samples like blood, sputum, or bronchial fluids on a regular basis of short intervals (weeks or months), and compare the clinical parameters with metabolomic, proteomic, and transcriptomic methods. The aim of such studies should be to determine if biomarkers and therapeutic targets for asthma vary with time and condition, or if they are stable indicators for the disease.