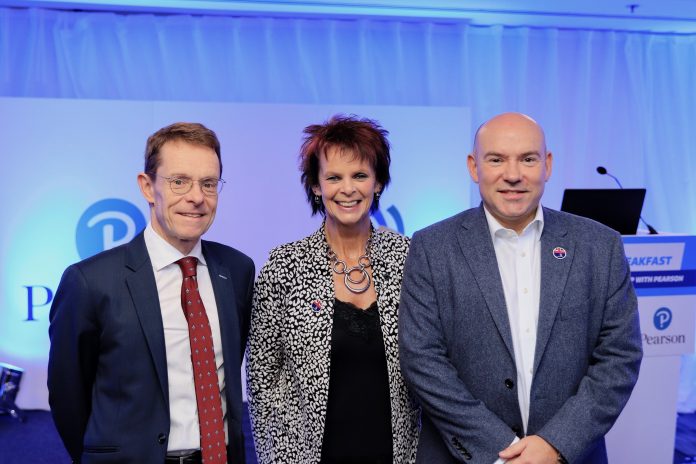 Minister for Skills and Apprenticeships Anne Milton MP and West Midlands Mayor Andy Street were at the NEC, Birmingham this morning (Thursday November 15th) and hailed WorldSkills UK LIVE as critical to the future of this country

Speaking at the opening ceremony of the three-day interactive skills experience she said: “WorldSkills UK LIVE is absolutely critical to the future of this country.

“It’s not only the individuals that benefit by increasing their skills, but the competitiveness of business – that is where the future lies.

“It’s incredible to see record numbers coming to the NEC – and half of them are girls. What’s important to me is that we are seeing a lot more gender diversity. I have been in this job for just over a year and I’m beginning to see real traction.

“Young people are realising that university is right for some of them but actually getting a skilled occupation can give you a bright future.

“My message to business is if you think you have skills and recruitment problems – there are thousands upon thousands of young people out there willing to take up an apprenticeship.

“They are willing to come and work for you that will give you as a business the skills you need for the future – and the competitive edge to win contracts around the World.”

More than 80,000 young people, a record number, have pre-registered for the three-day event which includes hundreds of have-a-goes, the WorldSkills UK National Finals – where hundreds of UK’s skilled elite compete in more than 70 disciplines – and recruitment drives from the country’s biggest businesses.

An estimated 100,000 apprenticeships, jobs, traineeships and countless other courses are on offer at the event.

West Midlands Mayor Andy Street said: “This is such an important event – and where better to hold it than in the heart of the West Midlands?”

CEO of WorldSkills UK Dr Neil Bentley said: “We are delighted with the massive engagement with young people across the country signing up at WorldSkills UK LIVE for a rewarding career – we are helping them ‘go further, faster.”

Businesses and educational organisations have partnered with WorldSkills UK LIVE to showcase their companies, inspire tens of thousands of young people and accelerate their progress finding a rewarding career – with a life-enhancing skill.

Among the organisations exhibiting and interacting with young people at the three-day event at the NEC, Birmingham are: