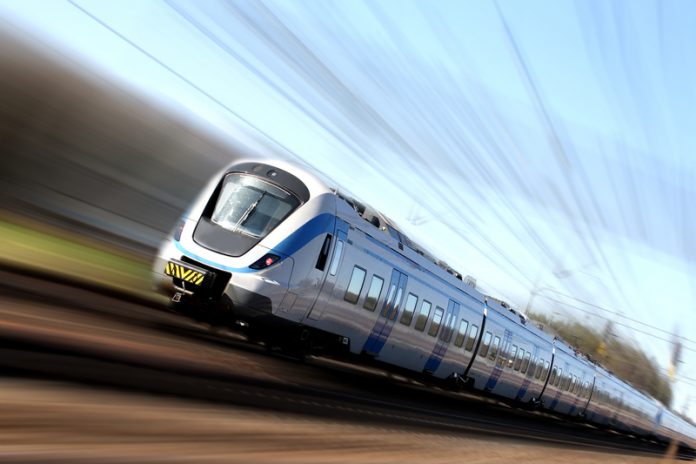 Graduates of the National College for High-Speed Rail in Yorkshire are set to play a leading role in designing, building and operating the UK’s future rail network, the Transport Secretary has stated

Visiting the world-class facilities at the National College of High-Speed Rail in Doncaster, the Transport Secretary Chris Grayling saw how Yorkshire’s apprentices are gaining crucial skills and experience, ensuring a new workforce will be ready to deliver HS2 and future rail projects.

The visit follows the Prime Minister’s announcement that up to £780 million will be invested on the East Coast Main Line by the early 2020s — enabling faster and more frequent trains with more seats for passengers between Edinburgh and London – and highlighting the need to train more skilled apprentices.

Transport Secretary Chris Grayling said: “With up to £780 million set to be invested in the East Coast Main Line by the early 2020s, we are ensuring passengers across the country get the fast, reliable and modern services they need.

“There is no doubt that the talented graduates of the National College for High-Speed Rail in Doncaster will play a leading role in realising that vision. Yorkshire’s apprentices will be instrumental in creating the future rail network of the UK, helping to improve vital connections between our cities and drive forward economic growth.

Clair Mowbray, chief executive of the National College for High-Speed Rail, said: “We welcome the transport secretary’s ongoing support for the college, and look forward to continued dialogue with the government so that we can fully realise our potential as the largest of five national colleges.

“Last week’s progress update on the government’s transport infrastructure skills strategy has shown that improved connectivity will be the key to rebalancing Britain’s economy. The college has a major role to play in this, by working with businesses across Yorkshire and further afield to equip the national workforce with the world-class skills they need to drive forward existing schemes, as well as future projects from Britain’s record £600 billion pipeline. However, if we are to succeed, we will need to see more and more businesses investing in their pipeline of talent, so that we can deliver the 21st-century infrastructure that Britain needs.

The visit follows the publication of the Transport infrastructure skills strategy: two years on report, which shows that significant transport investment is leading the way in creating apprenticeships, helping unlock brilliant careers and tackling the need for the engineers of the future.